The Mandaree High School held their 2022 Commencement Ceremony on May 21 inside the newly built school. Six seniors received their diplomas in front of a large crowd of friends, relatives and faculty members.

The ceremony began with the Honor Song performed by the Mandaree Singers followed by the Invocation by Lyda Bearstail.

Beston thanked family, friends and faculty for all their support before she gave a heartfelt and tearful address to her fellow classmates. “We’re all going to different places and it’s ok to be afraid. It’s ok to not know what you’re going to do next, but later down the road it will all make sense,” Beston said.

Salutatorian, Ashlyn Grady, took the podium next to address her class and those in attendance. Grady reflected on her lifelong friendships with her classmates, as they have all known each other since early elementary school. She also gave a moving tribute to her late father who she says inspired her at an early age to excel at school.

Eldora Poitra and Verna Lone Bear were the guest speakers at the 2022 Graduation. They both spoke about the importance of knowing yourself and following your passions.

Mrs. Bluestone and Ms. Bradfield presented the Class of 2022 their diplomas as loud cheers and applause echoed throughout the new gymnasium.

Harriet Good Iron gave the Benediction before the Mandaree Singers performed the Recessional.

The Class Theme for the 2022 Graduates was, “Dripping in Gold.” The Class Flowers were the White Rose and Lily. The Class Colors were Gold, Maroon and White. 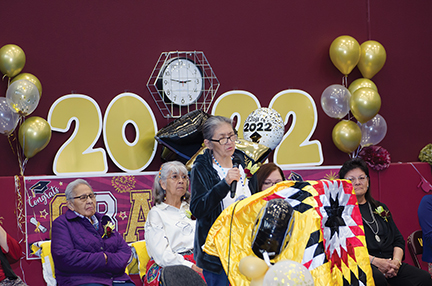 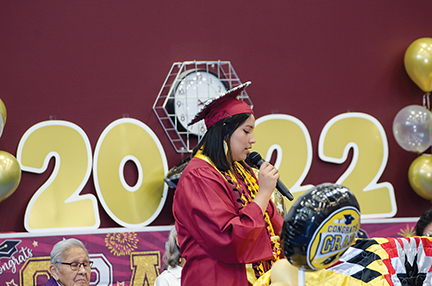 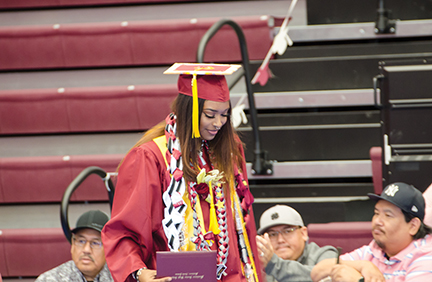 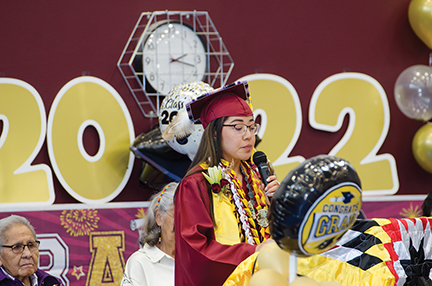 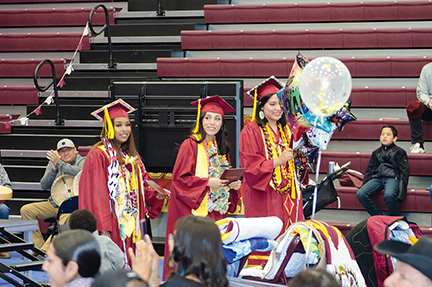 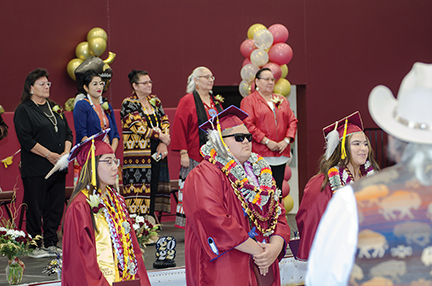 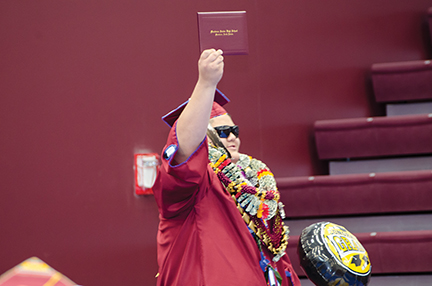 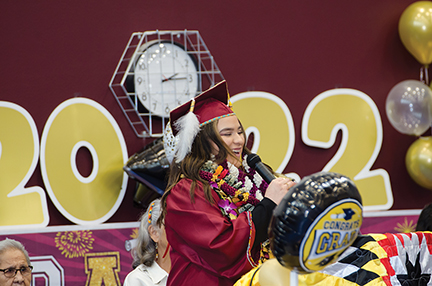 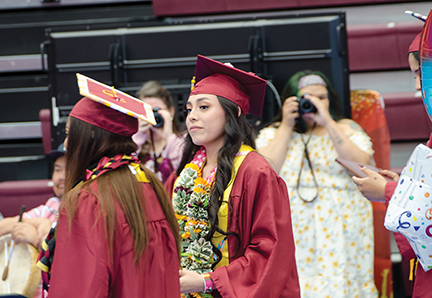