The United Tribes Technical College held their Spring Commencement Ceremony on May 13 at the Bismarck Events Center. Thirty nine students were awarded their diploma, Associates, or Bachelors degrees at the event.

The graduation began with the Grand Entry sung by the Fort Yates Singers and led by the United Tribes Technical College Color Guard.

Pastor Bobby Gray Eagle gave the opening prayer to those in attendance at the Bismarck Events Center. He spoke about the strong winds that we present that day and how they were actually a blessing. “It tells us that those ministering spirits are here with us. We pray that you will place them in this room and that they will bless all the families and the nations that are represented here,” Pastor Gray Eagle said.

Computer Instructor and Master of Ceremonies, Vince Iglehart, took to the podium to recognize all the active military members and veterans that were present.

President of United Tribes Technical College, Dr. Leander McDonald gave the Welcome Address to the Class of 2022 and those in the audience. He complimented the 2022 class for the difficulties they had to endure over the last two years. “Despite the challenges of traversing their education during the course of the pandemic over the last two years, the students being recognized today have completed all their course work and will receive their degrees. They are role models of leadership not only here at UTTC, but also in their home communities,” Dr. McDonald said.

Cecilia Fire Thunder was the keynote speaker for the 2022 Graduation Ceremony. She is a nurse, community health planner, and tribal leader of the Ogala Sioux in South Dakota. In 2004, she was the first woman to be elected president of the Tribe.

She began by congratulating all the students for their hard work and accomplishments. She also recognized the family and friends of the 2022 graduates, stating that their support is critical to the success of the students. She went on to discuss the importance of knowing who you are and where you come from. “Springtime is a reminder for us as human beings to reassess our lives. It’s time for us to take a hard look at ourselves and say, what do I have to do for my roots to go deeper, my branches to reach further, and my leaves to grow bigger and stronger,” Cecilia said. She emphasized that springtime is a time of renewal for every one of us. She reminded those listening, to always take the time to look at yourself and see what you have to do to be a better human being.

Cecilia brought out her mila (knife) and showed it to the crowd. She explained when she was  inaugurated as the first woman president of the Oglala Sioux Tribe, the Medicine Man and Elders proclaimed that from that day forward, women would carry their knives to show that they have regained their power as human beings.

She also reflected on the time she spent as a young mother on welfare. Cecilia needed to find a skill so she could support her children and she ended up choosing nursing, which she excelled at. She pointed out that new graduates will likely end up switching paths in the future. “Throughout your lifetime you will move from this career to that career. For the rest of your life, you will be learning. One of the greatest gifts that was given to us fifty three years ago was the creation of this school called United Tribes. Fifty three years ago their vision was for you to get a piece of paper that says this is something that you’re going to do,” Cecilia said. She elaborated on how the weapons of war have been changing over the years. “We are no longer fighting with bullets and rifles. Fifty three years ago, those men and women from those five Nations who put this education system together realized that the weapons for the future was education,” Cecilia said. She stressed the importance of education as a means of propelling yourself forward and leveling the playing field for future generations.

Cecilia Fire Thunder concluded by reminding the graduates that they are the weapons of the future to make our communities better and stronger.

Following the keynote address, Lisa Cantlon was awarded the Faculty Member of the Year Award.

Butch Thunder Hawk was also recognized for his forty nine years of service to the school. Two weeks prior to graduation, Butch informed his collegeaues he’d be retiring at the end of the years.

The ceremony ended with the distribution of diplomas to the deserving graduates. Friends, relatives, and all in attendance cheered loudly as each person went to the stage to finally grasp that piece of paper that made their achievements official. 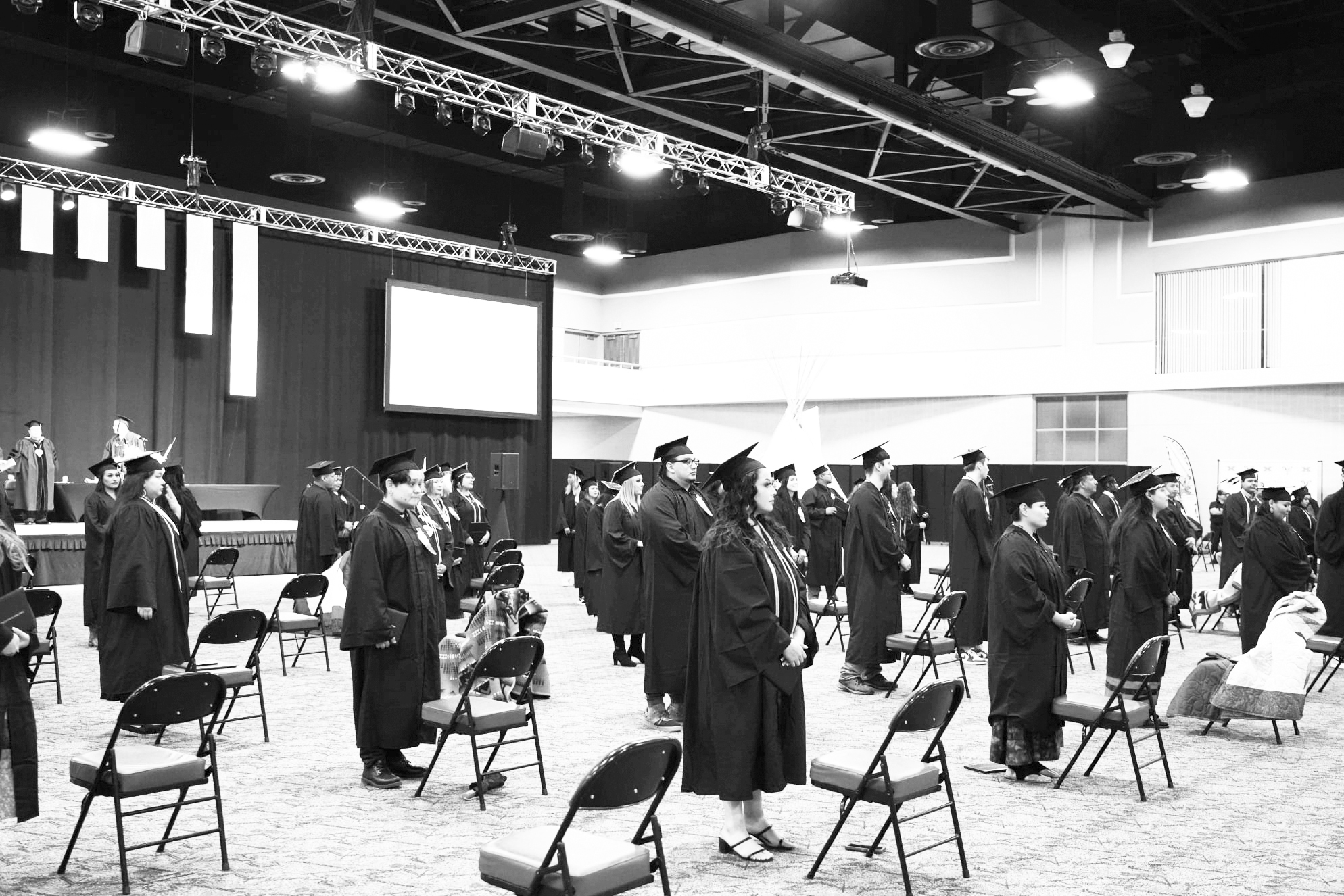 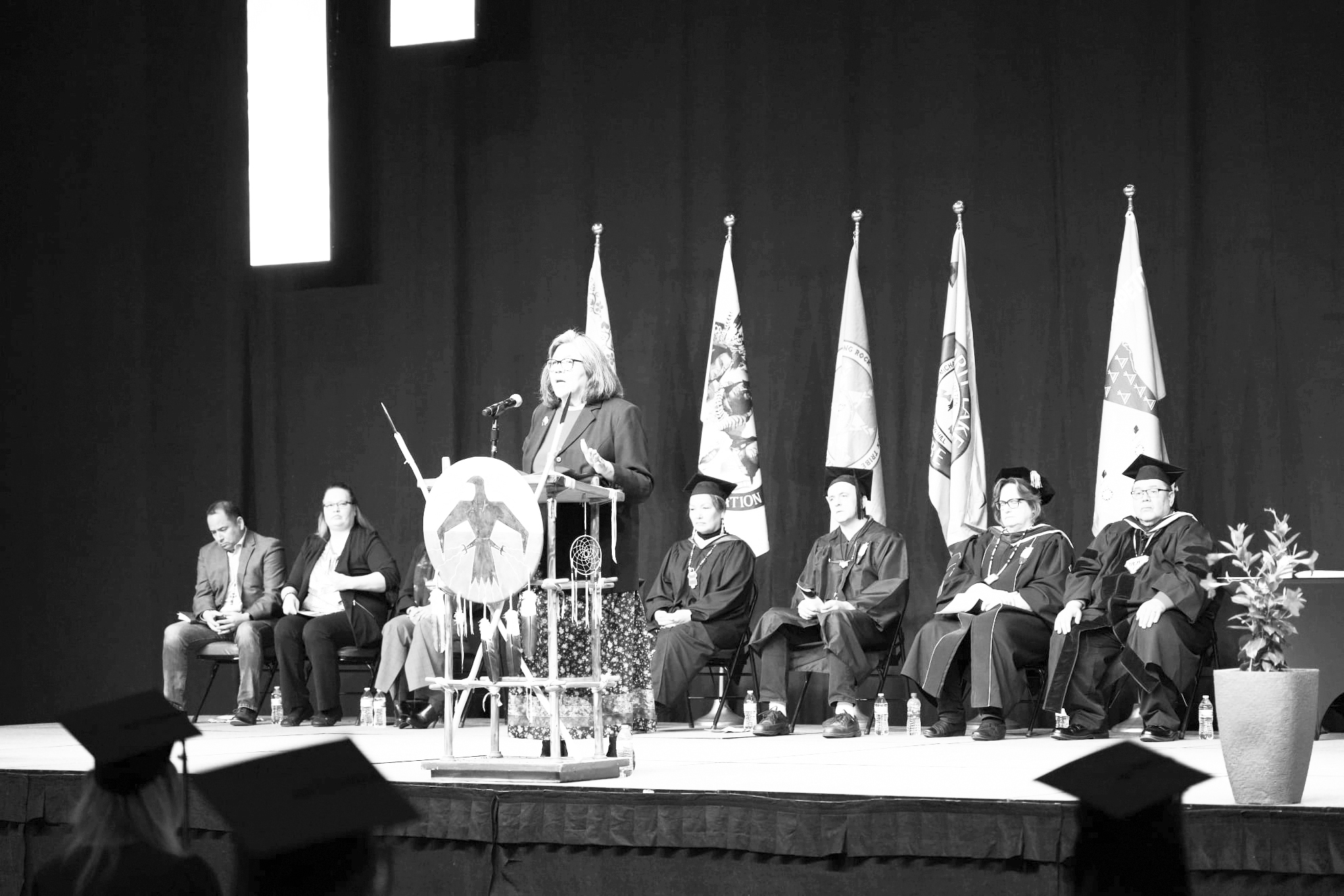 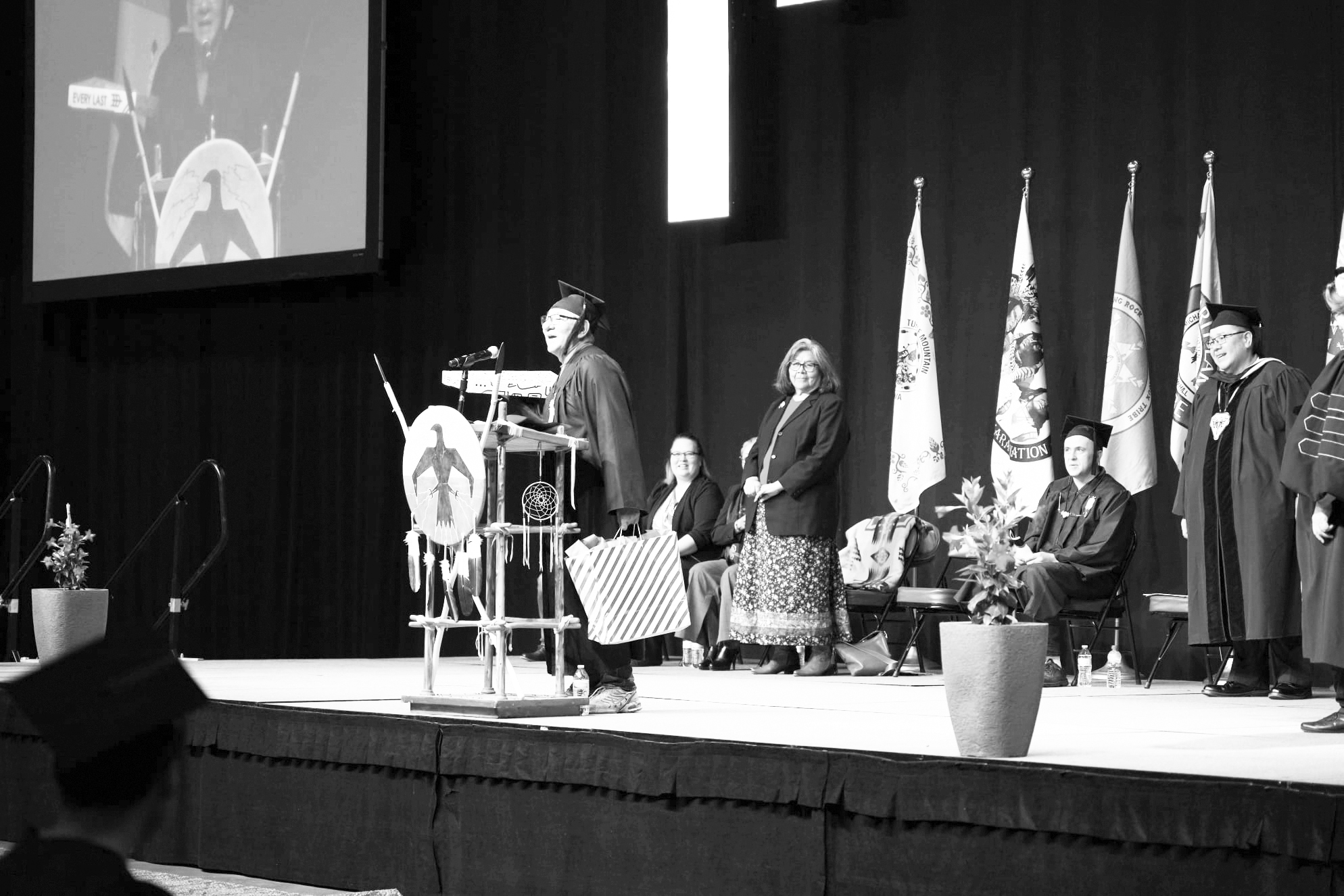 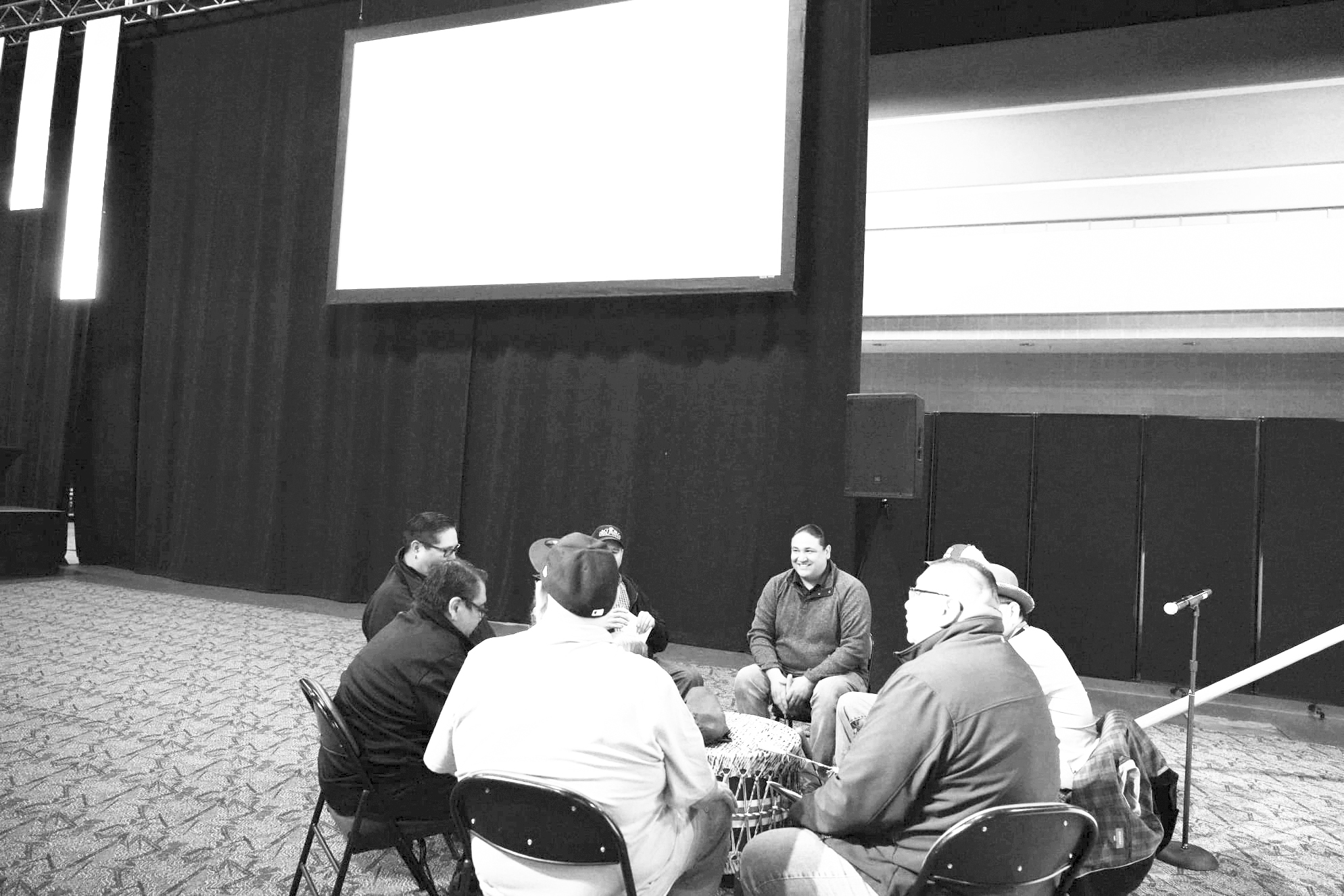