Search and Rescue Efforts Continue for Charles Bearstail as of May 2, 2022.

As of May 2nd, 2022, the MHA Emergency Operations Center continues its search and rescue efforts for Charles Bearstail. Bearstail was reported missing at 10:37 am on April 27th, 2022. He had last contacted his family members on April 24th, 2022. A Silver Alert was requested but has not been implemented as Bearstail did not meet the criteria. He is a few months shy of his 65th birthday. “The public is asked to report any information on Mr. Bearstail’s whereabouts to Heather Baker, BIA Special Agent 701-627-3617 or 701-550-5646.” States the April 29th, 2022 press release. 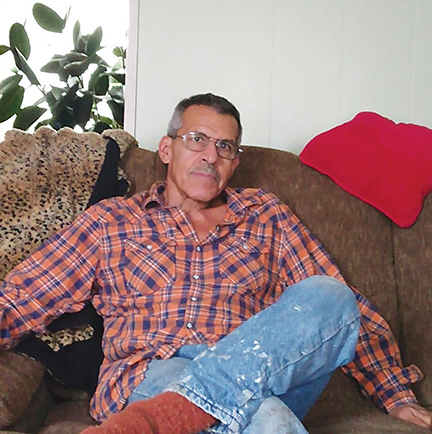 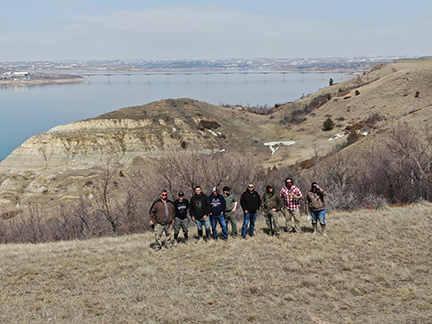 MHA Drug Enforcement in their division area of search.

He enjoyed outdoor activities such as kayaking and posted pictures of himself kayaking on Lake Sakakawea on Facebook a few days prior to his disappearance. Family members reported him missing when they found his vehicle without a trace of Mr. Bearstail after multiple days of no contact. A kayak matching the general description of the one belonging to Bearstail was found on the east lakeshore of Lake Sakakawea on April 27th, 2022, according to the press release. 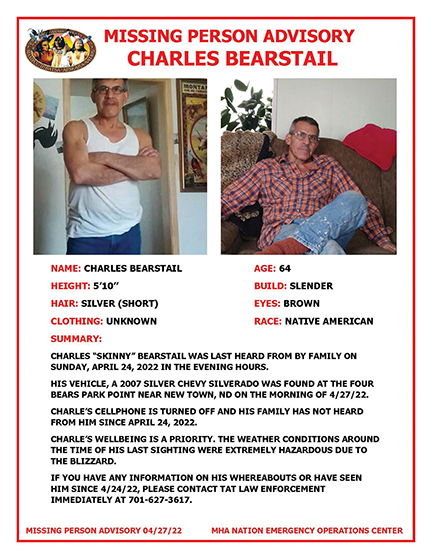 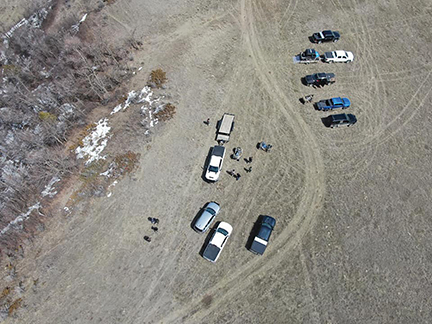 Aerial view from drone of Division Alpha getting ready to hike into their search area. Photo courtesy of J. White. 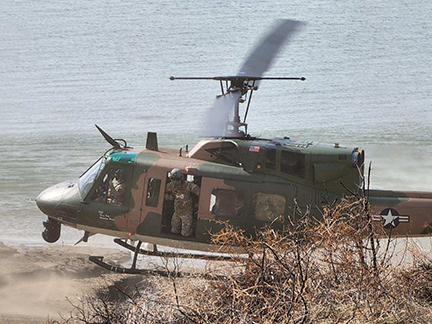 Photo courtesy of B. Freeman 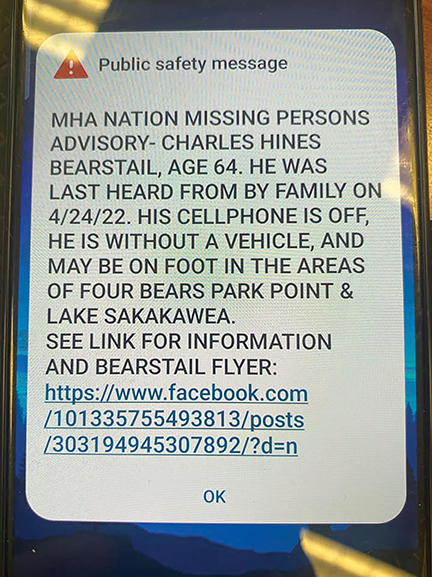 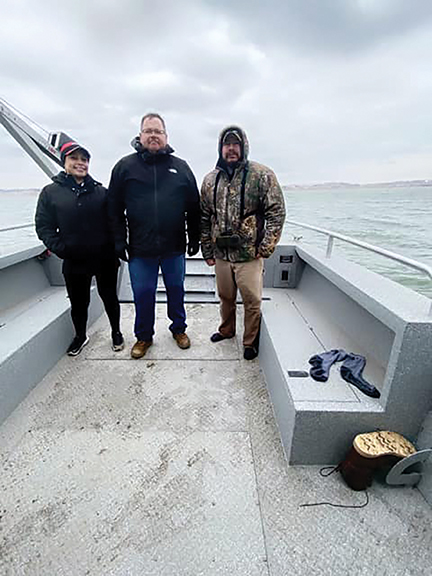