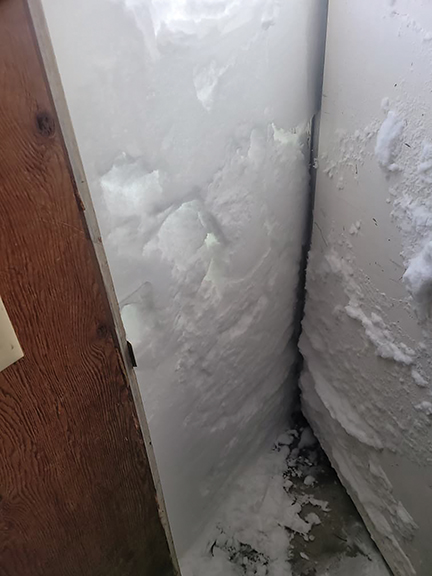 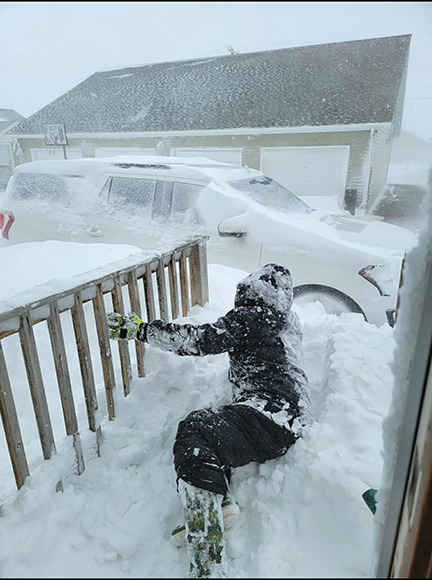 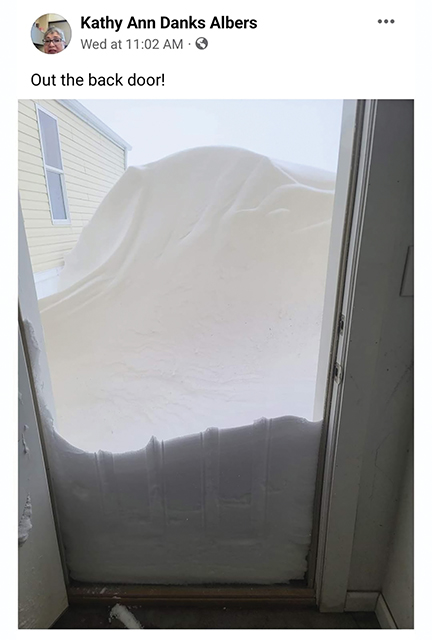 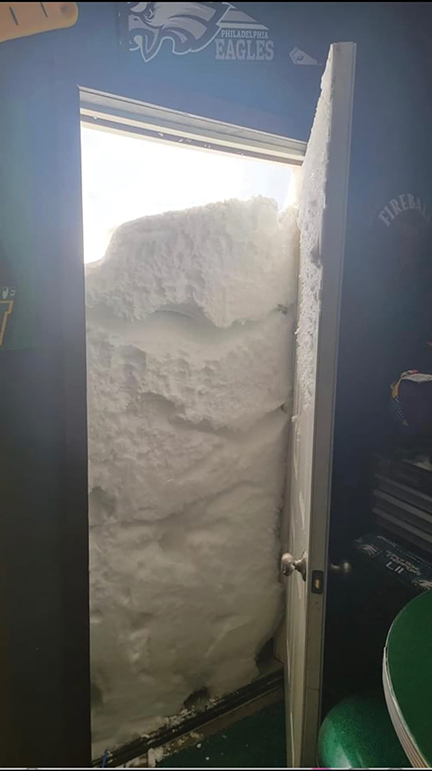 A significant Spring blizzard impacted the state of North Dakota, including the Fort Berthold Reservation, from April 12th through 14th 2022. Leading up to the event, the National Weather Service used words like crippling and historic to help the public understand the potential havoc a storm of this magnitude could create. The forecast called for widespread snow amounts in the one to two feet range, with some areas over north-central North Dakota possibly receiving over thirty inches. They urged residents to prepare for the storm in advance and not wait until the last minute to get groceries and other items in case they were snowed in for several days. Social media posts showed empty grocery store shelves all across western and central North Dakota by the evening of the 11th as anxious North Dakotans not only stocked up for the storm, but also for the upcoming Easter holiday weekend. This combination likely led to the shortages that plagued many stores in the area.

Temperatures also climbed into the fifties on April 11, leaving some wondering if meteorologists had made some kind of mistake pertaining to the upcoming storm. Any doubts were short-lived though, as most North Dakotans awoke Tuesday morning to drastically colder temperatures and snow.

Conditions continued to deteriorate throughout the morning and afternoon as bands of heavy snow moved in from the south. By Tuesday evening most of the state was under a Travel Advisory and it wasn’t long before the Highway Patrol closed I-94 from Billings, MT to Jamestown, ND. Snowfall rates continued to increase overnight Tuesday into Wednesday and most of the highways in North Dakota were closed except for those in the southeastern portion of the state.

Before many highways across the Fort Berthold Reservation were closed, the MHA Emergency Response Center informed the residents that roads were becoming impassable and visibility was little to none through social media and emergency announcements through the radio on KMHA 91.3FM. No Travel was advised across most highways through the reservation throughout the blizzard and highways 200 and 1806 were completely closed and impassible. The MHA EOC worked with each segment and set up warming shelters prior to the storm in case of a power outage. They also set up transportation for those that needed assistance. They urged those in the area to stay home and stay warm.

Three Affiliated Tribes Law Enforcement also communicated safety advisements through their own Facebook page as the storm evolved over the area. On the afternoon of the 14th, Three Affiliated Tribes Law Enforcement stated, “Highway 23 to Keene and south have verified reports of 3+ feet of snow on the roadways. The road is not visible at this time, and is not usable. Please do not travel at this time.”

Not everyone took this advice. The Tribal Law Center continued to get reports of people attempting to utilize the hazardous roadways. They pleaded with the public not to take any unnecessary risks. “We need you to understand the seriousness of the weather conditions. Emergency services cannot respond as they cannot travel on impassable roads. You may be stuck for hours without heat in blowing snow and freezing air temps. This makes for life-threatening conditions.”

It wasn’t until Friday that most highways were able to reopen and people were finally able to dig out from the record-breaking snowfall. Minot ended up with the most snow in the state with 36 inches measured. Further west across the Fort Berthold area, widespread two-foot snow totals were recorded.

Area residents were able to capture some of the wintry scenes as the storm unfolded across the region. 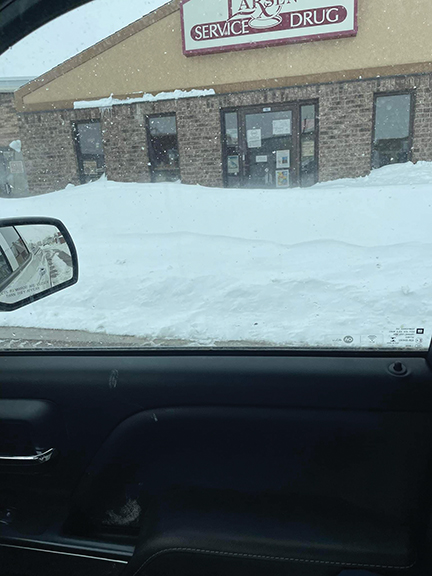