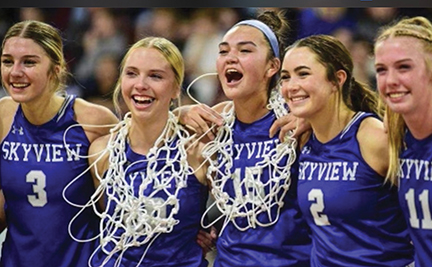 The MHA Nation is blessed with naturally-talented athletes and that inherited ability is many times taken to other communities and states to shine on every level of competition and sports. One of the latest MHA Nation tribal members was a huge part of her team winning the Montana Class AA girls state basketball championship.

Morning Grace Spotted Bear is a gifted athlete who plays like the bird of prey her team is named for – the Billings Skyview Falcons. She plays a guard position who plays outstanding defense and pressures the ball thwarting any opposing team offensive efforts. A true team player, Spotted Bear played all 32 minutes of the championship game because of her relentless defense and the way she kept the other team on edge. She also can be a big factor on offense as well, but her forte is defense, which every coach knows wins games against even the best offense-oriented teams. She has been in the top three in steals in the state 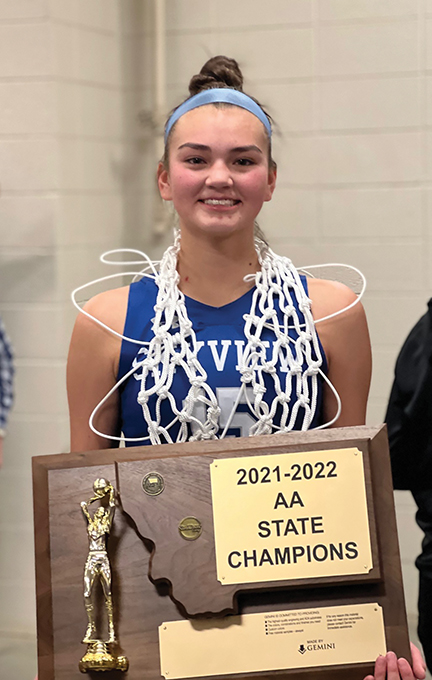 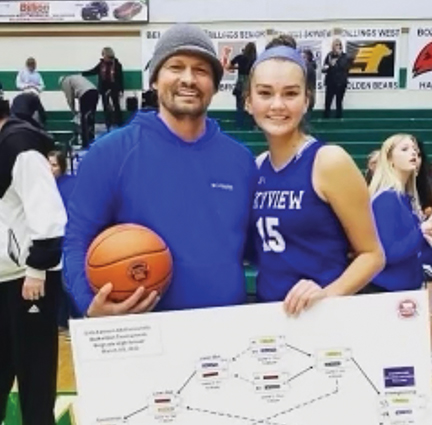 for girls’ basketball the last three seasons and is noted for her combination of speed and strength. She was an honorable all-conference pick in her junior year last year leading Class AA in steals with 3.47 per game and was ninth in assists per game with 2.74 apg.

Spotted Bear was honored after the Falcons superb season with her own individual honors as Co-Defensive Player of the Year for Montana AA, All-State Tournament honorable mention, second team All Eastern Conference player, while leading her team to a 22-2 season record with a 16-game winning streak to close out the season. The Falcons were undefeated at home this past year.

The MHA Nation star athlete and newly-crowned state champion’s father is Twin Buttes (South Segment) Council Representative Cory Spotted Bear and he is extremely proud of his daughter. Despite his busy schedule, he managed to attend all of her games this year and he was proud to have witnessed a young lady who exhibits extreme passion for the game. He respects the hard work that it takes for any athlete to become a state champion. He noted that his daughter is first and foremost, a very focused team player who does whatever it takes to win a game.

“The first year she played, they won only one game and her sophomore year when she became a starter, the (Falcons) jumped up to nine wins and then her junior year, they won even more and this year, the team won it all. For me to see a player play every minute of a championship game was something really special. You don’t see that in high school ball very often, so it shows just how valued she is for her all-around play,” said Councilman Spotted Bear.

Morning Grace Spotted Bear is a four-year varsity letter recipient for the Falcons in both basketball and track. She will be concentrating only on academics and basketball when she attends college this fall at South Dakota School of Mines in Rapid City. The senior has maintained a 3.25 gpa in her high school career.