Nellie Boyd, a member of the MHA Nation and animal advocate, has been working hard to change animal welfare laws on the Fort Berthold Reservation, in North Dakota. Boyd hopes to go further and change the laws in the entire state of North Dakota. 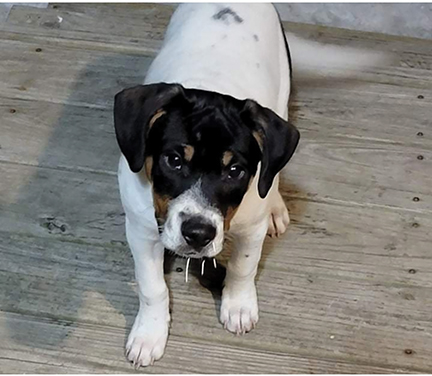 Boyd has witnessed many situations where she believes that local animals are left in unsafe conditions. Examples include but are not limited to: small unspayed dogs left to wonder and dogs left tied out without shelter in extreme winter weather conditions.

When calls have been made in regards to local animals being left out, many times she has heard back that the dogs in question were guard dogs and North Dakota has no guard dog regulations. Boyd found that in Washington State owners must receive a license to have guard dogs, additionally, there are inspections and regulations “They require that the dogs have vaccinations and guard dog training, they also require a notice on the property.” Boyd explained of the Washington State Law “Final requirement was that they have a fence or chain link enclosure in the back of the building for the dog or dogs.” She continued.

Animal abuse and neglect are illegal in North Dakota. Animal Abuse is a class A misdemeanor for the first offense and the second offense is a class C felony. Boyd believes that the laws are not specific in all areas as far as what constitutes suitable conditions, especially outdoors. This could allow animal abuse and neglect to occur- without law enforcement having an opportunity to intervene because the laws may not be specific enough. In North Dakota, in the winter, the weather can easily reach negative 50 degrees or colder with wind chill taken into account. The summers have extreme conditions as well. While many areas do specify that animals should have access to shelter, they do not always specify what constitutes acceptable shelter.

Boyd started by speaking with various local authorities regarding animal welfare. “I went to the city council, but the city council said that it was the tribe’s responsibility but that they would review their laws,” Boyd explained in regards to her initial complaint and concern to the New Town City Council.

In New Town, North Dakota there are multiple jurisdictions that handle situations of animal abuse or neglect depending on whether the abuse occurs within the Fort Berthold Reservation and whether the accused is an MHA Member or not. When in doubt about jurisdiction, a concerned citizen can contact MHA Animal Control or Mountrail County Sherriff’s office, and then they can direct them to the right area.

“They want people to leash their dogs.” Explained Boyd, in reference to local authorities. Authorities would rather a dog be leashed than dogs roaming around town, causing a public nuisance and endangering themselves. Boyd would like to ensure that dogs that are chained or leashed still have access to proper shelter, food, and water at all times and a heated water bowl in the winter.

“It took me several months to get on the Natural Resource Agenda.” Explained Boyd “My concerns were brought in by these dogs being leashed out, to small animals (meaning cats and dogs) being exposed to the brutal winter weather conditions.” She continued “This winter I saw videos on social media of people trying to rescue to animals that were totally exposed to the cold.”

Shelbe Bearstail, an MHA Member and Board Member of Stanley Animal Rescue Group gave insight on the severity. “It’s crazy to think how many cats and dogs freeze to death during North Dakota’s Brutal winters.” Said Bearstail, who has saved many animals that were nearly frozen to death and witnessed many that were already frozen to death before they could be saved, in her volunteer efforts.

“There is a need to create a state-wide law regarding this.” Boyd stated, but she also explained “It might be challenging to have a statewide law because it varies, each breed.” Boyd went on to research city ordinances within different places in North Dakota and Nationally to find a suitable recommendation. “During the winter months, when dogs are leashed out.” Explained Boyd “Yes, you can leash them but you could do it with some reasonable accommodations.” She went on the explain, “In Minot, the dogs that are leashed out have to have a six-sided structure, meaning 4 walls and a ceiling and a roof, and they have to have a heated water bowl.” Boyd explained about the accommodations required in Minot, ND.

She also explained that there is a bill in Connecticut that, if approved, during weather advisories, will require owners to limit their pet’s exposure outside to no more than 15 minutes at a time. It also requires that they have adequate shelter, with not just enough room to move but also insulated enough to regulate their own body temperature. It does take different breeds, sizes, and physical conditions into consideration also.

“Mandan, Hidatsa, and Arikaras, when they lived in Earth Lodges, dogs were an important part of their culture.” Explained Boyd “They carried wood when the women gathered it every morning and they had designated areas in the earth lodge for the dogs to stay.” She stated that when she spoke with the TAT Natural Resources Department that she explained: “We need to step up and do a better job of taking care of dogs on the reservations.” “I requested that a meeting be set up with MHA Animal Control, the New Town Police, the local organizations that rescue and rehome small animals such as Stanley Animal Rescue Group and The Stray Sanctuary, to discuss concerns and issues in regards to the care of small animals on the reservation and to propose better animal laws, especially during the winter months.” Boyd continued “The committee did agree that the laws should be revised and they designated a woman that was there.” She explained, “to go through the laws.” She continued “She was going to have some revised laws to present to the council at the end of the month.”

Boyd is dedicated to changing the local laws in order to prevent animals from freezing to death in the winter. She would like owners to make sure that their pets have adequate shelter, water, and food. She would like law enforcement to have more specific laws to ensure that they have the ability to enforce these laws when needed.  This stoy is ongoing and MHA Times will update accordingly.