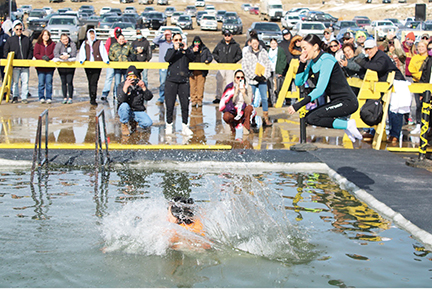 MHA Nation’s sixth annual Ice Warrior Plunge took place in the ice-covered Lake Sakakawea on Monday February 28th. A crew cut a square portion of out the lake so that groups of people could take their plunge in the ice-cold waters. On the day of the plunge, temperatures were a lot nicer than they had been previously. However, the wind and water still made for a cold dip in the lake.

A crowd gathered to watch and support the ice warriors. Guest MC Charlie Moran spoke over the crowd, and the plunge was kicked off by an opening pray from Delvin Driver Sr. The first set of ice warriors to take the plunge were members of the MHA Tribal business 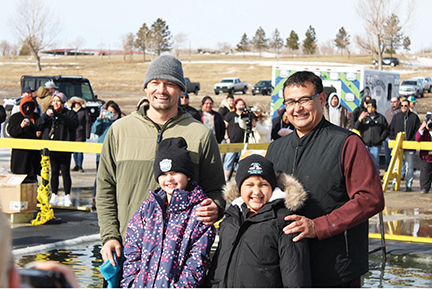 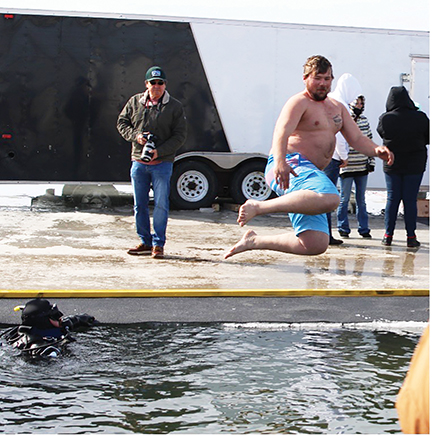 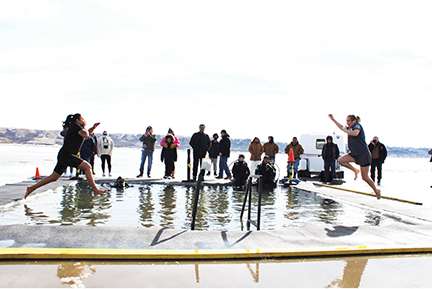 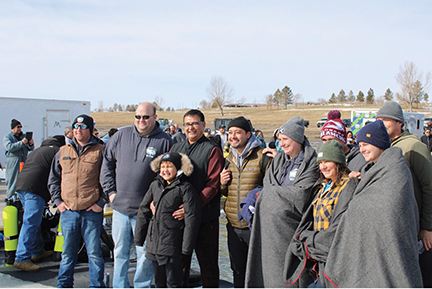 council; Chairman Mark Fox and his son Elijah Fox, Councilman Corey Spottedbear and his daughter Shahkohe Spotted Bear; Councilman Mervin Packineau and his sons. Elijah and Shahkohe were the youngest ice warriors that participated in the plunge this year.

The Ice Warrior Plunge was first created in 2016. The purpose of the plunge is to raise money for the American Indian Cancer Foundation and other local programs and organizations. Native Americans suffer from cancer at much higher rates than other populations. The plunge is held every year to raise awareness and also help raise funding to help the Native population. Since its creation, the Ice Warrior Plunge has raised hundreds of thousands of dollars. Each year, they hope to raise at least $50,000 and have at least 50 jumpers.

At the time of this article’s publication, at least $50,000 was raised and this year’s plunge had a total of 71 jumpers. They are still receiving pledges and the grand total is expected to be much higher. There was quite a bit of jumpers who took the plunge into icy water for loved ones who have suffered from cancer; some jumpers were survivors of cancer themselves. All the money raised and the jump was all for a good cause. 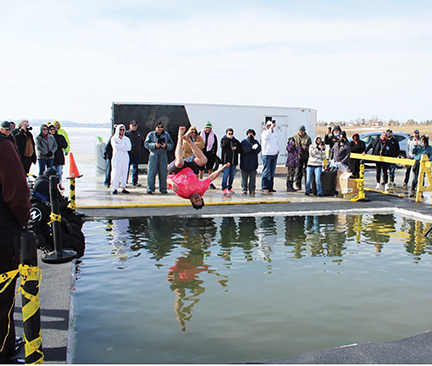 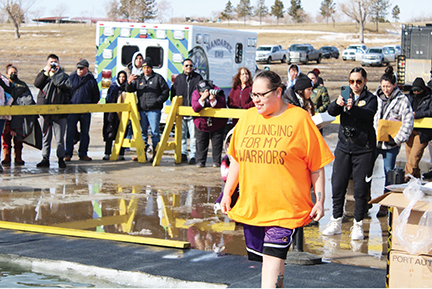 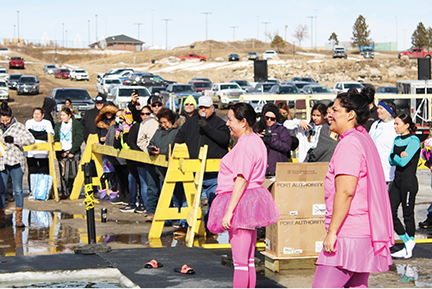