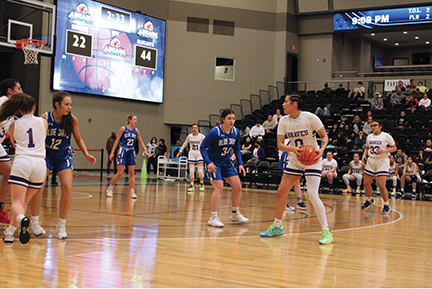 Three MHA high school girls’ basketball teams played their hearts out last week in the 2022 Region 8 tournament, which was held at the Four Bears Event Center in New Town. The Parshall Braves, New Town Eagles, and Mandaree Warriors made it through the district 15 tournament and qualified to play in regionals. Some came close, but the New Town Lady Eagles got themselves the closest to the State Class B tournament, which is being held in Grand Forks this year.

The quarterfinals kicked off on February 21st with the New Town Lady Eagles playing against the Tioga Pirates. The Eagles won with a score of 53-50, advancing them to the semifinals. In the third game of day one, the Mandaree Warriors lost to the Kenmare Honkers with a score of 29-51. In the final game, the Parshall Braves lost against the Stanley Blue Jays in a 37–58-point game. The Warriors and Braves had a long and great season. Unfortunately, their seasons ended after the quarterfinal game on February 21st. 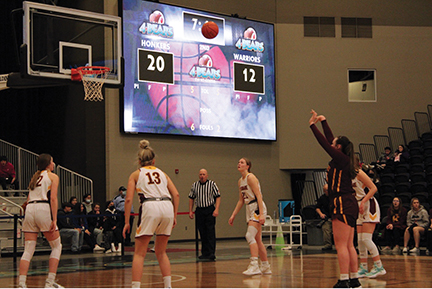 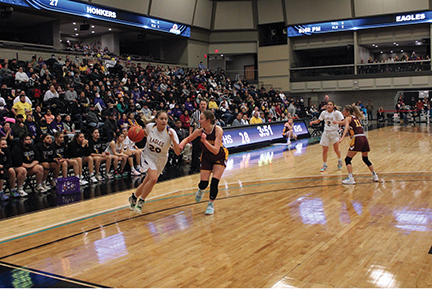 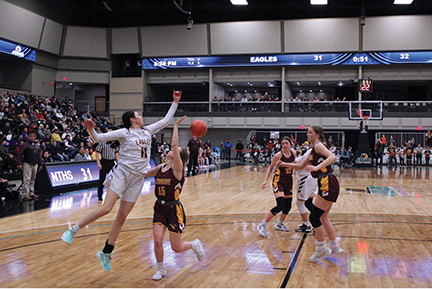 The New Town Lady Eagles played in the first game of the semifinals against the Divide County Maroons. The lady Eagles played a great game and won with a score of 53-36, advancing them to the final round of the Region 8 basketball tournament. Kenmare beat the Stanley Blue Jays in the second game of the semifinals, also advancing them to the finals against New Town.

During the third and final day of the Girls Region 8 basketball tournament, New Town and Kenmare went head-to-head for a chance to qualify for the State Class B Basketball tournament in Grand Forks. The stands were packed with friends, family, and fans from all over. The Lady Eagles and Kenmare Honkers played a close game during the first half. Upon their return from the half time break, Kenmare switched up their playing strategy. The game got a bit rough during the second half. The tension was rising between both teams as they stayed within close range of each other by five or so points. In the end, the Kenmare Honkers won their ticket to the state Class B tournament in Grand Forks by beating the Lady Eagles 45-40. Tears were shed amongst both teams. Some were tears of joy, but some shed tears of disappointment at the end of the fourth quarter. New Town came very close to going to state. They played a great game and had an amazing season, along with the rest of our MHA teams. As KMHA sports announcer and Mandaree coach Kevin Finley puts it, “they played with dignity; they win with dignity, and they lost with dignity”. The community is still very proud of all their hard work and dedication.