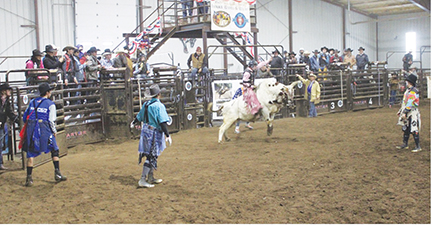 Rough stock sports are alive and well here on Ft. Berthold. The second Cowboy Cool took place on Sunday February 20th at the Healing Horse Ranch just northwest of Parshall. The four-part rough stock series features open division bronc and bull riding. Contestants compete each round for cash prizes. Riders who compete in all four rounds accumulate their scores for a chance at winning trophy buckles during the finale. Riders came from as far as South Dakota and Montana; as well as nearby towns such as Minot, New Town, and Mandaree.  The rough stock animals are supplied by local contractors Marvin Driver (M4) of Shell Creek, ND; Dale Four Bear (4B) of Poplar, MT; and Johnson Bucking Bulls of Mandaree, ND.

The saddle bronc riding event was a lot fuller than the first event, with 17 riders. There were a couple opportunities for re-rides. A re-ride is given by the event judges when there is a malfunction on the rough stock animal’s part. The couple re-rides were given due to the fact that the bronc didn’t buck when it came out of the chute. Tyrus Ashley won third place in the saddle bronc event with a score of 67 on Sin City bronc. There was a tie for first place between Jeremy 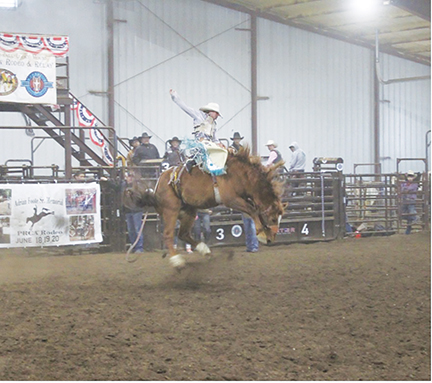 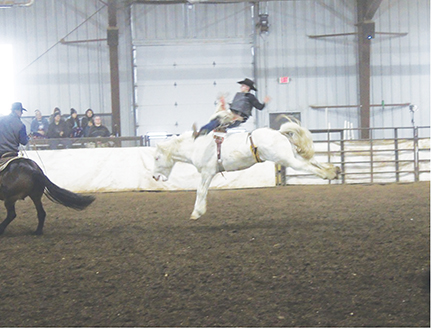 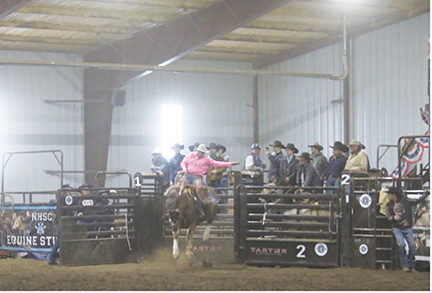 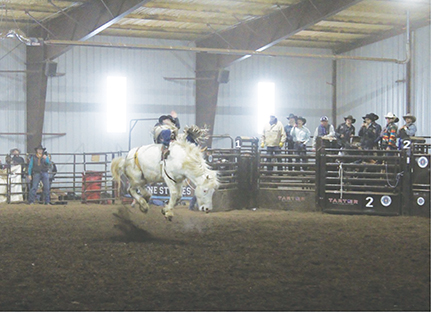 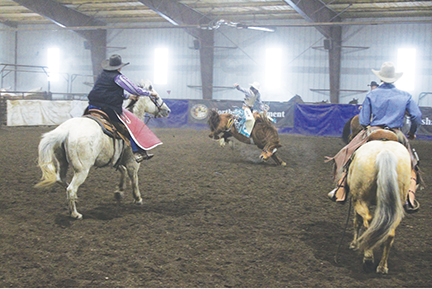 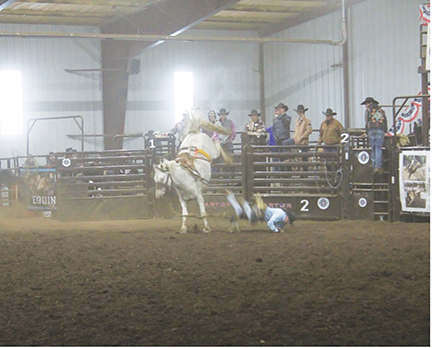 Lester and Chase Casterline, who both scored a 70-point ride. The two riders divided up the first and second place award money. There was also one woman ranch bronc rider. Lashonda LaFontaine took another chance on a women’s saddle bronc. However, she did not qualify for a score. LaFontaine also rode in the first Cowboy Cool series last month.

The final event of the Cowboy Cool was the bull riding. With 20 bull riders registered, some may consider this to be the main event. The bulls were supplied by Tony and Kasen Johnson with Johnson Bucking Bulls out of Mandaree. During this round of the Cowboy Cool, the bulls scored more than most of the riders did. The rough stock animals receive a score when they successfully buck a rider off before the eight second bell. The highest bull score was 21 points. The bull Vider got a high score when it bucked off Kasen Johnson; Cherry Dumb got a high score for bucking off Marcus Two Bulls; and Hell’s Bells also received a high score for bucking off Cowboy Cool’s round one champion Cody Fladleland. Telence Garnette scored a 67-point ride on Brindle for second place. Trayton Janis was the champion bull rider this round with a score of 72 points on Cupcake.

Event organizers Curt Seeseequasis and Don McKenzie hosted another great event, along with the help of Blaine Foote, Marvin Driver, Tony & Kasen Johnson, and Four Bears Casino’s support. Part three of the series is set for March 12th. This will be a “double-header” event, that will include a Junior Young Guns Rodeo for boys and girls ages 5-18. Young Guns is a rodeo school also hosted by Curt Seeseequasis and Don McKenzie. The pair of gentlemen are very excited about the youth getting involved, as the goal of all this is to bring rough stock sports back to Indian country. The younger they can start teaching them, the better. Rough stock and rodeoing is a skillset that anyone can learn and take with them throughout their lifetime. Young Guns gladly accepts any donated items to help with raffles, fundraisers, or any used tack or gear for students. If you would like to get involved with Cowboy Cool or Young Guns Rodeo School, you may call Curt at 701-421-9649.