Recently, within the last two weeks or so, a space probe was launched from somewhere in South America.  The purpose of this probe is to explore distant galaxies and discover the existence of previously unknown universes.  The probe will also be sending photos back to earth of all the new discoveries it happens to encounter.  This is all wonderful and will be quite the accomplishment if successful.  However, there was a statement made by the builders of this space probe that is quite surprising.  They stated that as this probe travels deeper and deeper into space, it will continue to increase its speed.  When the speed of this probe approaches the same speed that light travels, the possibility of this probe taking photos of how and when the universe was “created” becomes a reality.  In other words, the builders of this probe are hoping to find out how the “Big Bang” actually happened, and to be able to capture this event in photos.  You know about the “Big Bang” theory, right? (No…this is not about the tv show).  It is a theory of how our universe and more specifically, how the earth came into existence.  According to science, this theory is not a given.  Still…it is a possibility none-the-less.

Interestingly enough, this probe is yet another attempt for science to prove or disprove a theory that has already been stated about how the earth came to be.  And, for the most part, this theory is accepted by a substantial number of people.  Where, you might ask, can one find this stated theory??  The BIBLE!!  Yes…the statement about how the earth came to be is recorded in the bible.  More specifically, in the first chapter of the book of Genesis.  Now, just because this theory is in the bible, does it mean that everyone has to believe it?  No…to believe or not is totally up to you.  Just know this…there have been several situations where science has proven the credibility and accuracy of the bible.  And conversely, there have been several situations where the bible has proven the credibility and accuracy of science.  All these situations have their origins here on earth.  Not millions of miles out in space.  The primary author of the bible, (that would be God the Father), is not playing peek-a-boo with us from somewhere out in space.  God the Father is here with us.  With us who inhabit the earth that He created.  Do we know this to be true or is this yet another theory?  This statement, that God the Father is here with us, is recorded several times in the bible.  And remember, the bible has been proven by science to be credible and accurate.  What is the point of this…?  Get to know God the Father.  You may be disappointed with what you find…some people are.  You may, on the other hand, find answers to your questions…a substantial number of people have.  Take the time, make the effort.  God the Father is here with us, waiting for you. 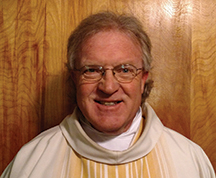