On January 17th, 2022 there is a National Betty White Challenge to donate to one’s own favorite animal rescue, multiple rescues that help animals and families on the Fort Berthold Reservation are participating in the challenge.  Animal Rescues that regularly work on the Fort Berthold Reservation include the Stanley Animal Rescue Group, Raise the Woof and The Stray Sanctuary.

TMZ reported breaking news on New Year’s Eve 2021 that rocked the nation, on December 31st, 2021 Betty White, a nationally beloved actress, producer and comedian passed away in her home, reported the article. As the United States mourned the loss of the American Icon, an idea to honor her went viral- an idea to donate to one’s own favorite rescue on what would have been her 100th Birthday. As all of those that loved her hoped that she would live a healthy life far beyond her 100th Birthday, most of her 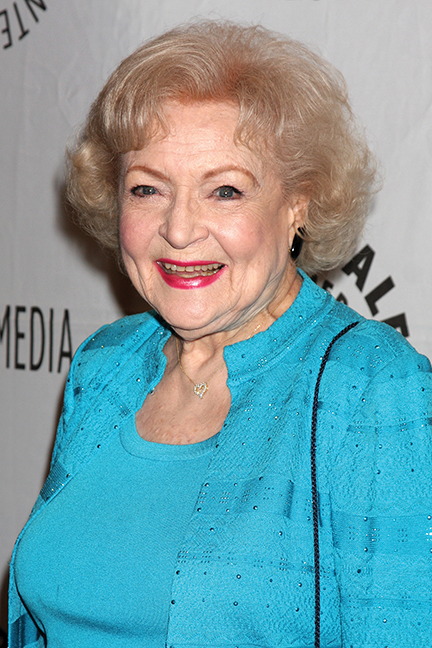 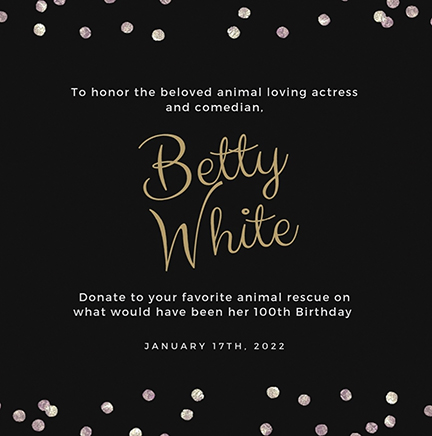 fans were looking forward to that momentous birthday and hoped that she would be alive and healthy on that special day. On January 17th, 2022, they may not be able to celebrate Betty White’s Birthday how they had wished, but they can donate to a cause that she loved in her honor on her special day.

Betty White was born on January 17th, 1922 in Illinois and grew up in Los Angeles. She began acting in the 1940s and became a household name when she appeared in The Mary Tyler Moore Show in the 70s. In 1985, she became an icon by staring in The Golden Girls as Rose Nyland. She also produced her own shows, while continuing to act. White became more beloved with each generation as her comedic personality would warm the hearts of most Americans of all ages. She starred in candy commercials, late night comedy shows and produced her own comedy sitcoms and series that would engage even young adults.

It also well known that Betty White was a lifelong crusader for animals, she was a spokesperson for many animal-related nonprofits including Guide Dogs for the Blind, she hosted a documentary called “Betty White: Champion for Animals.” Which is an educational film where she visits many national parks and other animal protection facilities, she shares stories of her own love for animals and how it began as a child and further explains that she grew up in an animal loving home. If you browse pictures over the years of Betty White, when she is not on set or on the red carpet, she is frequently cuddling a dog or two.

In honor of Betty White, if you would like to donate to a rescue and do not already have a favorite animal rescue in mind, contact one of these three local rescues: The Stanley Animal Rescue Group, Raise the Woof or The Stray Sanctuary. The Stanley Animal Rescue Group is a 501(c)(3) organization and foster based rescue with board members both in Stanley, ND and New Town, ND. Three of the seven board members are also members of the MHA Nation. They primarily save animals and help families with their animals across Mountrail County and the surrounding areas. Raise the Woof is also a 501(c)(3) organization, while they are located in Dickenson, ND, they work closely with organizations on the reservation and help unwanted and homeless animals get adopted in more populated areas with higher adoption rates. The Stray Sanctuary is based out of Parshall, ND and is currently waiting for their 501(c)(3) status to be approved, but they save numerous dogs on the reservation and surrounding areas every week. Each organization has a Facebook Page. We were unable to get links for all three rescues, but Stanley Animal Rescue Group can be reached at [email protected]