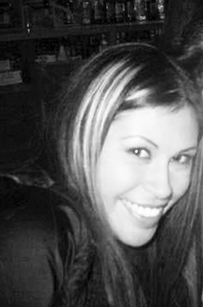 Deidra Ashley Jackson was born February 18, 1986, in Minot, to Kathleen Hall and Darrell Jackson, Sr. She was a child of the Prairie Chicken Clans and a member of the Water Buster Clan. She was given the name Aru cá awi awicagi which means “To Be Friendly”.

Deidra was raised in New Town where she attended Edwin Loe Elementary and New Town High School. She received her GED at Burdick Job Corps in Minot and obtained her CNA (certified nursing assistant) certificate.  She worked as a CNA at Rock View Nursing Home in Parshall, ND, and for the Human Resource Department for Three Affiliated Tribes.

In 2010, Deidra was blessed with her son, Canden Chadwick Cummings. She loved him with her whole heart and loved spending time with him. She was especially close with her brother D.J. Jackson they shared a special bond that no one could break.

Each day she worked hard to be the best person she could be. As her traditional name translates, she was friendly, had a heart of gold, and was always smiling. Deidra was humorous, loved to joke, tell stories, and make her friends and family laugh.  Deidra was a fierce protector and would protect her family sometimes at her own expense. Deidra loved and cherished our Elders and spent a lot of her time listening and taking care of them.