BISMARCK, N.D. (AP) – Gov. Doug Burgum has signed the legislative redistricting bill that was overwhelmingly approved by the state Legislature this week.

Redistricting was among the main issues before the Republican-controlled Legislature in its special session which convened on Monday.

The new map, which won final Senate approval Wednesday, reflects a continued loss of political clout in rural areas due to population shifts in the past decade.

Though the map maintains 47 legislative districts, it creates three new districts in 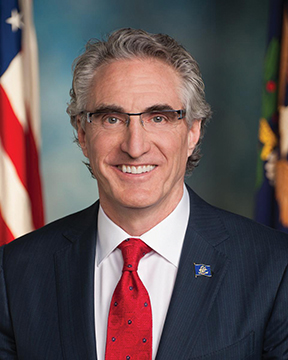 the state’s fastest-growing areas but erases an equal amount in population-lean rural regions. The new map also separates House districts on two American Indian reservations in the state, a move tribal leaders believe will increase the odds for electing their own members to the Legislature.

The redistricting plan was drafted by a GOP-controlled committee of lawmakers over several weeks. It was required due to population shifts reflected in the 2020 federal census.