The North Dakota State College of Science Wahpeton “Wildcats” football team finished their football season going undefeated in the regular season and ranked #2 in the nation in the latest NJCAA power poll. The #2 national ranking is the highest the “Wildcats” have been ranked since the 1999 football season. NDSCS won their 1st round national play-off game vs Mesabi Range from Minnesota. MHA Nation was represented on the “Wildcat’s” roster by offensive lineman Stephan Packineau and Dylan Finley. Congratulations on a perfect season, not many teams are able to accomplish such a feat. 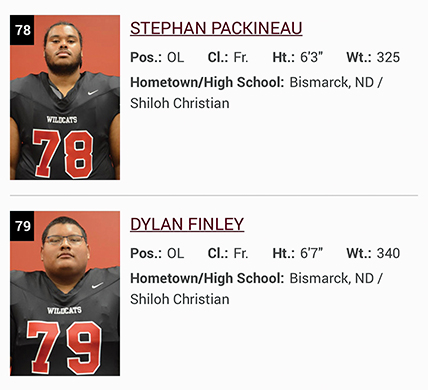