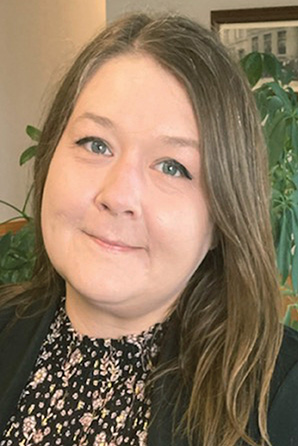 The permanence of print in a changing world

When I was in high school, we filed down to the library (before the rebranding of “media center” entered the landscape). We crowded around the front desk, the librarians eager to show us something called the World Wide Web. “Pick a topic – anything,” one said, and when none of the gangly teenagers volunteered, she chose zebras. She cranked the enormous monitor around and showed us – just type in the word, and you can get all the information you want, far more than our Dewey decimal system offers on these shelves. The ancient printer started screeching, puttering out page after perforated page of entries on the striped animals.

Today, the internet whizzes silently in the background of nearly all we do, be it banking or buying or chatting with our friends and family. We rarely think about it in terms of the infrastructure system it is, nor how it was designed, or the limitations it poses when we rely on it for things great and small. For a brief moment a few weeks back, when the world of Facebook went dark, some were struck with a thought – wait, all my family photos, special memories – what if they are erased? But then, before the day was done, the Facebook machine whirled back to life, and the idea that our internet caches might ever be emptied fell to the wayside.

We are in the early stages of a profound paradigm shift, as society moves from the system of carefully indexed and preserved academic and historical records in libraries and museums, to casting the imprint of our lives and knowledge into the vast space of the internet. But as Harvard law and computer sciences professor Jonathan Zittrain notes in his piece “The Internet Is Rotting” in The Atlantic, unlike the libraries and temples of the past, the internet has no index, and despite our collective thoughts otherwise, no guarantee of permanence. Scholars identify two terms – when content is changed, it’s called “content drifting,” and when it’s eliminated entirely, it’s known as “link rot.”

It’s a fascinating piece, one that explores these topics in far greater detail than I could recount with authority. But the threat to “humanity’s collective knowledge” it explores is far from just academic blather. It’s real. CNN Business just investigated the way that the demise of Adobe Flash destroyed “some of the most iconic 9/11 news coverage” along with “other major events from the early days of online journalism.” Just the other day I read about the city of Lewiston, Minn., a few miles from my former newspaper, the Winona Post. Lewiston was hit with a cyber attack – a ransomware attack that stole the city’s files and locked up its computers. It ultimately paid $60,000 – 1.5 Bitcoin – to retrieve access to its data. It turns out that, if we want to ensure that our most important records are maintained, unchanged, into the future, we need to make sure they are tethered to something more tangible than the vast and unregulated world of the internet.

Zittrain and his colleagues investigated the extent of link rot in 2014 and again last spring. The first study found that 50% of links embedded in U.S. Supreme Court opinions since 1996, when the first hyperlink was used, no longer functioned. A full 75% of the links found in the Harvard Law Review had rotted – disappeared – as well. Zittrain’s studies of thousands of scientific and government websites, and the “link rot” and missing information that plagues them, gave way to this pointed thought:  That the design of the internet creates “gaps of responsibility for maintaining valuable content that others rely on … and as tangible counterparts to online work fade, these gaps represent actual holes in humanity’s knowledge.”

As a journalist, these ideas beg plenty of questions. The thing that immediately comes to mind is what some politicians see as a way of saving a few bucks in doing away with printing government records. “Just throw them on the website” is a concept that comes up during our legislative sessions, when legislators push bills that would have public notices simply added to the graveyards of local governments’ websites, places few residents ever travel, and where there’s no real way to ensure they aren’t altered or eliminated. Since the beginning of North Dakota statehood and when newspapers were rolled through letterpresses, these government records have been printed, maintained, and stored in library archives and fireproof newspaper record rooms, cataloged in such a way that our grandkids will be able to scroll through to find record of their ancestors’ earliest achievements and their hometowns’ evolutions.

Sure, being able to roll over at 3 a.m., grab your smartphone and look up some obscure piece of information is great. That’s why the North Dakota Newspaper Association has for years maintained a statewide database of all North Dakota public notices. But our newspapers also print them, and archive them, and act as a third party to make sure they remain unchanged as a true permanent record. That’s the way it should be.

We’re gearing up for the next legislative session, when this issue will again come to head. And this time, I hope our leaders come to the table with a broader lens focused on how we preserve government records and history in this state. We might not have to put it in stone, but we definitely need to put it on paper.