The New Town Eagles boy’s team placed second in the West Region cross country meet as they get ready for state this weekend. The Eagles top placer was Colt Spotted Bear who had terrific battle with a very good runner in Beulah’s senior stalwart Ian Busche. Spotted Bear and Busche were tight as Busche stayed on the New Town junior’s heels. Then Busche made his move about 2/3 of the way and moved ahead of Spotted Bear and kept several strides in front and held on to the end. Spotted Bear’s time was 16:22.03 and Busche came in just ahead at 16:08.02.

Also running well for the Eagles was Xavier Bell who came in 8th. Ben Dubois placed 10th, Lander Lahtinen came in 15th, Phoenix White was 17th, and Lucas Spotted Bear was in the top 20 with a 19th place finish.

The Lady Eagles placed 5th as a team in meet and once again Emma Wheeling was outstanding with a 6th place finish for New Town. Brooklyn Driver took 24th and Eva Knight placed 30th and Xaria Bell came in 47th. Lanelle Mongram came in 52nd and Roberta Chapin placed 53rd for the Lady Eagles and finishing the course was Hanaka Mochizuki for New Town.

For Parshall, the lone placer for the Lady Braves was Alyssa Haakenson who placed 41st. 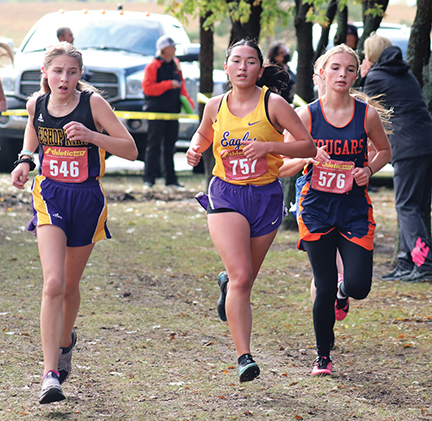 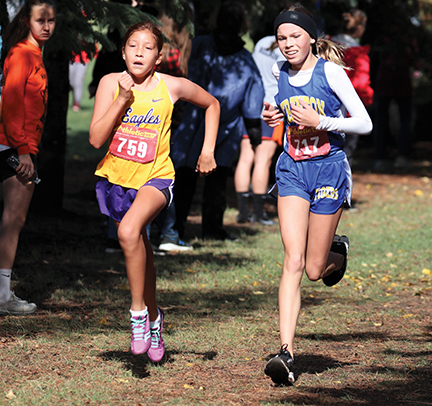 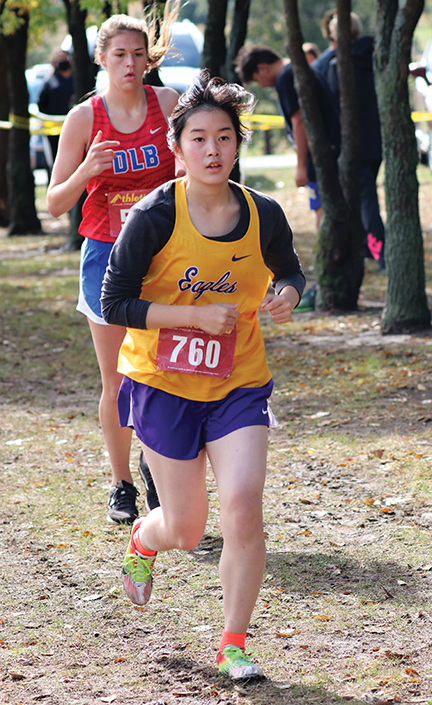 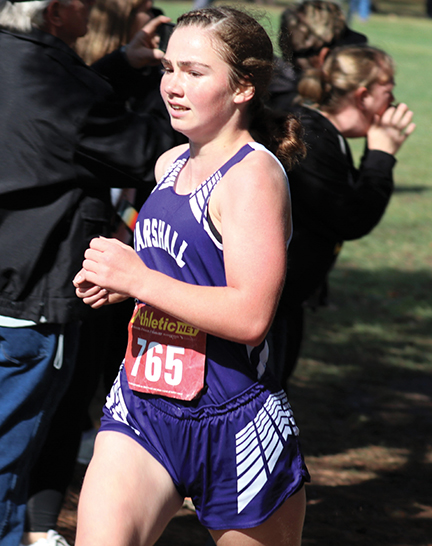 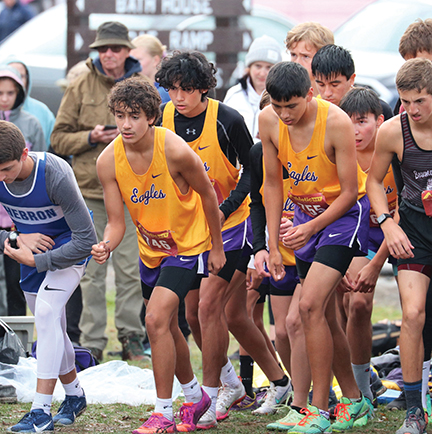 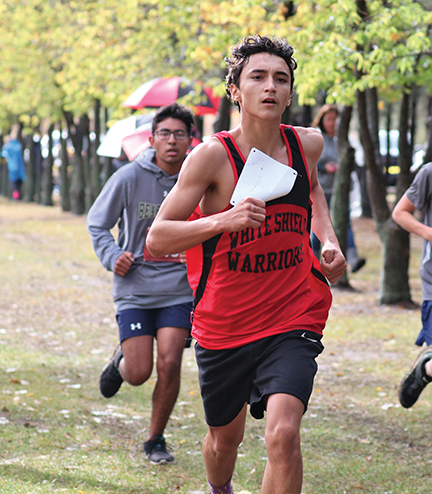 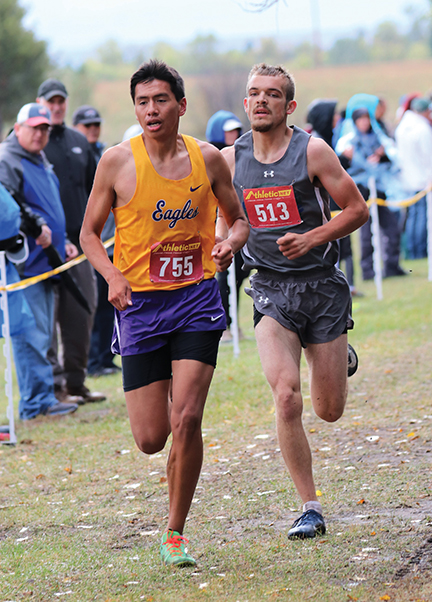