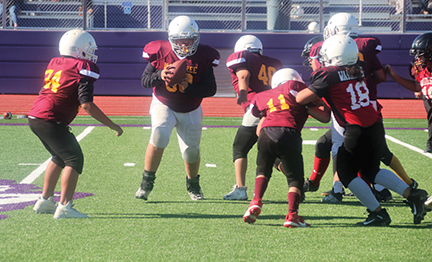 The action was intense and the sound of football rang across the Parshall High School Sports Complex last Sunday. The Parshall Braves Elementary football squad hosted the games that took place and pitted some really tough and talented young football teams. The coaches on the Parshall team and the two other teams that took part in the action, White Shield Warriors and Mandaree Warriors coaxed their players to give it their best – and that is just what all the players did.

There was a nice crowd on hand to watch the games at the new sports complex with many proud parents shouting their encouragement for their favorite player and team. The White Shield Warriors won both their games while Parshall split their two games. Mandaree fought hard but those young Warriors came up with two losses. The Mandaree coaches felt good about the mindset of their players and they did not have any quit in them. White Shield is blessed with a good mixture of speed and power on their roster. Parshall gave White Shield a good run and kept the game close until the final minutes of the game.

The Parshall Braves have a solid nucleus for the future in football and they were thrilled to be the host team for the first round of games this season.

The next games after Sunday were played during the Chairman’s Bowl on Wednesday, October 20th.

All of the games are sponsored by Three Affiliated Fitness and Recreation. 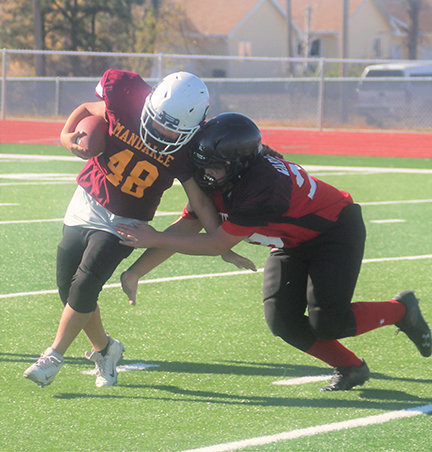 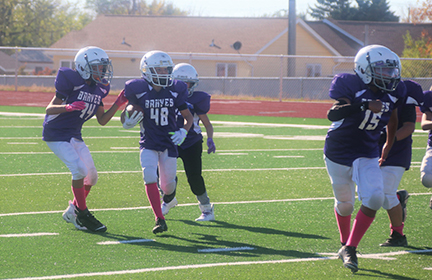 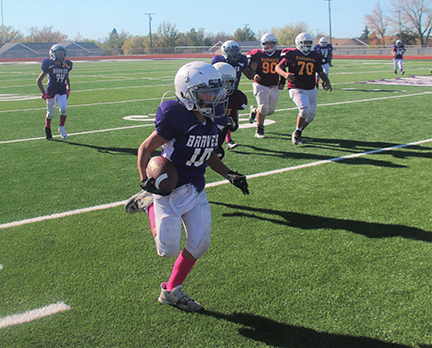