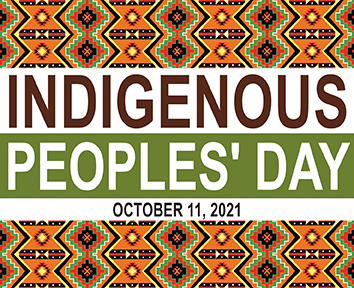 By ZEKE MILLER and

WASHINGTON (AP) – President Joe Biden on Friday issued the first-ever presidential proclamation of Indigenous Peoples’ Day, lending the most significant boost yet to efforts to refocus the federal holiday celebrating Christopher Columbus toward an appreciation of Native peoples.

The day will be observed Oct. 11, along with Columbus Day, which is established by 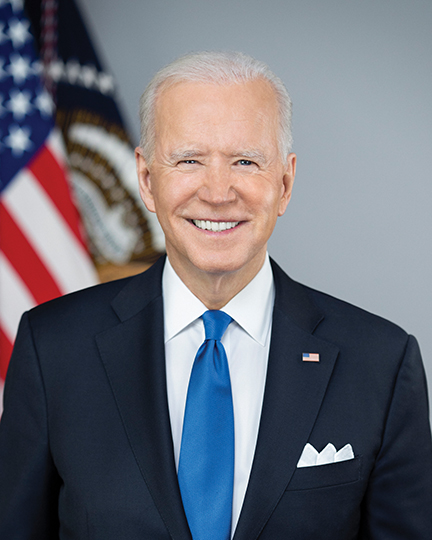 Congress. While Native Americans have campaigned for years for local and national days in recognition of the country’s indigenous peoples, Biden’s announcement appeared to catch many by surprise.

“This was completely unexpected. Even though we’ve been talking about it and wanting it for so long,” said Hillary Kempenich, an artist and member of the Turtle Mountain Band of Chippewa. In 2019, she and other tribal members successfully campaigned for her town of Grand Forks, N.D., to replace Columbus Day with a day recognizing Native peoples.

“I’m kind of overwhelmed with joy,” said Kempenich. She was waiting Friday afternoon for her eighth-grade daughter, who grew up challenging teachers’ depictions of Columbus, to come home from school so Kempenich could share the news.

“For generations, Federal policies systematically sought to assimilate and displace Native people and eradicate Native cultures,” Biden wrote in the Indigenous Peoples’ Day proclamation. “Today, we recognize Indigenous peoples’ resilience and strength as well as the immeasurable positive impact that they have made on every aspect of American society.”

In a separate proclamation on Columbus Day, Biden praised the role of Italian Americans in U.S. society, but also referenced the violence and harm Columbus and other explorers of the age brought about on the Americas.

Making landfall in what is now the Bahamas on Oct. 12, 1492, Columbus, an Italian, was the first of a wave of European explorers who decimated Native populations in the Americas in quests for gold and other wealth, including people to enslave.

“Today, we also acknowledge the painful history of wrongs and atrocities that many European explorers inflicted on Tribal Nations and Indigenous communities,” Biden wrote. “It is a measure of our greatness as a Nation that we do not seek to bury these shameful episodes of our past _ that we face them honestly, we bring them to the light, and we do all we can to address them.”

White House press secretary Jen Psaki said Biden “felt strongly” about recognizing Indigenous Peoples Day. Asked if Biden might seek to end marking Columbus Day as a federal holiday, she replied, “I don’t have any predictions at this point.”

“Big changes happen from each small step, and we hope this administration intends to continue making positive steps towards shaping a brighter future for all citizens,” Echohawak said.

Biden’s acknowledgment of the suffering of Native Americans also marked a break from President Donald Trump’s ardent defense of “intrepid heroes” like Columbus in his 2020 proclamation of the holiday.

“Sadly, in recent years, radical activists have sought to undermine Christopher Columbus’ legacy,” Trump said at the time. “These extremists seek to replace discussion of his vast contributions with talk of failings, his discoveries with atrocities, and his achievements with transgressions.”

Biden made the announcement on the same day the White House was disclosing its plans to restore territory to two sprawling national monuments in Utah that Trump had stripped of protections. One, Bears Ears, is on land that Native American tribes consider sacred.

Biden’s campaign against Trump saw tribal activists mobilize to get out votes for the Democrat, in activism that tribal members credited with helping Biden win some Western states.