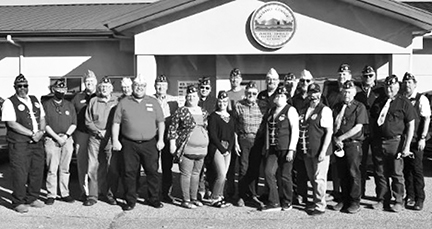 The Joint District 6 & 9 Fall Meeting was attended by fifty plus Legion and Auxiliary Members. Meeting opened with a welcome, opening prayer and the Pledge of Allegiance. The Native American Flag Song was rendered by White Shields Drum Group Dead Grass and Posting of the colors and reading of the Preamble. The meaning behind the table was read by Unit 253 Auxiliary President Madonna Azure, an emotional tribute close to her family, Elmer Bear US Army has been listed as MIA since the Korean War 1951.

The meal was prepared and served by Unit 253 Young Hawk/Elmer Bear Auxiliary which everyone enjoyed. Door prizes were drawn before the Legion and Auxiliary went into their respective meetings.

District 6 & 9 Auxiliary members meeting opened with 2021 District 6 President Alicia Randall and 2021 District 9 President Brenda Ekness presiding.  Agenda consisted of Introductions of Department Officers past and present who were in attendance. Guest remarks, New and Old Business, Registration Report and Announcements was all presented before meeting was adjourned. Door Prizes were drawn with every member present receiving one.

A day well spent for both Legion and Auxiliary Members who attended. 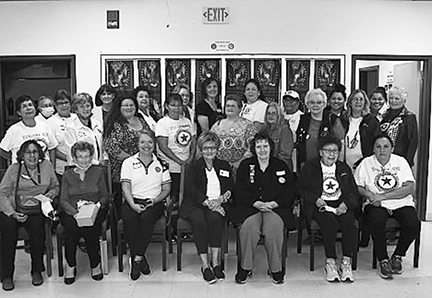