Full Power of MHA on Display 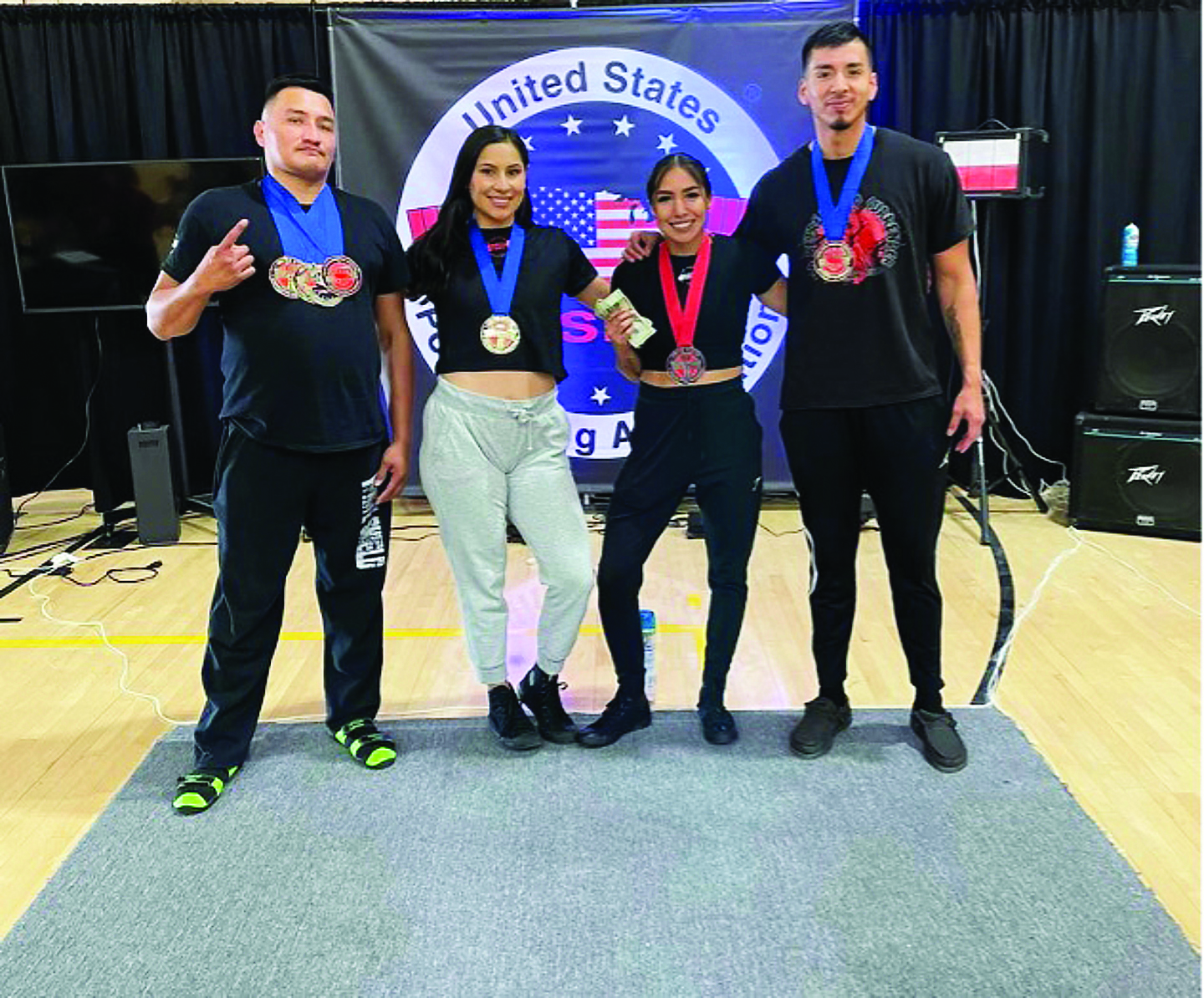 The power of the physical is fueled by the mind and that is what the sport of powerlifting is all about. It takes incredible mental discipline in taking human strength to feats that an individual did not think they could reach. That is what is happening within MHA Nation.

There are many men and women across the nation who have been participating in the sport that has become very popular and that now includes local MHA Nation members. Last week, three enrolled members hit the iron hard in Fargo at the USPA Powerlifting competition called “No Retreat, No Surrender”, and they came home with some pretty cool medals showing that hard work pays off. Anne Morsette, Matt Howling Wolf and Megan Blacksmith, and Mike Redtomahawk (SRST) are devoted to powerlifting and the sport has not only improved their strength, but powerlifting has also added a new fresh outlook on life to the three friends and fellow tribal members.

Morsette is from Parshall, and she took home first place in the women’s 75kg (165 lbs.) open weight division in full power which consists of all three powerlifting events.

Megan Blacksmith of White Shield competed in 56kg (123 lbs.) and took home silver in her division. Blacksmith is more experienced, and Morsette really admires Blacksmith for her strength and fitness level. Morsette said her goals are to get stronger and continue to walk the path to optimum health and a good productive life.

Matt Howling Wolf is from White Shield, and he won first place in ‘push/pull’ which is the bench press and the dead lift in the 92kg (198 lbs.). Howling Wolf has been competing for two years now and overall has been lifting 7 years. “I was coming off a knee injury over two years ago and I wanted to get my strength back in my legs. I was lifting one day, and a friend asked me to hop in a (powerlifting) meet and after I did that first one, I went on to enter other meets since I started.”

The 30-year-old Howling Wolf has earned several medals in the two years of competition. He noted that he trains four to five times a week. His goal is to qualify for the USPA drug tested nationals in Atlanta in July of 2022. Morsette credits her mentors and her fellow powerlifters in the success she is enjoying so early in her career. Barring injury, she is quickly on her way to a national qualifier like Blacksmith and Howling Wolf are heading.

“In Fargo, I did the bench, deadlift and squat which is the ‘full power’ category. I did the full power as well as Megan and we both took home medals,” Morsette stated. “It’s not official yet, but some of us did state qualifying lifts. Our teammate who came with us, Mike Red Tomahawk, holds the state record in full power and Megan holds the state record in full power also. The four of us all compete in the drug tested tournaments with no supplements and we only go with our own natural strength we get from training and our own genetics. This training is such a great stress reliever and I plan on doing this for as long as I can.” 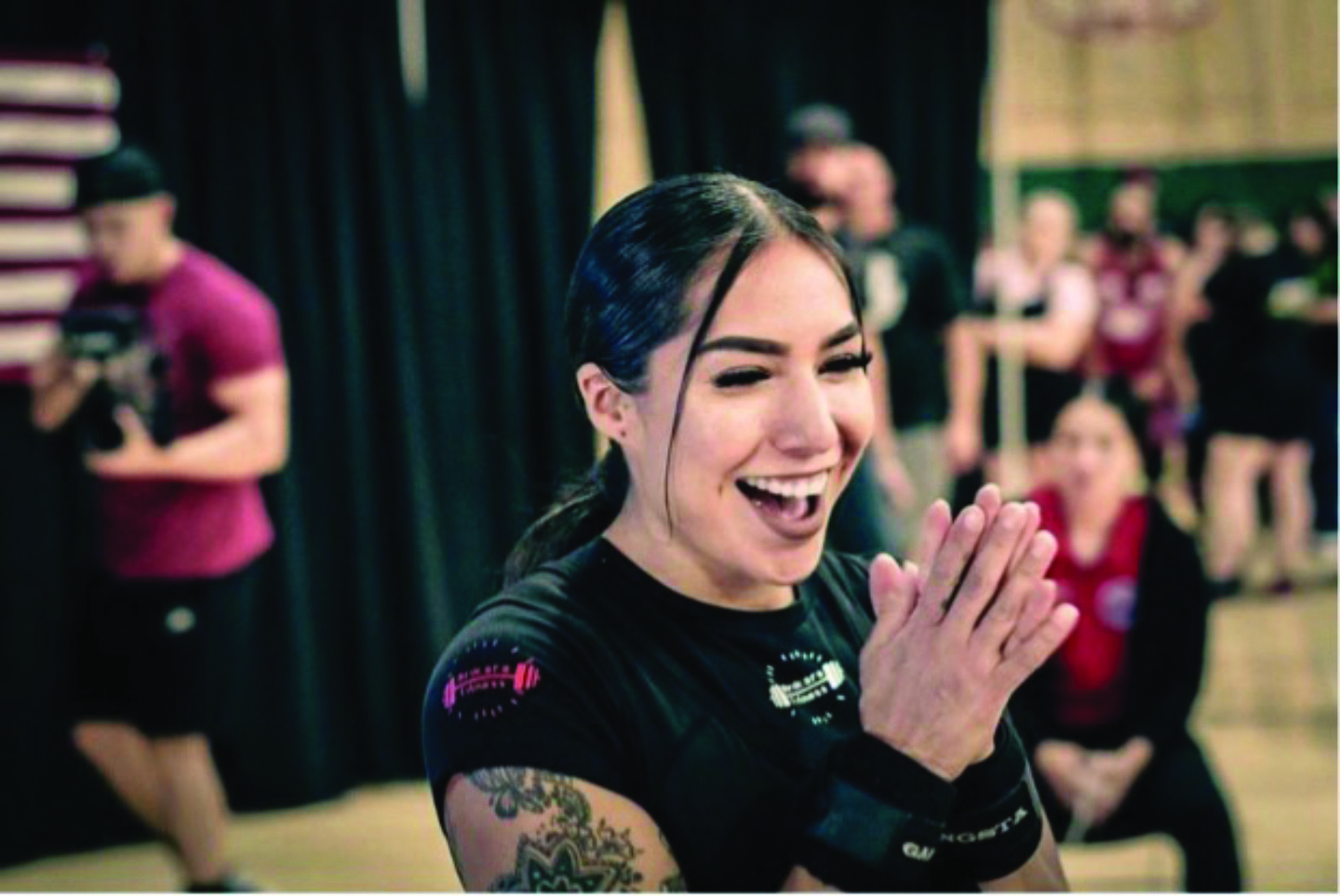 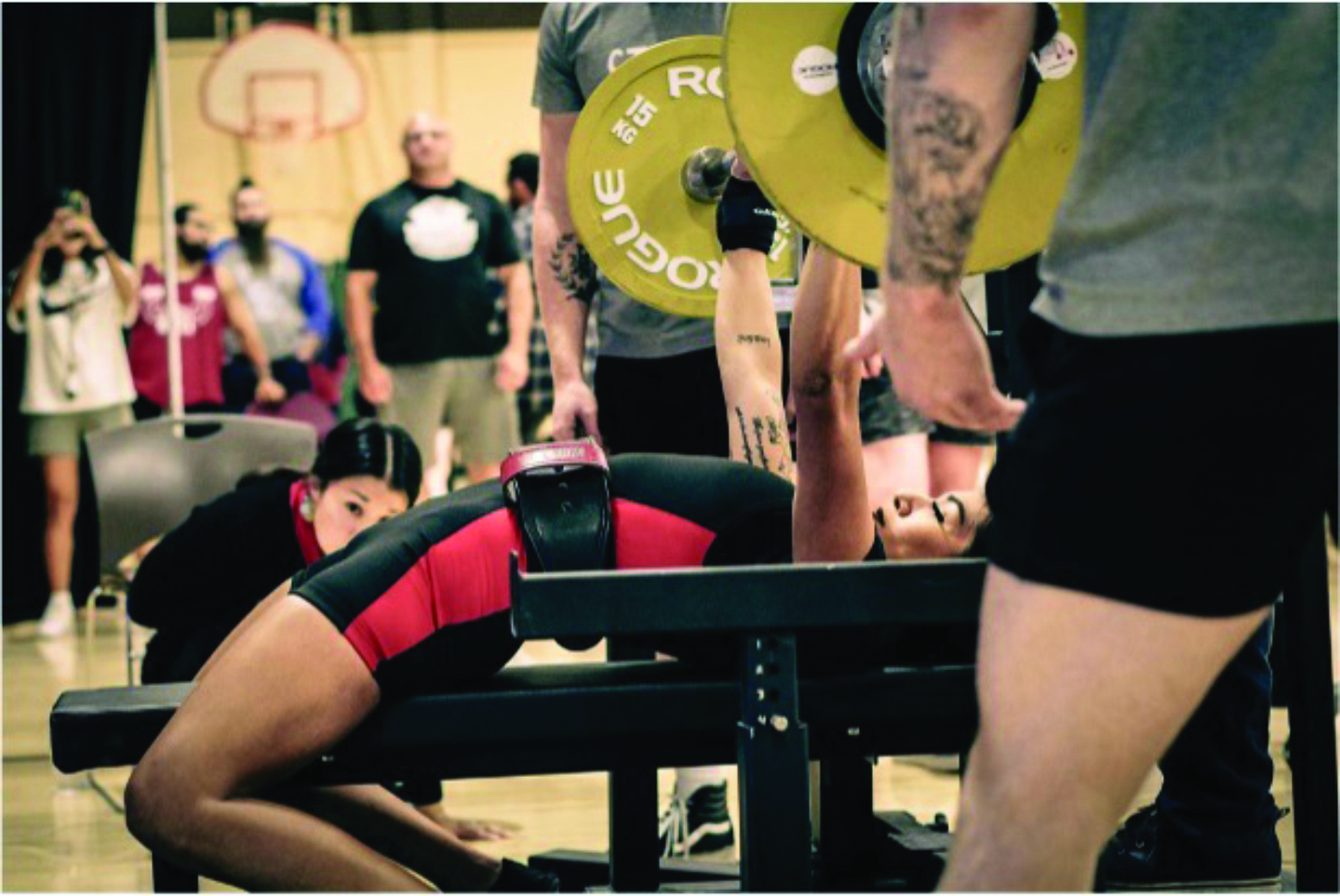 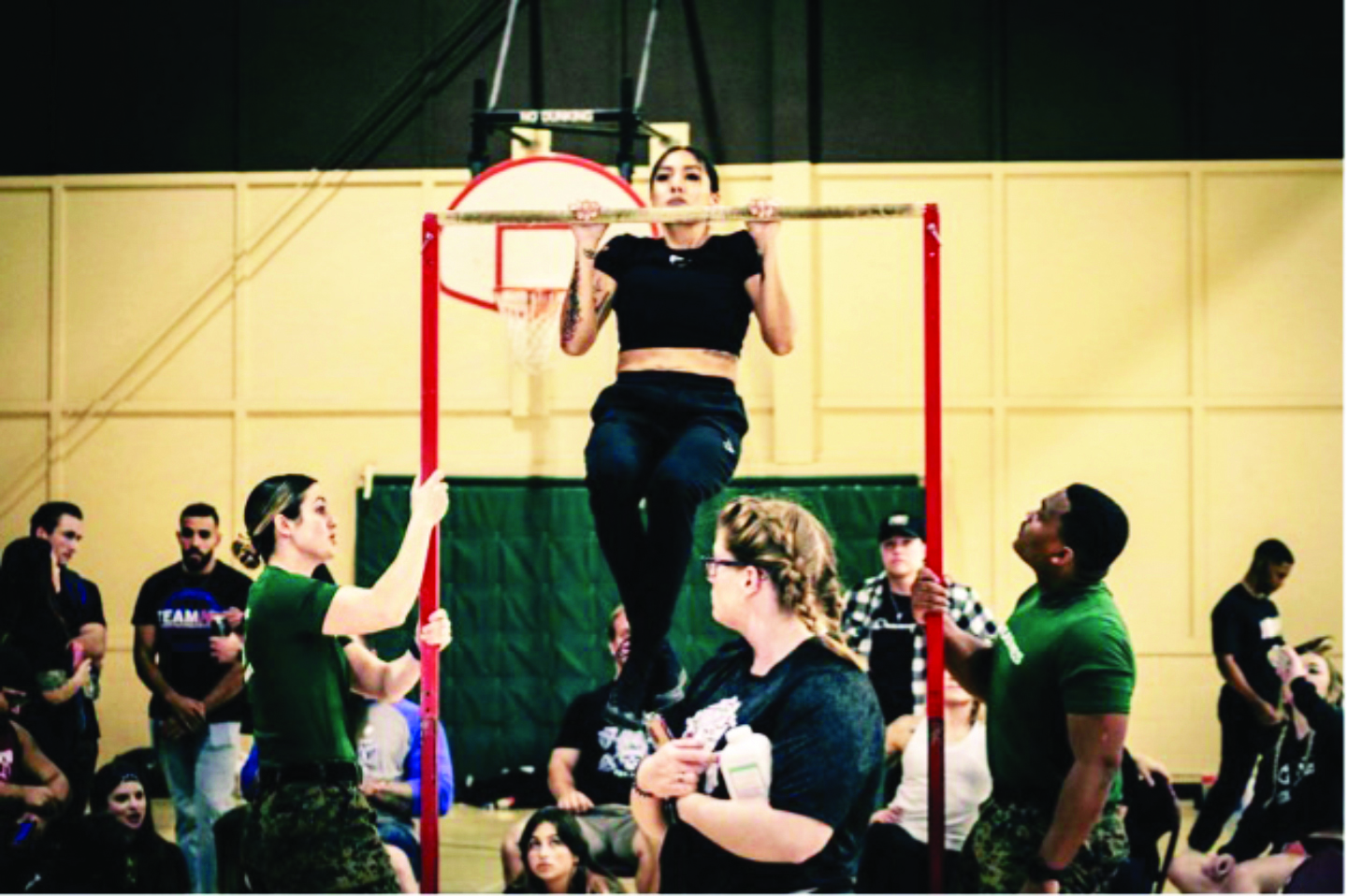 US Marine Recruiters had a booth set up at the USPA ND Powerlifting competition event in Fargo. Megan Blacksmith won their pull up challenge, including $100, for most pull ups (12) executed by a female. 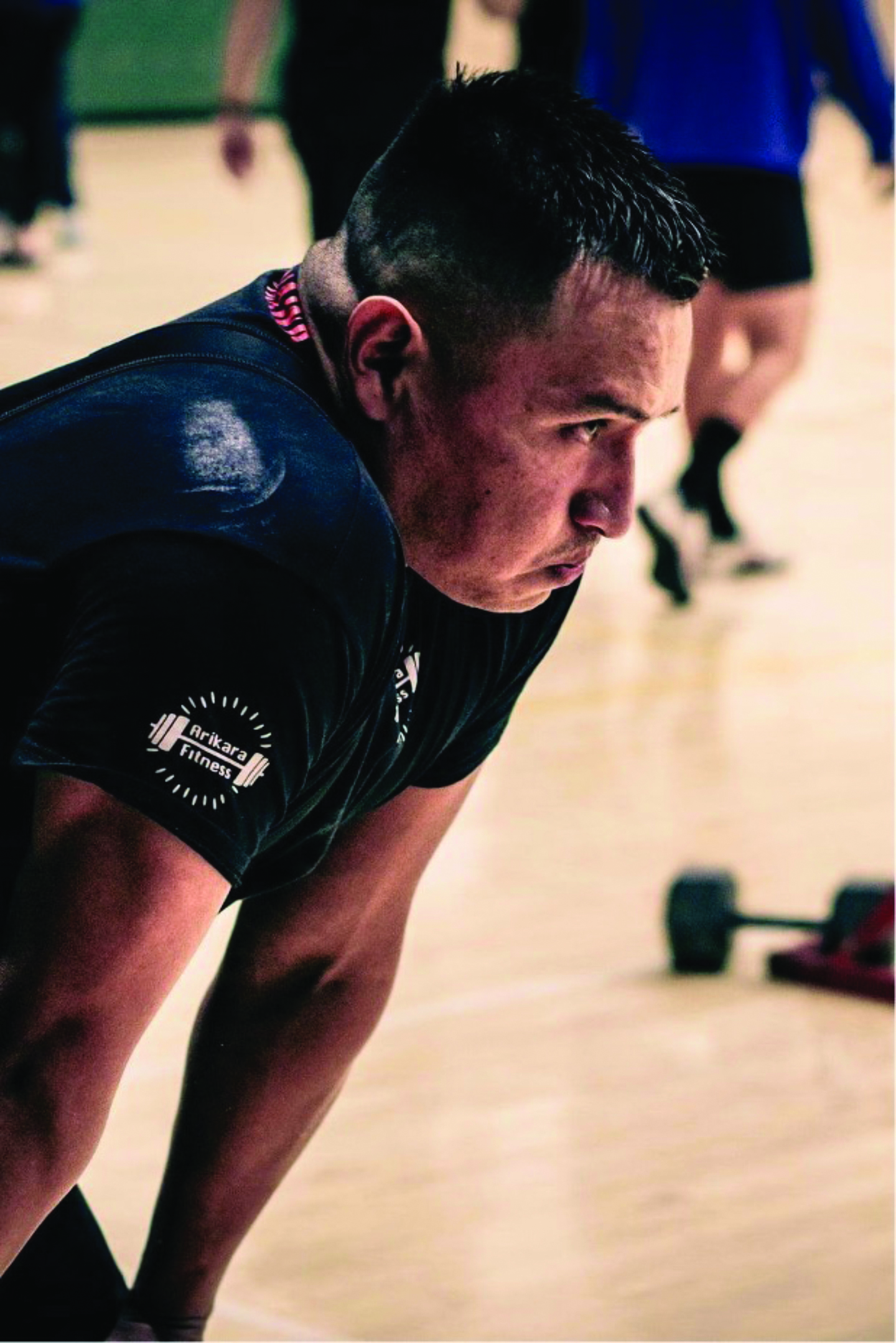 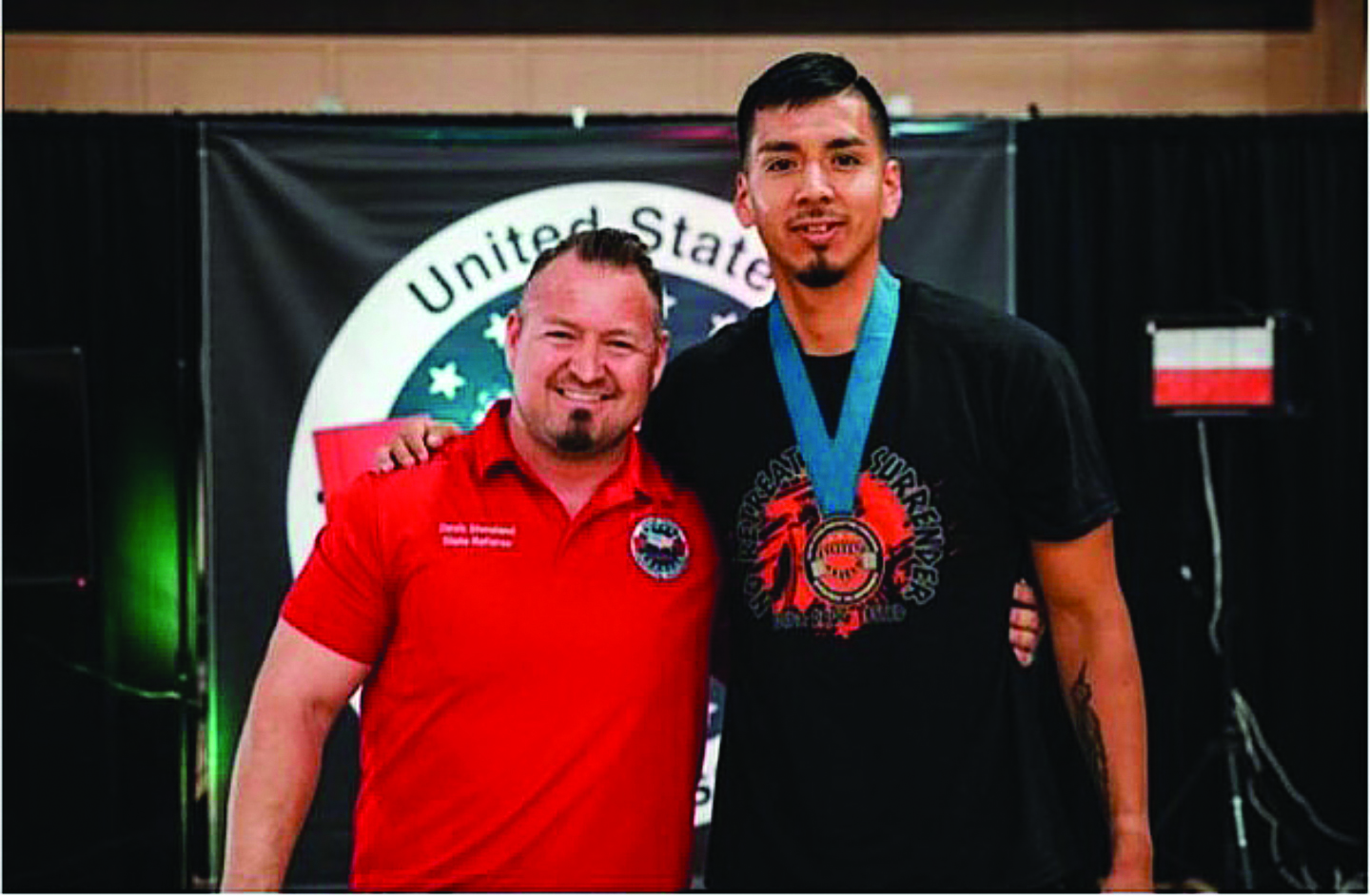 Matt Howlingwolf, of White Shield, has been competing in USPA competitions for the last two years. Matt is also a certified trainer at White Shield’s Arikara Fitness and Recreation Center, where he devotes time to work with men, women, and youth on their health and wellness goals.

The squat was the first event at the “No Retreat, No Surrender” USPA meet. As Morsette approached the bar, she wanted to make sure she followed all the rules because there are always three judges watching closely for any infractions. When a powerlifter violates any one of what are many rules, any of the judges can “red light” the lift and it won’t count. Each lifter gets three attempts at each event and the weight gets heavier at each lift.

“It’s a personal thing, so it’s up to each person on what they want to attempt,” said Morsette. “I was really nervous because it was my first meet, but I have great mentors that helped guide me and motivate me. Nate Miller is a person who has fired up a lot of people to get into powerlifting and there are even high school students getting into powerlifting now because of Nate.”

Morsette said she was proud of her squat of 205 pounds because that is an event that calls for many stiff rules and steps to complete.

“I was unable to do a squat of 205 pounds in training back home, but then when we went to the meet, I did 209 pounds. Which was a personal record for me, as well as a state qualifier,” Morsette added.

After competing, while waiting for all the male lifters, Megan Blacksmith got in on the US Marine Corps recruiters’ pull up challenge and she won with the most overall for women with 12 pull ups. She earned herself $100 in cash and a silver medal in Fargo.

Mike Redtomahawk got a new masters deadlift personal record with a 407.5-pound deadlift. Mike will be returning to the platform to compete soon in March.

Morsette and the MHA Nation competitors are appreciative of the support and sponsorship that White Shield Councilman Fred Fox has been providing. Without Councilman’s support, they would not have attained so many positive outcomes in their quest to succeed in a fast-growing sport.

The next meet that Morsette plans to enter is on March 26-27. The ‘King of the North’ meet in Dickinson, USPA North Dakota’s first two-day powerlifting competition for drug tested and non-drug tested.