There are a few different programs available around the area that are part of the fight against losing the languages forever. Each program has a different approach, one of them is the Maagarishda Language Nest. Their approach is towards the younger generation, the project supports the development of a preschool/childcare immersion center for the purpose of developing new speakers and to assist language instructors/elders in valuable experience working with young children for the purpose of learning a second language. They will follow the “learn by doing” with language immersion that entails conversational learning rather than direct instruction methods. Best

“The goal of the Maagarishda Learning Nest is to create new learners by developing and accessing critical knowledge and experience in successful operations and practices of a preschool immersion program.” 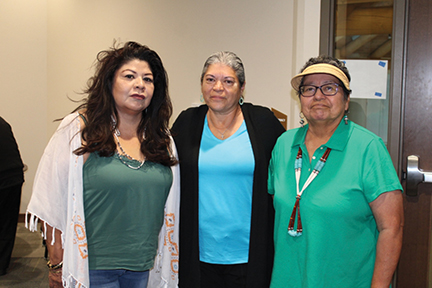 practices for early childhood learning will be explored and utilized to enhance the immersion activities. Bernadine Young bird spoke about how in 2013 the NHS (Nueta Hidatsa Sahnish) Language Board began the journey of creating an awareness of the dying language. In 2015, the board approached the tribe for assistance and the loss of language was declared a state of emergency. MHA Survival and Sovereignty Resolution was established (see the MHA Nation Legislative Delaration and the two governing resolutions related to this article). A few of the board members kept meeting in order to brainstorm and exchange ideas on ways to approach the community with preserving the language. They then came up with the idea of teaching toddlers and young school aged children with the help of their families.

The parents of the children will be utilized as support and reinforcement in their child’s language acquisition. Parents will be committed to learning and supporting their child throughout. The parents will be expected to attend necessary meetings and receive training and support to foster and at home language environment. Ongoing training and professional development will be provided to all instructors, elders and participants as appropriate for the success of Maagarishda Language Nest.

On July 12th through July 16th 2021, an Immersion Training Workshop took place at the Interpretive Center located in New Town ND. The instructor’s name is Na’ilima Gaison from “Ke Kula o Nawahiokalani’ Opu Hawaiian Language Immersion School.” Which is the longest standing Immersion School today. Na’ilima was very informative, yet at the same time made learning fun. He reminded me of the same sense of humor that many of us Native Americans have, that “Native” humor. One thing he said that instilled in me was: “Don’t get wrapped up in what you know, get wrapped up in how you are going to give life to it.” This pertains to the languages, what you know as in knowing a few years here and there, then giving life to it would be to be able to engage in conversation with one another.

I met with Tony Lonefight and Judith Danks to get their perspective on things. They were both participants at the workshop which was put on and organized by Nora Packineau of the Maagarishda Language Nest. Tony and Judith work for the culture and language department for the Three Affiliated Tribes. I asked Tony what language programs are around to teach the TAT languages. “The Maagarishda Language Nest is ran by Nora Packineau, she fought for it. There is the culture and language department, there are teachers in Mandaree, 2 in new town and one in White shield. The college also teaches the three languages. The Mandaree segment Lila Gwin does an adult language learning program via zoom, trying to get it out into the community. When I think about language revitalization, it’s like combating drug abuse. You can’t attack them in one single way, we would love it to be as easy as here is how you do it and the language is revitalized. In my eyes all the approaches with the language are important, we are all trying to infuse the language at different levels.” At the workshop Na’ilima spoke about how engaging the community in the language preservation efforts is important. Judith stated how it would be nice if the council had everyone tune into a zoom meeting to learn the language, during a work day.

Tony Lonefight: “Having a community to learn with and grow with amongst speaking the languages is really important. It doesn’t exist right now. It won’t happen overnight, but if we keep working at it, then we can teach each other.”

Na’ilima brought in some ideas from Hawaii and left behind a ray of hope for the future of the Mandan, Hidatsa and Arikara people, by sharing how his people were able to preserve their language and keep it alive and thriving. Stay tuned, and keep a lookout for any upcoming language events in the community. 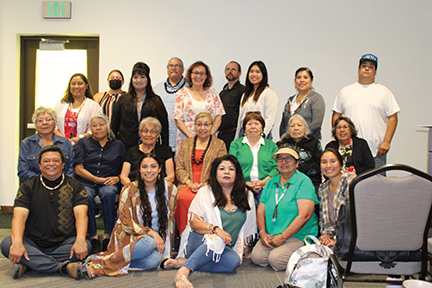