Team Ropers Love What They Do 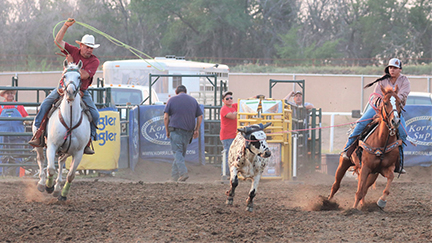 The team roping at Healing Horse Ranch last week was the second in a series of three events that provide local venues for the team ropers to compete in top-notch facilities and arenas. The roping went on late to the night with 43 ropers going through several rounds.

Jim Baker was one of the team ropers who was on a ‘midnight run’ and was happy to compete at a familiar environment. Baker is the events coordinator at the Healing Horse Ranch. He loves bringing events to the Parshall and surrounding area where ropers can do what they love.

“There were a lot of participants and the prizes come from the entry fees of all the ropers and the top four ropers receive that cash but we always have added money too, so it makes it a nice amount to shoot for,” said Baker.

There will be one more event that will return to the Johnson Ranch on Thursday, August 26th. The event time has been changed due to the previous scheduled time conflicting with another large event in Montana. 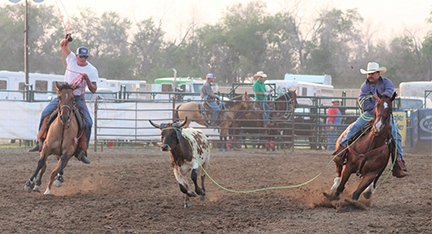