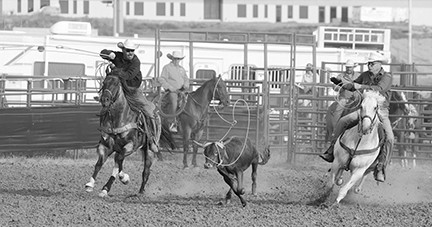 The 2021 Mandaree INFR (Indian National Finals Rodeo) Rodeo was entertaining and many fans flocked to the rodeo arena on the western edge of Mandaree last weekend. The action kicked off on Friday night and concluded on Saturday with great rides and roping in every rodeo category.

There were some of the top riders and ropers from the region that were competing in the rodeo. 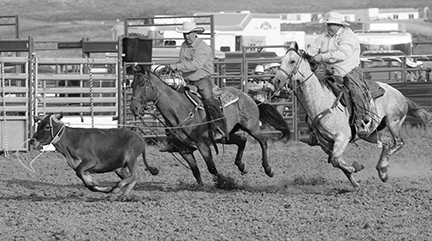 There were 30 ladies breakaway competitors and Megan Danks just missed winning the championship coming in second place. Danks time was 2.82 just behind top placer Amber Crowley of Poplar, Montana. Sadie Dale of Halliday came in a split second behind Danks as Dale placed third at 2.84.  13th place was captured by Maelee Heart of Parshall with a time of 4.62.

In Team Roping, the duo of Jess Hall and Jesse Chase placed second behind the winning team of Jeremy Ferguson and Elliot Gourneau. In Senior Team Roping, the winning team of Jake Longbrake and Terry Fischer took the top prize with a time of 5.93. Third place went to Bart Ness and Frank Whitecalfe with a time of 6.88. 8th place went to the team of Longbrake and Everett Hall and 9th place was taken by Mervin Packineau of Parshall ND and James Louis Baker Jr. with their time of 8.04. JD Youngbird and Don Charging took 11th place with a time of 13.75.

The Barrel Racing champion in Mandaree was Shausta Blodgett of Amidon ND with a time of 17.57.  Sadie Dale of Halliday ND ran her barrels in 18.312 and Reba Foote of Parshall had a finishing time o 19.396.  In Junior Barrels, the winner was Alexandra Bennally-Begay of Leupp, AZ with a time of 17.391. The best local rider was Bailey Chase of Mandaree with a time of 18.432 for a 9th place finish.

The winner of the Bull Riding was Stran Smith of Lantry, SD who has a score of 75. The only other qualifier was Cody Rustin of White River, AZ with a score of 73. 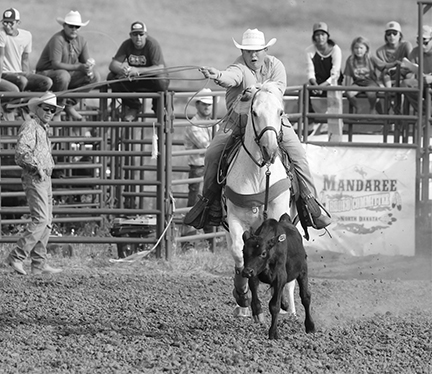 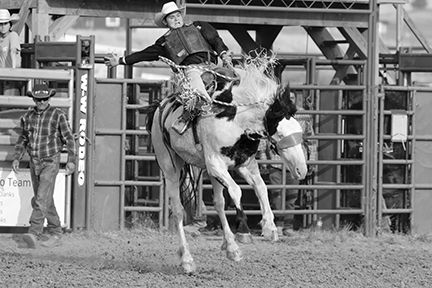 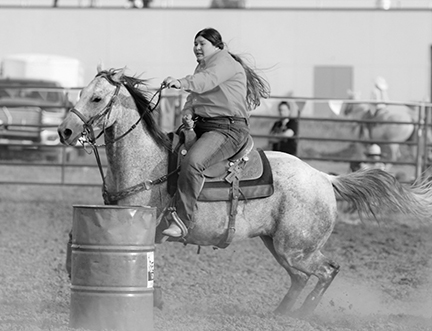 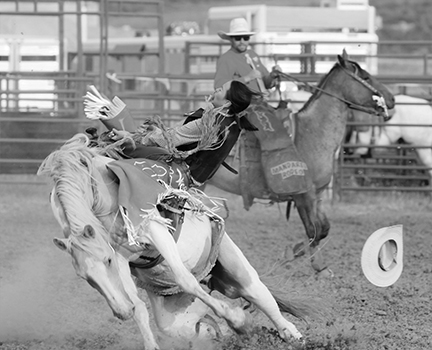 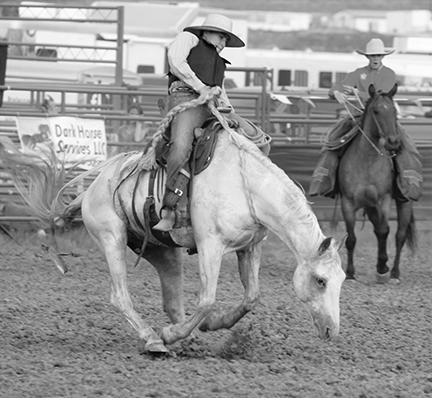 In Saddle Bronc, the winner was Jesse Wilson of Martin SD, but two men from Halliday ND did well and came in 4th and 5th place on top of some tough broncs. Cole Pateneaude and Marty Young Bear were those riders, respectively.

In tie-down calf roping, Mandaree’s Jesse Chase just missed the championship by coming in second place in a time of 11.73 behind Marty Watson who was champ at the event in a winning time of 11.6. JoeDon McKenzie of Mandaree placed sixth with a time of 17.68.

There was a special feature category that was not an INFR event but it a pleasant surprise and got all of the fans excited. That was the woman saddle bronc competition.