Honoring a Man of Justice and Compassion 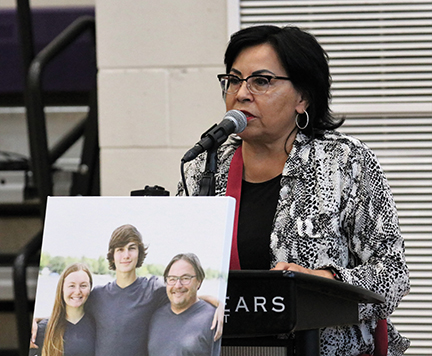 Many people turned out to pay homage and respect for a man who worked hard for the MHA Nation people to have justice. Rob Ackre came from a small town in North Dakota to serve as the MHA chief tribal prosecutor for over 9 years. Several of his family members came to Four Bears Segment to be a part of Acre’s memorial held for him at the Johnny Bird Veterans Memorial Hall on June 18th.

Rob was respected by his colleagues and loved by friends and family. Most of his colleagues also loved him by just hearing the testimony given by several local professionals who worked closely with him. The Cando, ND native had a positive impact on many lives and his entire philosophy was based on compassion and a sense of proper justice for the people. He worked hard to accomplish a balance of both of those attributes. That is what made him special among his peers and the ones who came to know him in court. There were many great stories shared by the speakers at the memorial that brought emotion and tears to the eyes of many in attendance. However, it was good to know that Rob was a mentor in a good way for his co-workers and had a great sense of humor. The death of the long-time chief tribal prosecutor came as a shock to his family and colleagues. He was only 54 years old at the time of his passing on June 9, 2021. 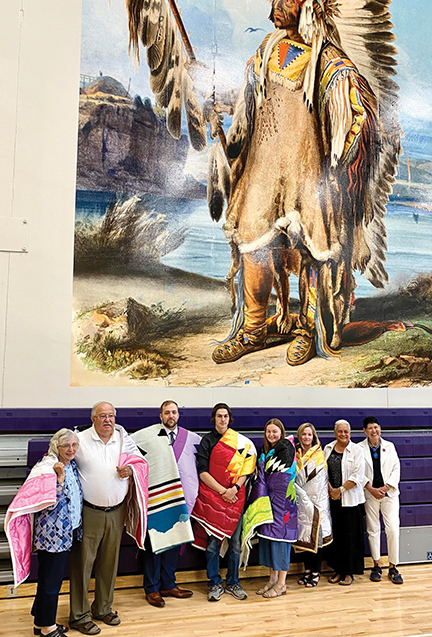 Rob’s daughter Raquelle recalls just how much her father cared about people and his love for hockey.

“My dad cared about everyone. He loved hockey and he was a youth hockey coach for 15 years,” Raquelle related. “I remember a trip we went on to Las Vegas in 2015 and we stayed at Circus Circus and we drove to Venice Beach (California) for my 16th birthday. After that, we went to the Grand Canyon and we rode a helicopter around the canyon and even went white water rafting. My dad liked adventure but the rafting was scary. I remember that no matter where he was, he would always answer his phone. He was hard-working.”

According to many who spoke at his memorial, Rob believed that most addicts needed treatment facilities and programs, and not necessarily put in jail for a long time. He had compassion for people suffering from addiction, poverty or had other personal issues they were dealing with. Rob worked very hard daily as he maintained his private practice in Minot, along with being the prosecutor for MHA Nation, Fort Berthold District Court.

Four Bears Segment Councilwoman V. Judy Brugh spoke and expressed her gratitude for the work and dedication that the late Rob Ackre provided for the MHA Nation. Councilwoman Brugh also gave honoring gifts of star quilts to the Acre family members who showed up to the memorial as she offered sincere condolences.

North Segment Councilwoman Monica Mayer M.D. also spoke and shared her own words of condolences and gratitude to the Rob Acre family. She also presented gifts for the family.

Work and family were the two pillars in Rob Ackre’s life and those stood front and center each and every day of his life. He was proud of his two children – Raquelle for attending UND and being a member of the Air National Guard and Cade for also attending UND and for obtaining his pilot’s license.

Rob Ackre is survived by his children, Raquelle and Cade, sister Melissa Wistland, brothers Shawn and Darin, and his parents George and Susan Ackre of Cando, along with uncles, aunts, nieces and nephews. 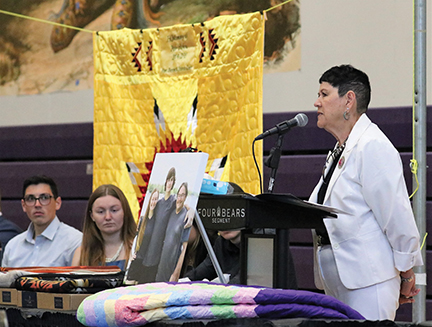