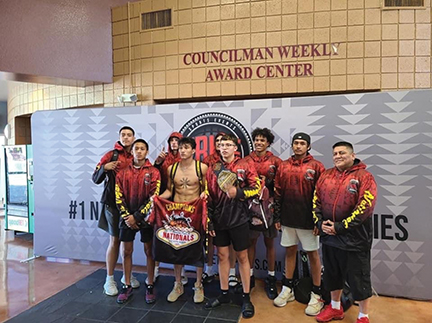 The 2nd annual Native American Vegas Junior Nationals took place in suburban Las Vegas, Nevada June 25th through June 27th. Over 100 teams from tribes all over the nation participated this year. The event is a Tribe Athletics exposure series for indigenous boys’ and girls’ middle school through grade 12 in the game of basketball. It also features NCAA certified scouting services. For the past two years, local ball players from White Shield have attended the competition. However, this year’s team of eight players took the big win for gold championship in Las Vegas.

The Sahnish-Dakota Alliance, or S.D.A., is a team of eight high school aged young men who played together in the 11-12 Grade Boys High School National Division in the Native American Vegas Junior Nationals. The team is composed of players from MHA Nation, Eagle Butte (Cheyenne River), and Standing Rock Sioux Tribe. Because of the co-op of North and South Dakota tribes, the name SDA was decided on for this 2021 team. Players included Jesse White, Micah Swallow, Jase Dickens, Oscar Felix, Rance Harrison, Aiden 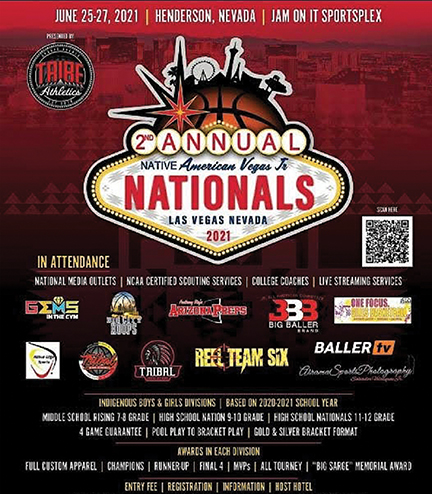 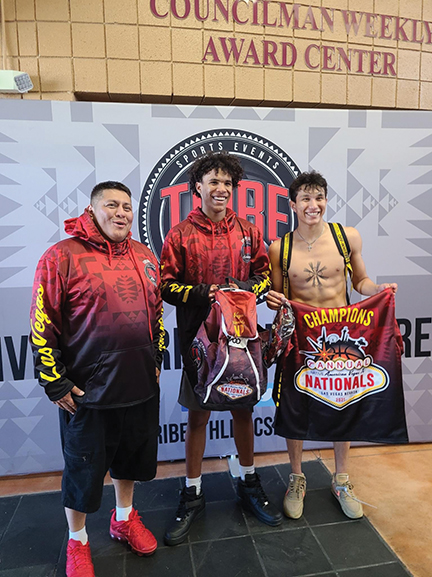 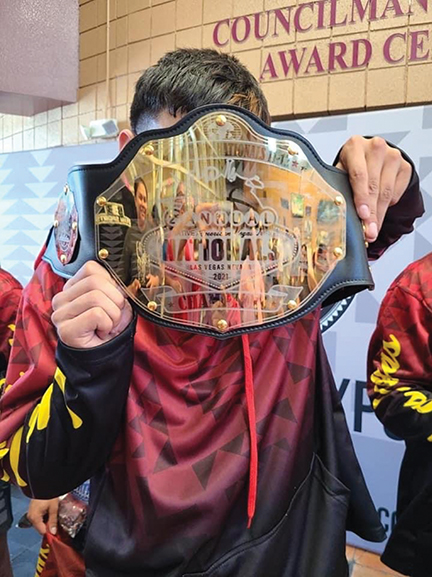 Rebel, Jalen Ry, and Carter Harrison.  The team had been enrolled in the Junior Nationals since 2020. Players Jesse White and Rance Harrison had experience from playing in the previous year’s first annual competition.

“The competition was tough”, commented Coach Sheldon Rush in a Facebook post, “but we make adjustments, and preserve with I.Q., heart, and teamwork.” Thirty-six teams competed alongside SDA in the High School Boys’ 11-12 Grade Division.  Nearing the championship, the opposing teams were from Oklahoma, Arizona, New Mexico, and California. The midwestern co-op of the Dakotas faced off with the Oklahoma Runners during the championship round on Sunday June 27th. It was a close game throughout. The Runners played a tough game but with the right adjustments and teamwork, SDA took the win with a four-point winning score of 54-50. “You don’t have to go south, west, or east to be good; you just have to put in the proper work”, exclaimed Coach Rush in their winning announcement Facebook post.

When the school year ended, players continued to train and play in camps during the summer months. All their hard work and dedication definitely shows as they played the game and represented very well in Vegas this year. “The boys worked well together, they worked well with the refs and other teams. They played the game and won with respect”, commented Coach Rush in a phone interview. The victory comes after an astonishing year of basketball for the White Shield Warriors. Graduated senior Jesse White, who competed in both the first and second annual Native American Vegas Junior Nationals, added more plaques and titles on his sports resume before he goes to college in Wahpeton this Fall. Micah Swallow won the tournament’s MVP Award and Jesse White won the All-Tourney Award.

Players got experience in networking as well as college exposure. Coach Krupp and Rush have been doing annual basketball camps/trips for the past three years with their teams. The coach duo hopes to take another promising team next year to Las Vegas. Training will continue for players until the next school year in August. The Varsity and JV teams have been participating in summer camps and will continue to do so. Coach Sheldon Rush has said that the community is in the process of putting together a “Jesse & Katherine (KK) White Basketball Camp” to give back to the youth of the community. It may possibly be a week-long camp, however there isn’t anything set in stone at the time that this article was published.