(Reprint with the permission of the The Minot Daily News)

Jackson was among 184 artists, writers, scholars, and scientists from across the U.S. and two Canadian provinces to receive a fellowship. Those selected were chosen through a rigorous peer-review process from almost 3,000 applicants, according to foundation information. Created in 1925 by Sen. Simon and Olga Guggenheim in memory of their son John Simon Guggenheim, the foundation has offered fellowships to exceptional individuals in pursuit of scholarship in any field of knowledge and creation in any art form.

“Being awarded a Guggenheim Fellowship is a powerful achievement in my field,” said Jackson.

As part of the Fellowship, he will be doing a book of photographs. 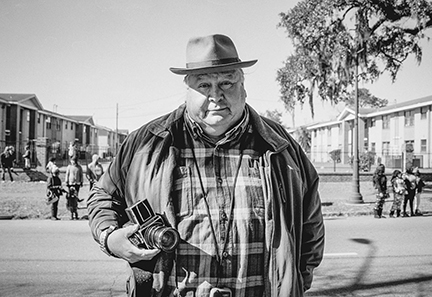 Submitted Photo This self-portrait of Zig Jackson – Indian man with Hasselblad – was taken on MLK Day Parade in Savannah, Georgia, in 2018. 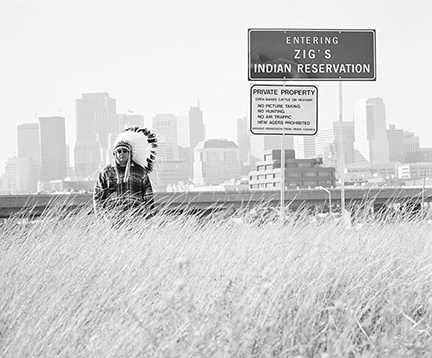 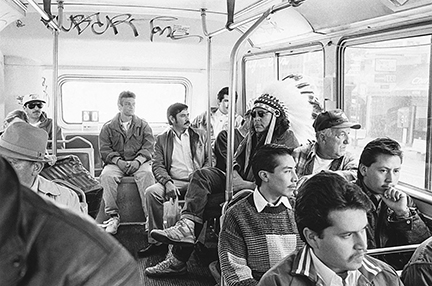 Jackson grew up in New Town on the Fort Berthold Reservation. As a product of the U.S. government boarding school system, he was taken from his home at the age of eight and put into St. Joseph’s Indian School in Chamberlain, South Dakota, ultimately graduating from Intermountain Indian School in Utah.

Jackson’s work focuses on the changing way of life of both urban and reservation Indians, along with the attendant socio-political issues of Native American culture.

Currently a professor at the Savannah College of Art and Design (SCAD) in Georgia, Jackson was the first Native American to receive a master of fine arts in photography from the San Francisco Art Institute. He also holds a bachelor of science degree in education from Northeastern Oklahoma State University in Tahlequah.

In addition to SCAD, he has taught photography at the Institute of American Indian Arts (IAIA), Santa Fe; San Francisco State University; and the University of California, Davis.

Jackson’s work has been shown throughout the U.S. and abroad at sites such as the Smithsonian Institution, the Fraenkel Gallery (San Francisco), the International Center of Photography (New York), the Portland Art Museum, the Joslyn Museum of Art (Omaha), the Cleveland Art Museum, and the High Museum (Atlanta), among many others.

Jackson has received a number of distinctions and accolades in his field. His work was featured in Art in America in 2016, and in 2004, he became the first contemporary Native American photographer to be represented in collection of the National Library of Congress (LOC), when it acquired a number of his images. According to the LOC website, “Although there are nearly 18,000 images of native people in the Prints and Photographs Division, this is the first group of contemporary photographs acquired by the Library taken by a Native American.”

Jackson is the son of Raymond Dancing Bull Jackson and Aletha Parshall Jackson. His grandmother, Ruby Parshall, named him Buffalo Getting up in the Grass (Gid’-paa Gid-a-hish). His other Indian name is Long Ears (Uppa-hush-kis). Several of his siblings and relatives still reside on the Fort Berthold Reservation.

Everywhere Jackson lectures and shows his work, he said, he represents the Mandan, Hidatsa, Arikara Nation as a proud, proud member.