A Parshall Legend Lives On

Bob Walsh is a legend in the boxing world and the longtime Parshall coach and boxing promoter is still remembered throughout the country as a man who devoted a great part of his life to the sport.

Since Walsh passed away in 2007 at the age of 84, the boxing club he held so dear has been carried on through the work and support of some dedicated individuals. One local man continues to honor a promise he made over coffee in a Parshall restaurant to the late Parshall man. Arnie Grady was friends with Walsh when Walsh asked Grady to do his best to keep his club going once he was passed on. With the help of tribal leaders and area coaches who also respect the legacy of Bob Walsh, that promise is still being fulfilled. Grady is the current manager of the Bob Walsh Boxing Club that is now revived again now that the club has rented the Parshall Memorial Hall gym and recruited some great coaches for the tutelage and training of the boxing team members. 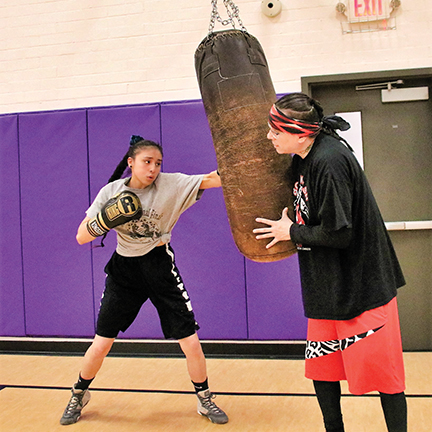 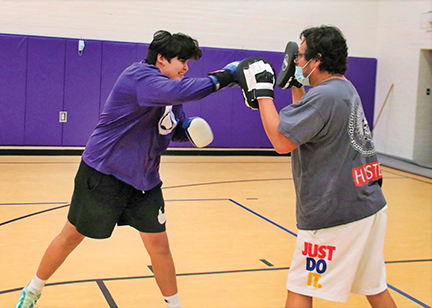 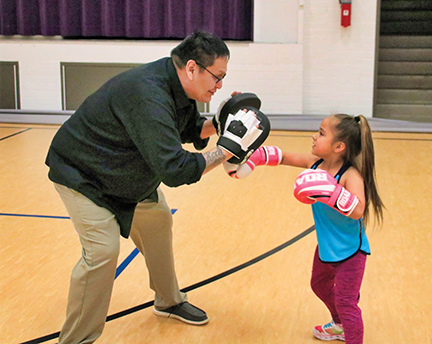 Grady noted that the boxing club has received important support from Northeast Segment Councilman Mervin Packineau to purchase boxing equipment, uniforms and for entry fees. Grady recently upgraded a few equipment items such as the boxing pads and is still looking to make some additional upgrades. The club still has the boxing ring that Walsh had used for the tournaments and practices he took such great pride in. Grady likes the way the training is going and believes that many of the young Bob Walsh Boxing Club team members should be ready in two months for a boxing tournament.

“We will take only the ones who are in shape to tournaments though. Since Bob passed on, we’ve taken local boxers to tournaments in Spirit Lake, McLaughlin, South Dakota, Bismarck, and Minot. We’re hoping to get more boxers and get more interest in our club and what we plan on doing in the future. Parshall always has been a great foundation for our local boxers but we welcome boxers from all segments to the team here in Parshall,” emphasized Grady.

Bob Walsh was undefeated as an amateur boxer, but a severe leg injury prevented the Parshall man from pursuing a professional career – which was his dream. Walsh helped countless young boxers reach their personal dreams in boxing even though unfortunate circumstances kept him from his own dream of a pro career. MHA tribal member Justin Racine was a Walsh’s protégé’ who recalls just how much of a positive influence the late Parshall man was on his life.

“I got a lot from his wisdom and if not for Bob, I probably wouldn’t be here today. He would sit me down and tell me what I needed to hear. He was a great father figure to many of us he coached over the years,” said Racine, who enjoyed a great boxing career that included success as a professional.

Walsh also was a businessman who helped in building a baseball diamond south of Parshall. However, he was mainly known for promoting and training boxers. While Walsh gave a lot of himself to the MHA Nation, he included everyone in sharing his gifts of knowledge and personal sacrifice and dedication.

Walsh was a great man who was patient and generous, recalls Coach Corey Rabbithead. Rabbithead is also a successful boxer who is coming into the boxing club with the same mindset that Walsh had and that is to teach youth the proper techniques and the training that is needed to be a success in the demanding and individually challenging sport. Rabbithead recalled a Walsh-sponsored tournament in Parshall back several years ago that began at 7 in the morning and concluded at 2 a.m. the next morning.

“That was 19 hours of straight boxing and they had over 200 boxing matches that time. The tournament took place at the Parshall Memorial Hall gym where we train now,” said Rabbithead. “We’re hoping for more to join and I have a nephew who hit me up on social media just last week and he seems interested. He went to the nationals by winning state so he should fit right into the program here.”

Rabbithead added that most of the members in the club are beginners, but there are a few that have some experience and extraordinary natural skills already. One of those members is Francine Church, who has 17 bouts under her belt and one day she may be wearing a championship belt with the punching power and speed she demonstrates every night at practice.

Rabbithead comes from a strong lineage of boxers with his father Jack Rabbithead being a champion many times over in his career. Rabbithead pointed out that many of the young members of the Bob Walsh Boxing Club have family members who have a great family boxing history so the sport is in their blood already. Lyle Krueger is the other coach who has high hopes for the team members. Krueger was also a premier boxer in the past and is happy to provide training and be part of the coaching staff of the Bob Walsh Boxing Club.