The ‘dream season’ of the Warriors will be remembered for a long time by many people. The White Shield Warriors gave their fans something special in the Region 8 tournament last week by getting to the championship game. Although the Warriors did not complete their dream to make it to state and lost the championship game to Powers Lake, there is a lot to be proud of for the players and the entire MHA Nation.

The Warriors defeated Trenton in the semifinal game on the Tuesday to earn their shot at the region championship and a ticket to the state tournament. In the region final, the Warriors played right with the Powers Lake powerhouse basketball team through the first half and were down by only two points to the Ranchers at the midpoint of that game. But in the second half, the Warriors got cold offensively, and the Ranchers pulled away and won the game 48-34.

The Warriors downed the Trenton Tigers 59-48 in a well-played game on defense and offense. Once again, the Warriors were led in scoring by Carson Calhoun who paced White Shield with 18 points. Calhoun had led the Warriors in their win against Stanley with 20 points the previous night by the score of 44-38. In the championship, Calhoun did not get many open looks on offense and the Warriors were led by Jesse White, the outstanding senior who played his last game as a Warrior. Powers Lake played a physical game all night long against the Warriors – especially being tough on White, knocking him down several times in the game. White was named as the Region 8 Senior Athlete of the Year at the end of the tournament.

Earlier that day, the team bus for the Warriors had a caravan of supporters that escorted them to the tournament in Williston. Another major highlight was when NBA All-Star Kylie Erving live streamed a message of encouragement to the White Shield team before they left to the tournament. The community also provided the players with a meal and honoring the night before the championship battle against Powers Lake. 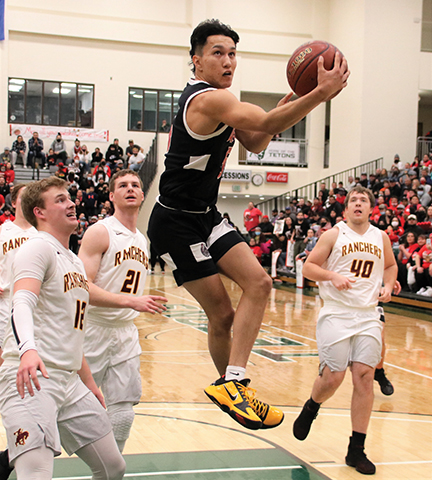 Jesse White goes up to score between several Ranchers in a hard fought contest against Powers Lake. 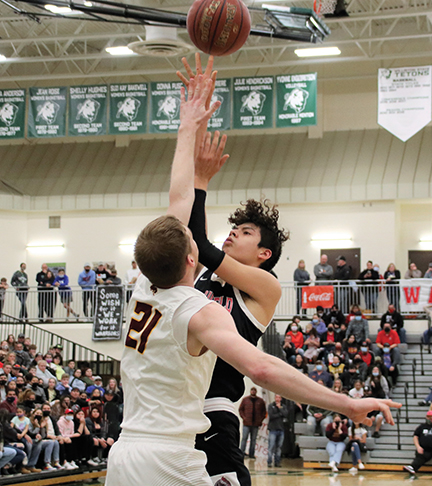 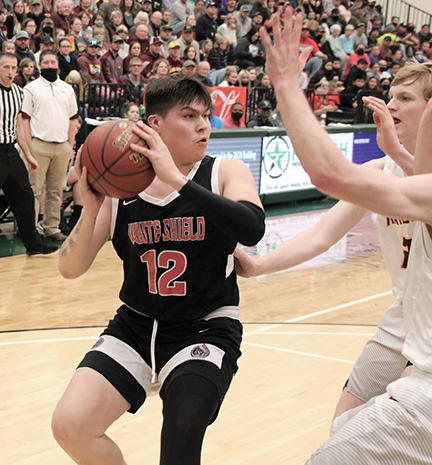 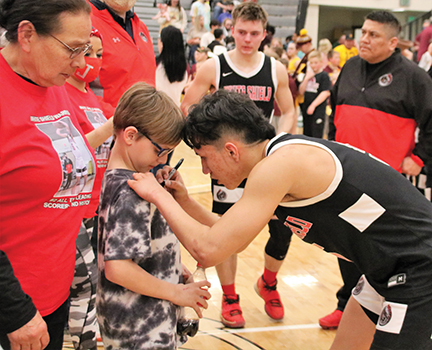