The two gyms at the Parshall High School were non-stop busy last weekend. The Parshall Lucky Mound Basketball Tournament attracted teams from across the state as well as Montana, Minnesota and South Dakota. The open division has 26 teams competing for the top prize of championship team jackets. The 40 and over division had much fewer teams but was just as competitive. Mel Four Bear coordinated the tournament, refereed games and he also played on the 40 and over championship team, Burning Feather Oil Field Services. Four Bear was extremely busy but he appreciated the assistance from local volunteers who helped run the concessions and ticket booth.

The open division was also won by the younger version of Burning Feather Oil Field Services team that played a total of 8 games during the 3-day tournament. That Burning Feather champion team got a good fight in the championship game from The Drifters, a contingent of players from different parts of the state and other reservations, such as Turtle Mountain Chippewa and Standing Rock Sioux Reservations. The champions of the 40 and over Burning Feather Oil Field Services (BFOFS) concluded their games on Saturday, but the BFOFS in the open division had to play on Sunday to get to the finish and eventual championship. BFOFS defeated The Drifters by nearly 30 points in that final contest. The games were all highly-competitive in both divisions and there were all-tournament hoodies given to players and championship jackets went to each of the players on the winning teams of each of the divisions.

Tight defense of the drifters David Dobbs (left) kept their opponents offense at bay in the semifinal game on sunday. 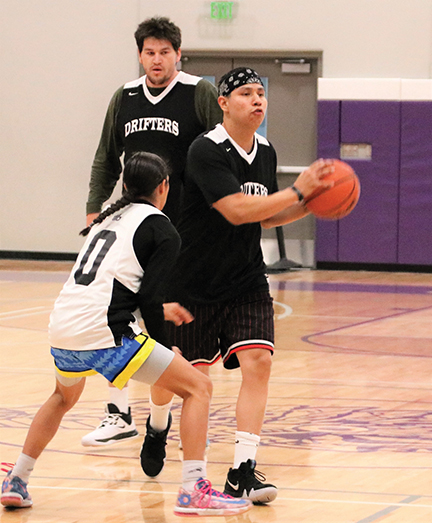 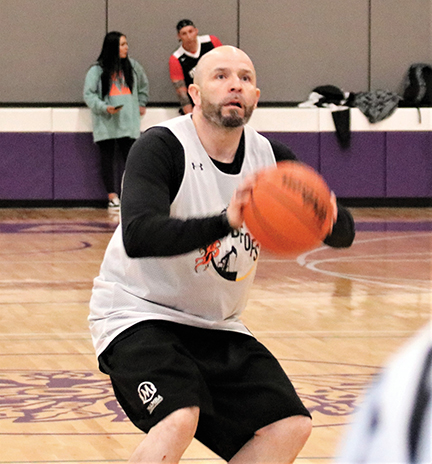 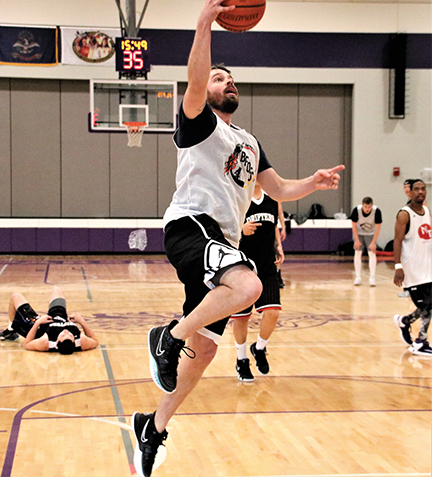 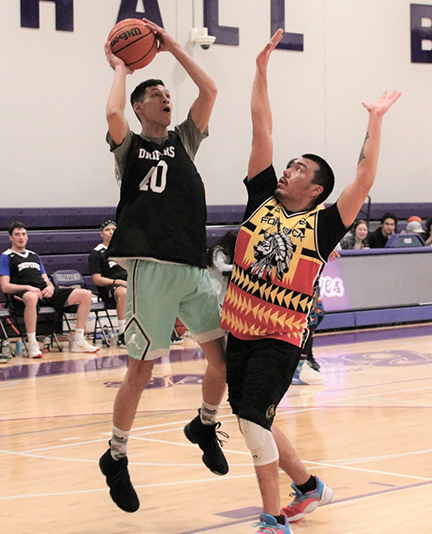