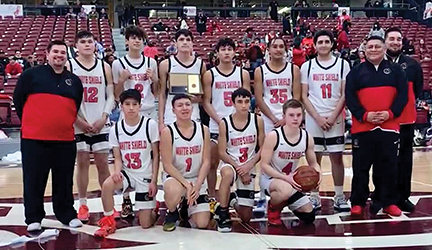 It will be a week of basketball that saw many highlights for District 15 as the White Shield Warriors dominated their competition led by a senior who left his many fans in awe of his on-court basketball feats. The Warriors won the district championship on Monday night with a 70-32 rout of the Lewis and Clark North Shore-Plaza Wildcats.

The highlights were many that night with senior Jessie White working his magic on both ends of the court with amazing offense and stellar defense. It was never any doubt who was the master of the court in the championship game. With White creating shots for himself and for his teammates, the Warriors jumped out to a quick 10-2 lead and never looked back with the halftime buzzer showing White Shield holding an insurmountable lead of 42-19. White scored 30 points in the game to lead all scorers in the title game played at the Watford City Sports Complex. The White Shield senior is a team player first and foremost. Even though in the semifinals, White’s own personal achievement of moving into second place all-time in North Dakota high school scoring was historic, White’s most cherished highlight this season was raising the team trophy after the victory on Monday with fans roaring their approval for their beloved Warriors.

The Warriors received a first-round bye on Friday as the number one seed in the district, so in the semi-final game against 4th seeded Williston Trinity, the Warriors dominated in the first half and ended up with a 74-61 win. In that game, excitement was electric as White’s fans and coaching staff knew how close he was to making history. White made a move at the top of the key and made a step-back three pointer that was nothing but net and that vaulted him past former New Town Ron Waggoner of into the second leading scorer in the long history of high school basketball history. That jumper from outside found nothing but the bottom of the net for White and put him at 2,715 career varsity points after that thrilling bomb that brought the fans to their feet. The game was halted briefly in order to have White be presented with the ball that he made that momentous shot with. Many family members of White along with coaches ran out with celebration banners and swarmed their hero at center court. They surrounded White while tournament emcee and announcer Charlie Moran was giving him the accolades White deserved. Standing among his family and fans, White accepted the words and honoring with grace and humility. After the short celebration and honoring, White went right back to work on the court to keep the pressure on defensively and offensively on the Crusaders and help take his team to the championship.

Following the championship game on Monday night, there were plenty more awards to give out and the Warriors head coach, Brad Kroupa was named District 15 Coach of the Year. The Senior Athlete of the Year award went to Jessie White. White and his teammate Jace Dickens were named to both the all-tournament and all-district teams for their play at the district tournament and during the season. The White Shield fans and cheerleaders also received the Spirit Award for being so supportive to their team at the district tournament.

The Parshall Braves were able to play in the region qualifier game against Trenton and the Braves looked good at the start of the game keeping it close, but the Tigers took advantage of some turnovers and built up a lead that the Braves could not overcome in that contest.

The New Town Eagles lost their opening round game to Lewis and Clark North Shore-Plaza by the score of 70-38 and then fell in their second contest to a determined Alexander squad on Saturday afternoon.

The Wildcats of North Shore-Plaza made it to the championship by downing the Trenton Tigers in the semi-final by the score of 63-55. 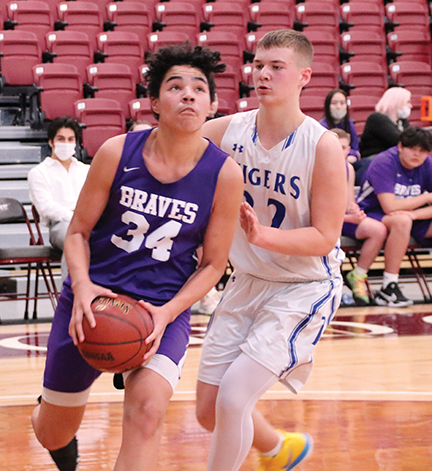 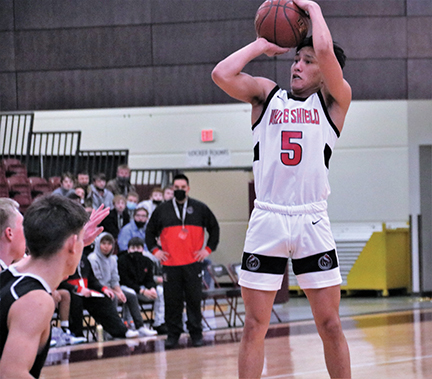 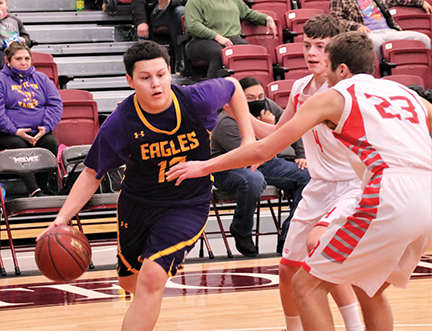 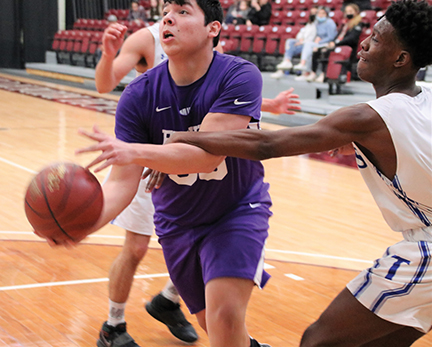 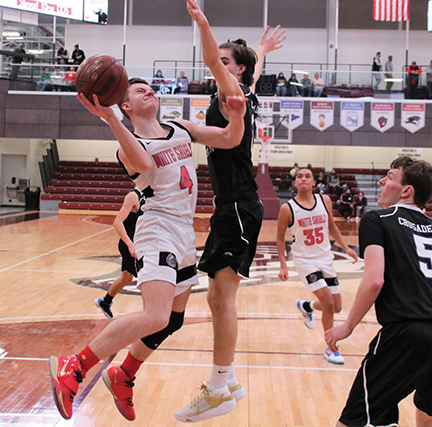 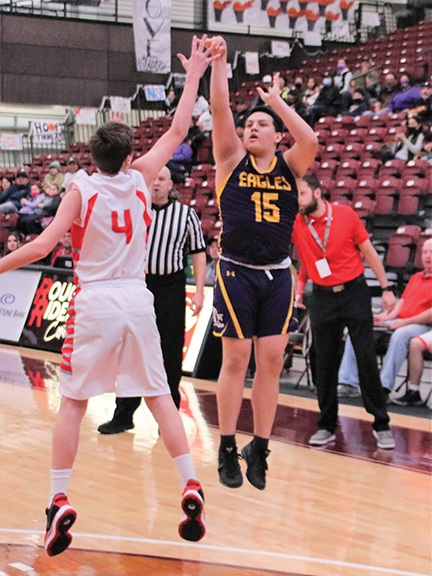