Rep. Shannon Roers Jones, R-Fargo, recently asked the House Judiciary Committee to allow people with criminal records to have those records sealed if they have not been convicted of another crime for a certain time threshold.

Individuals must be free of convictions for three years to have a misdemeanor charge sealed and five years for a felony charge. The time requirement begins after conviction of the crime. Crimes that are considered violent or that require registering as a sex offender are not eligible.

After meeting the time requirement, individuals would be able to petition courts to consider whether their criminal records should be sealed. If a request is denied, the court must provide reasons as to why. Individuals would be able to re-petition, but would have to wait up to three years before they are eligible. If a petition is approved, the criminal record would be sealed and the individual would be given a certificate of rehabilitation.

Certain agencies, such as the state Bureau of Criminal Investigation, would still have access to the records.

“The rationale behind sealing of criminal records is to allow someone who has substantially rehabilitated their life to make a fresh start,” Roers Jones said. “As it is right now, when we have the ease of searching criminal records, someone has a very difficult time finding employment or securing housing if they have a criminal record.”

Her bill, HB 1196, is almost identical to a measure passed last session. However, in the case state of North Dakota v. M.J.W., the state Supreme Court decided that the language of that legislation only allowed for the most recent crime to be sealed if an individual has more than one offense on their record. For example, if a person had committed crimes in 2000, 2001, 2003 and 2004, only the most recent charge was eligible to be sealed.

HB 1196 looks to close that loophole and allow for all offenses to be sealed if individuals meet the time threshold of three or five years with no other convictions.

According to Roers Jones, because of the language of the measure passed last session, few people had their criminal records sealed.

One person who did benefit was Adam Martin, who now is executive director for the F5 Project, which since 2016 has helped people with criminal records find jobs, housing, peer support, professional development and more. 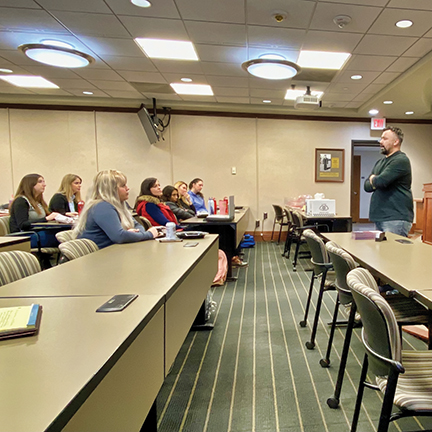 Before the pandemic, Martin said in an interview, the F5 Project provided services to around 5,000 people across the state.

Martin said his five felony convictions were sealed before the Supreme Court’s decision limiting what charges were eligible to be sealed. He said updating the language would greatly increase access for people across the state.

“Most people who struggle with drug addiction, alcoholism or mental health issues are not a ‘one and done’ crime kind of person,” Martin said. “They will get caught with drugs twice in one year and the way [HB 1256] is written, they would not be able to seal either one of those and they could be sober for 10 years.”

“It’s not just about the criminal record seal, it’s the co-signing of the judge making sure that got sealed and the public knows I’ve reformed my life,” Martin said.

He said the major argument against the idea of sealing records is that people will take advantage of the program but not actually rehabilitate. Martin does not see the validity of that argument.

“I believe that your identity changes and that you want to do better, and you want to reform,” Martin said. “In the past it’s like, ‘What’s the point if I have to continue to have a felony on my record for the rest of my life?’ But now that I don’t have one I feel better, I feel different and I want to continue to live this way.”

HB 1196 received a do-pass recommendation from the House Judiciary Committee and awaits a vote in the full House.