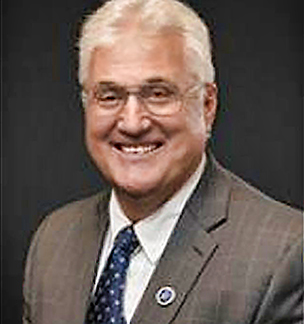 The pace has been intense.  We are actually starting to see light at the end of the tunnel as things will slow down before cross over.

This week we had the normal types of bills in Judiciary committee dealing with stand your ground, valuation of marital property, limiting sexual abuse actions, intrusion of privacy, and a variety of other bills.

In transportation committee we dealt with increasing speed limit on interstates to 80 miles an hour, allowing people to get driver’s license even if they don’t have a social security number, and tracking devises being placed on used cars by dealers to ensure payment for the vehicle.

All in all it was a pretty good week in committees.

My focus has been being more directed towards HB1144 that deals with censorship in the media. I am alarmed that the social media platforms are censoring free speech starting with the President of the United States going all the way down to the local level.  Yesterday there was a video released by Mike Lindell (“Absolute Truth”).  I found the information in this video very informative and concerning.  I want to investigate its veracity. I was alarmed this morning when I was told, and verified, that you tube had censored the video in its entirety.

I never thought this kind of thing could happen in the United States of America which was founded on free speech and open discourse.  I received a link to the movie from a constituent and I forwarded that on to my republican colleagues in the North Dakota Legislature.

Now I see there is an article out by Rob Port claiming that I am a member of the ‘secretive bastiat caucus’.  For one thing, I am not a member of a ‘secretive bastiat caucus’.  In the past I have attended some of the bastiat meetings and I absolutely support their efforts to enable republicans to become stronger and more informed republicans. They support the republican platform.  For Rob Port to attempt to put the bastiat group in a poor light is wrong, very unprofessional, and out of step with North Dakota values.

I represent the people in District 4 and my concerns are focused on what is good and right for them.  Two things that are very important to the success of our society are free speech and fair elections.  If we do not have these two things, our republic cannot survive. History has shown when free speech, fair elections, along with the other basic rights established in our republic are removed, the society turns to socialism that devolves to communism that then becomes a dictatorship.  My interest in the election fraud allegations and the censoring of free speech is motivated by my life experiences and intuition that is telling me something is very wrong.  People who do not pay attention to history are doomed to repeat it.

Thanks, Terry B Jones