BISMARCK, N.D. (AP) – North Dakota lawmakers convene Tuesday either in person wearing masks or remotely for the state’s 67th legislative session, where they will face tough spending choices amid a pandemic that’s hit a state economy already reeling from depressed oil and agriculture prices. Ambitious billion-dollar bonding proposals are expected to highlight the session. It will be the first in state history that forbids lawmakers from taking gifts or other things of value from lobbyists and others under new voter-approved ethics rules. 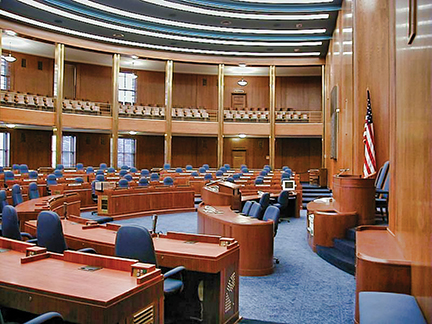 Here’s some things to know as the once-every-two-years session opens:

DROP OF THE GAVEL

Speeches will dominate the first day of the Legislature, with Gov. Doug Burgum scheduled to deliver his State of the State address after the Senate and the House of Representatives convene in a joint session 1 p.m. The Republican governor is set to talk about the coronavirus’ impact on the state and other pandemic-induced challenges, including to the state’s budget. 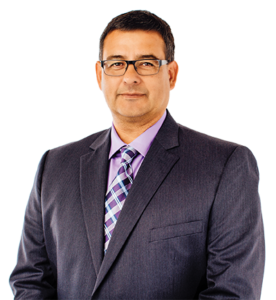 By tradition, law-makers hear speeches during the first week of each odd-numbered-year session, including from North Dakota’s chief justice and by one leader from the state’s tribes–Spirit Lake Sioux, Three Affiliated Tribes, the Turtle Mountain Band of Chippewa and the Standing Rock Sioux.

Beginning at 10 a.m., Three Affiliated Tribes Chairman Mark Fox will speak about the relationship between state government and North Dakota’s tribal governments. Chief Justice Jon Jensen will follow, with his first State of the Judiciary speech since being elected by his peers to head the court.

All speeches will be broadcast live on television, radio and the internet.

A number of committees will hold hearings on bills throughout the week but the first floor sessions in both chambers aren’t scheduled until Friday.

Last spring, many thought it impossible to safely convene the legislative session at the state Capitol because of the coronavirus pandemic. In the months since, several steps have been taken to be able to meet as lawmakers had done prior to the pandemic.

A legislative panel voted to use federal coronavirus aid to livestream legislative committee hearings at the Capitol to help ensure remote public participation amid the COVID-19 outbreak. The project includes enhancing web conferencing among lawmakers and upgrading livestreaming technology in the House and Senate chambers using funds from the $1.25 billion given to the state as part of the federal stimulus package approved in March.

Small, cramped committee rooms in the nearly 90-year-old building won’t be used in favor of larger meeting rooms and four newly remodeled rooms in the Capitol’s judicial wing to allow for social distancing.

North Dakota lawmakers also decided last month to require masks at the Capitol despite opposition by ultraconservative members of the Republican-controlled Legislature.

Rapid testing for the virus also will be available for lawmakers and workers at the Capitol once the session begins.

The average age of North Dakota’s 141 lawmakers is 60.

Approximately 225 bills have been filed ahead of the session, about the same as two years ago but dozens below the long-term average. Scores more will come once the Legislature settles in in the first few weeks.

Most of the bills already filed are agency and budget-related measures, and those filed by interim legislative committees. Only a handful had been filed by legislators as of last week.

Lawmakers contend early filing is a poor measure for what may lie ahead for the Legislature. Each lawmaker is free to propose any measure they wish, and all _ however hopeless _ will be decided by their peers by a vote on the floor.

North Dakota lawmakers haven’t had much of an appetite for bonding over the years, choosing instead to pay cash for projects and/or funding them incrementally. But that’s changing with the gravy days of the state’s oil bonanza behind it coupled with unknowns about the fiscal impact of the pandemic and oil and crop prices.

Republicans and Democrats also will push separate but similar bonding proposals, using interest from the state’s multibillion-dollar oil tax piggybank to pay off the bonds.

Burgum’s budget is the second-biggest proposed by a governor in state history.

Legislative leaders from both parties have pledged to find common ground on a bonding package to take care of state needs. But that may be the easy part since selling the idea of borrowing money to North Dakota’s largely conservative base will likely be a heavy lift and much debated during the session.

Lawmakers often joke about the extra pounds they typically pack on during a session. It’s due largely to big spreads outside the Capitol put on by special interest groups for the Legislature or frequent dinners paid for by lobbyists to individual lawmakers.

But legislators likely will be on a diet this year due to new ethics rules that forbid lawmakers from taking gifts, meals or other things of value, unless they reimburse for what used to be freebies.

Voters approved a successful initiative effort two years ago amending the North Dakota Constitution to include a sweeping government ethics overhaul. Most Republicans opposed the so-called “anti-corruption” measure, which was aimed at adding transparency and accountability to government.

Republicans in November bolstered their already powerful majorities in the Legislature, including toppling two longtime Democratic Senators. Republicans now hold an 80-14 advantage in the House and a 40-7 edge in the Senate. That’s the Democrats’ fewest Senate seats since the 1960s.

The minority party will barely have enough bodies to fill the 11 House committees and some senators will be pulling double-duty to be part of the 11 Senate committees.

Boschee said his party could likely be deciding votes in an increasingly split House supermajority that’s involved in a long-simmering urban-rural tug-of-war and a party that has a growing faction of far-right lawmakers who agree little with rank-and-file or more moderate Republicans. 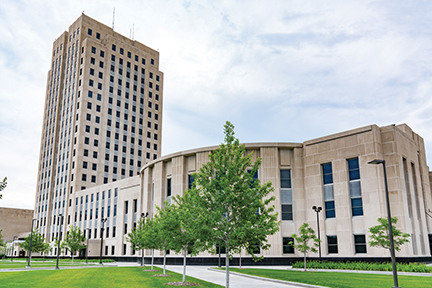