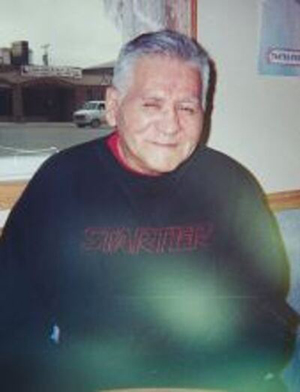 Waldron Crows Breast, Sr., 74, Parshall, died Saturday, December 19, 2020 at a Bismarck hospital. Waldron was born April 19, 1946, in Elbowoods, to Burr and Edith (Perkins) Crows Breast.  As a young boy, the family moved, due to the flooding.  He lived in Twin Buttes and Mandaree.  He attended elementary school in Wahpeton and high school in Flandreau, SD.

Waldron wanted to join the Army and serve his country, however, his allergy to the sun prevented him from enlisting. He moved to California where he continued his education in welding. Waldron won a state boxing championship in 1969.  He also competed in Saddle Bronc Riding, wearing his favorite lime green chaps.

On February 5, 1972, Waldron met Roberta Young Bird.  They made their home in Parshall and were married 9 years later.  He worked a variety of jobs throughout the years.  In addition to their children, they also raised several nieces and nephews and took in many foster children.  Their house always had a few extras.

Waldron was very social and enjoyed playing pool and card games.  He cherished spending time with his family and friends.  He honored his heritage and was a member of St. Bridget Catholic Church.  May God bless the memory of Waldron Crows Breast.