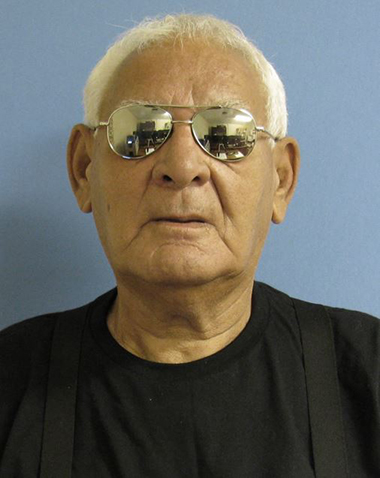 Mike Cross, “Maaishu Dzeedish” (Yellow Eagle), 79, New Town, died Wednesday, December 23, 2020, in Stanley. He was born in his family’s home outside of Elbowoods, North Dakota, on May 17, 1941 to Martin and Dorothy Cross. He was a member of the Prairie Chicken Clan. Mike was the seventh youngest brother out of his five brothers and four sisters. He attended Elbowoods Day School, Stephan Immaculate Conception Catholic School, and graduated from Parshall High School in 1960. He continued his education at Haskell University. Mike entered the United States Army in 1966, serving two years active duty and four years active reserve with Honorable Discharge. He relocated to Oakland, CA and worked at the Intertribal Friendship House throughout the 1970s.

Mike returned home to the Fort Berthold Indian Reservation and married Kyle Patterson May 7, 1979. They had three children, Amanda, Kara, and Forrest, and resided in Parshall and then New Town. Mike worked for the Three Affiliated Tribes, Fort Berthold Housing Authority, and developed his own independent consultant business. He focused his life’s work on building tribal community programs, many of which focused on bettering the lives of tribal youth. Mike enjoyed spending time with his family, especially his grandchildren, reading, writing, watching sports, and gardening. He shared his passion for traditional gardening with the community, especially with the young children at the local tribal Head Starts.