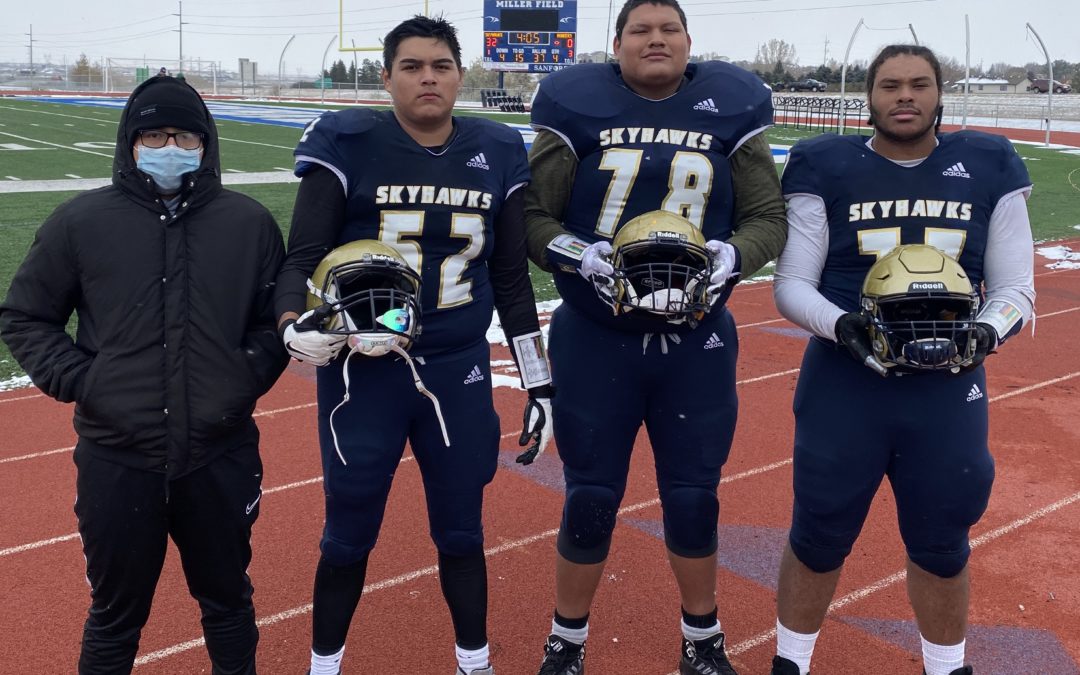 In a season that saw the 2020 Shiloh Christian School “Skyhawks” start their football season with a 0 win and 2 loss record the SC Skyhawks found themselves on a 7 game winning streak going into the 2nd round of the 2020 State Class “A” football play-offs after a resounding 1st round win over the Kenmare “Honkers” by a score of 32-0. The “SC” offensive and defensive lines are anchored by 6’3” 290 pound Sr Stephan Packineau (Twin Buttes Segment) 6’7” 355 pound Sr Dylan Finley (Four Bears Segment) and 6’5” 245 pound Jr lineman William “Shang” Wilkinson (White Shield Segment.) They have proven to be a pivotal piece of the dominating force that makes the entire Shiloh team hard to prepare for week in and week out.  With their 1st round playoff win Shiloh Christian moved on to play the Bishop Ryan “Lions” on Saturday, October 31, 2020 at Shiloh Christian School’s Miller Field. After trailing for much of the 1st half Minot Ryan came out on top in the Skyhawk’s season ending loss 19-7. Against Minot Ryan Shiloh Christian was without the services of one of their “Big 3” as Dylan Finley tested positive for the dreadful Covid-19 virus the day before their 2nd round playoff loss and was unable to help his teammates as all he could do was helplessly watch the game on TV. Congratulations to our enrolled members for making a difference away from their homelands so to speak in their respective team’s pursuit of the ever-elusive dream of a State Championship as at the season’s end, only one team will be king of the football hill for a year. 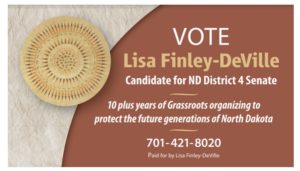