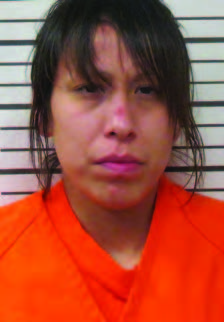 Paige HowlingWolf, 26, has been federally indicted on involuntary manslaughter, child neglect, and three counts of child abuse charges. HowlingWolf is accused of letting her infant son starve to death. These charges all stem from an incident on June 24 where law enforcement and emergency medical providers responded to a call of an unresponsive infant at a Parshall home. When emergency personnel arrived, the infant was declared dead at the scene. An autopsy revealed that the child had died from chronic starvation. Four other children were present in the home under HowlingWolf’s custody and three of the four children were reported to have had methamphetamine in their systems. The remaining four children were removed from the home and placed in protective custody. HowlingWolf is currently in a federal holding facility in McLean County awaiting trial.