Savanna’s Act – A Step in the Right Direction

Chairman Mark Fox responded last week to the signing of Savanna’s Act; a bill first introduced in 2007 by former U.S. Senator Heidi Heitkamp. The bill was passed recently by the U.S. House and Senate and signed into law by the President after being stalled for over three years. 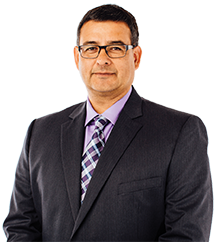 That particular bill that is now law was named for Savanna LaFontaine-Greywind, (Spirit Lake Nation/Turtle Mountain Chippewa) who was murdered in Fargo, ND in 2017. It was a brutal crime that spurred Senator Heitkamp to take action in addressing missing and murdered Native women. Savanna’s Act will require the Department of Justice to strengthen training, data collection, coordination and other guidelines related to cases of murdered or missing Native Americans. Chairman Fox is appreciative of the law that will help track the number of missing and murdered. However, the Tribal Chairman indicated the hard work that is still ahead and more resources that would need to be provided by the federal government to go further in dealing with all violence.

“I’m grateful for the efforts of Senator Heitkamp and then Senator Hoeven for picking up that baton and moving it forward, but there is a problem in Indian Country regarding violence in general and we need resources to combat that problem. We get some assistance here and there, but as anyone who lives and works in Indian Country that has to deal with crime, we are never fully funded to the point where we can truly make a difference. I commend the federal government for (Savanna’s Act), but we’re a long way from where we need to be in truly addressing the missing and murdered people in our native communities.”

Chairman Fox noted that there are shortfalls in police officers and resources for law enforcement to deal with the violence in native communities. He noted that being because of the poverty and struggling economies that are typical on reservations across the United States,

“I think about at least a dozen meetings I attended along with other (MHA Nation) tribal council members about the bill in D.C. over the years where we all agreed that the Act provides some hope. But we need to not just identify but also to deter and stop these violent incidents that occur in Indian Country,” stated Chairman Fox.

Despite those shortfalls, the MHA Nation has made great strides in the area of housing, crisis response, drug and alcohol treatment, shelters and emergency housing.

Chairman Fox wants to see more trained officers and vehicles and pointed out the logistical problems over the large area that makes up the MHA Nation. He noted that sometimes the officers have to drive very long distances on bad roads to reach any crime scene or accident. The tracking of victims of violence is critical, he noted, but that is just the first step. Chairman Fox also related much of the crime and violence on the drug abuse that has been prevalent on the MHA Nation and other tribal nations for the past several years.

“Now that the gathering of data is beginning, what about resources? We need to hire more officers and put them out there and get stronger codes in place. The question now is, what is the federal government going to do to help Indian Country help themselves and protect their communities from violence?” Chairman Fox emphasized.

Despite that, the MHA Nation has made great strides in the area of housing, crisis response, drug and alcohol treatment, shelters and emergency housing, stating we will continue to fight violence against women in our communities.

Savanna’s Act will require the Department of Justice to

Tribes may submit their own guidelines to DOJ that respond to cases of missing or murdered Native Americans.

In a separate issue regarding tribal law enforcement, Chairman Fox was pleased that there will be funds allocated for BIA law enforcement specialized trainings in Camp Grafton located near Devils Lake, ND.  The courses provided will be for training on investigating cases involving missing or murdered Native Americans. That pool of federal funding for the training at Camp Grafton amounts to $2.5 million dollars. Chairman Fox attended a ceremony on opening the U.S. Indian Police Advanced Training Academy recently at Camp Grafton that was attended by other tribal leaders, along with federal and state leaders and BIA officials. Training programs will include human trafficking, missing person investigation, and supervisory command. BIA police training has been conducted in Artesia, New Mexico prior to the opening of the new police training academy and has been the BIA’s central training facility.