NEW TOWN – In October 2019, South Segment’s Councilman, Cory Spotted Bear, organized an electrical service company called South Segment Electric in Twin Buttes and would like to have an office going in New Town within the next three months. The service currently has three Journeyman Electricians and four Apprentices. A Master Electrician, Derick Herbel was recruited as well, in order to lead the projects and sign off on Apprentice certification hours in order to earn their Journeymen Cards and also, officiate Tribal Electrician statuses.

Our Apprentices and Journeymen

All of South Segment Electric’s working Apprentices are Tribal Members, and the goal is to get them all Journeyman status over the next three or four years. They are currently registered and licensed with the state of North Dakota as Apprentices. South Segment Electric has acquired a lot of service and contract work around the reservation right now, but has not advertised. They are ready to start working with all six Segments and are negotiating with Tribal Entities for work.

Already Been Working; We have Equipment for Residential, Commercial, and Industrial Projects

The South Segment Electric Division has already wired the White Shield bus garage and performed electrical work on the Twin Buttes Motel. “We do a lot of residential work around the Reservation, we tie in lines from the power company and we are just getting started,” Herbel reported, “We have service trucks, trenchers, bucket trucks, bobcats — all of the hand tools, so we are set up.”

A Chief of Staff for Councilman, Spotted Bear, Tracy Burr, also added, “Councilman Spotted Bear is the one who initiated this and put this together. Derick Herbel is the Master Electrician. Our apprentices are registered with the state of North Dakota electrical division and do their schooling through Wahpeton North Dakota State School of Science. We are training our Tribal members, and one of our Apprentices is in his third year and set to get his Journeyman Card. We have three first-year Apprentices, they are Tribal Members, who are continually working with Wahpeton and the state to complete their work hours and education credits required by the state of North Dakota, Electrical Division. They need work from the Tribe in order to complete their hours to acquire their Journeyman certification.

The main goal of Spotted Bear and Herbel is to hire two or three apprentices and train them. The program will send them through an administrative process, so when they do their electrical fieldwork, they will be trained to be Journeymen at the same time.

‘The Goal’ Under the Direction of Councilman Spotted Bear

Burr adds, “We would like other Council Representatives to work with us and hire apprentices on all projects so we can work with and 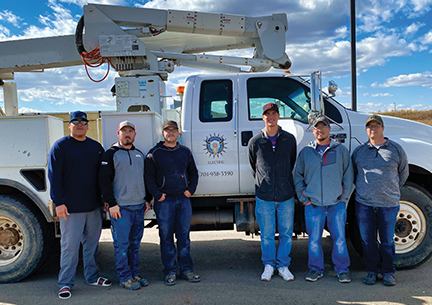 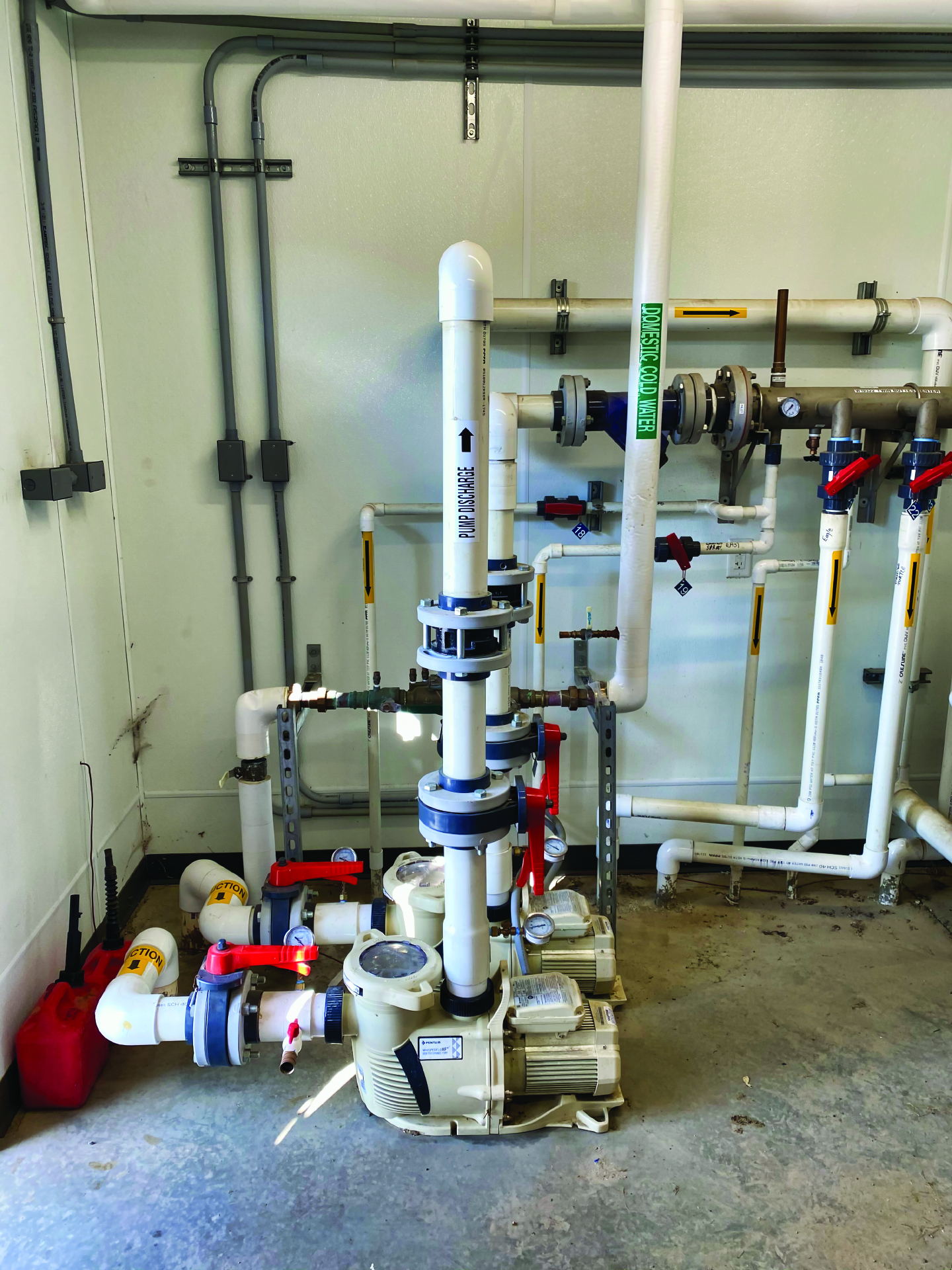 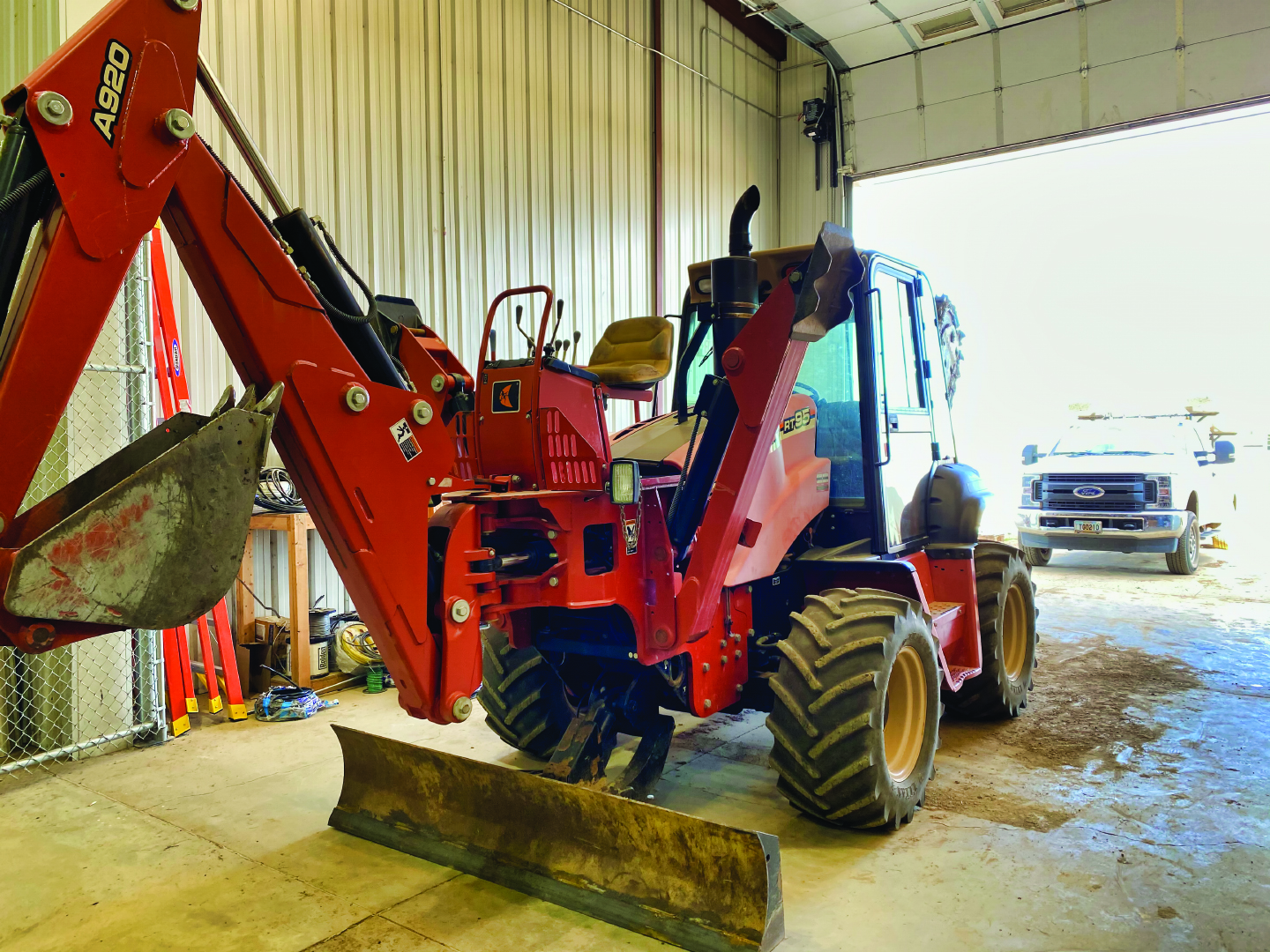 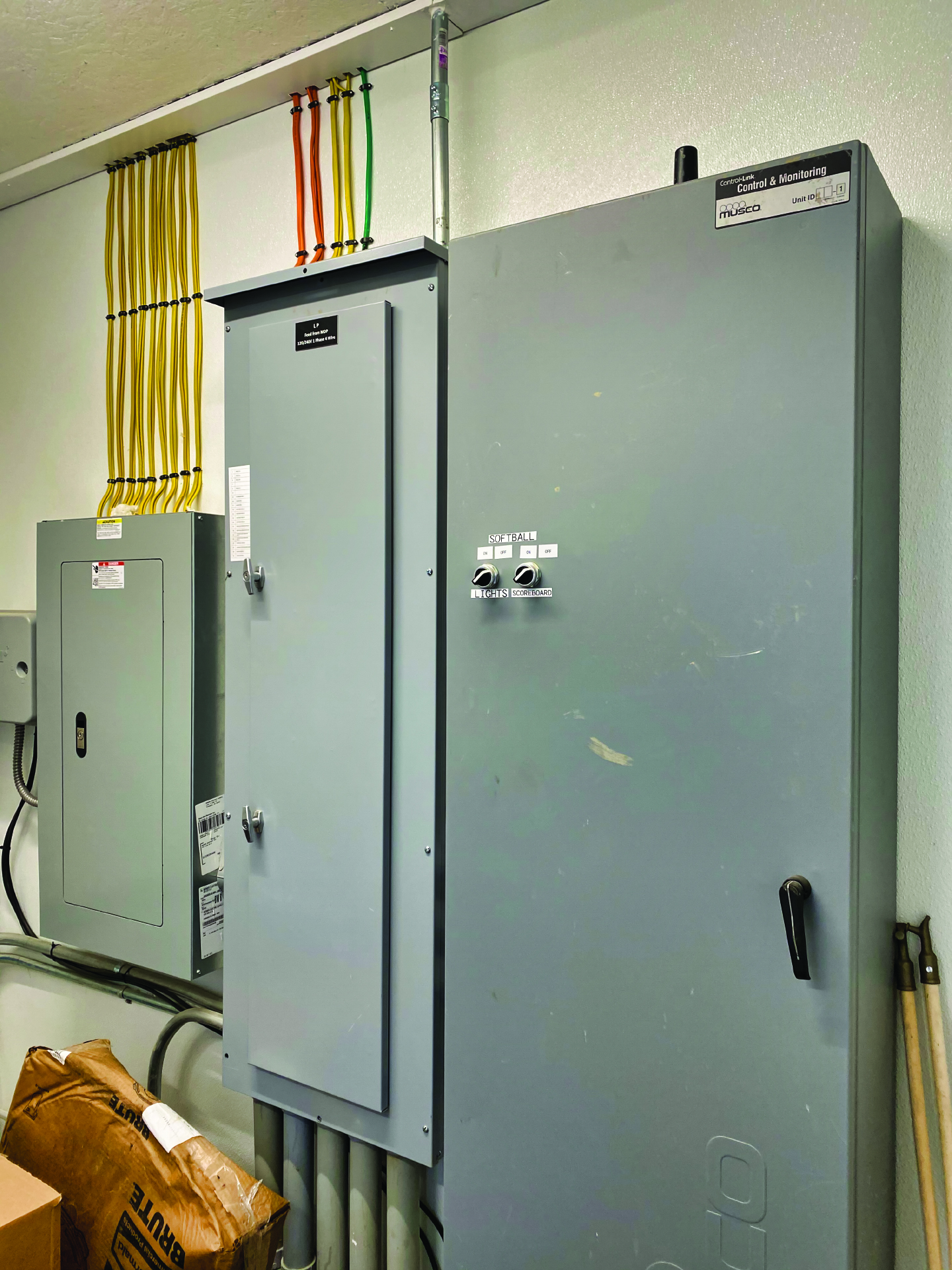 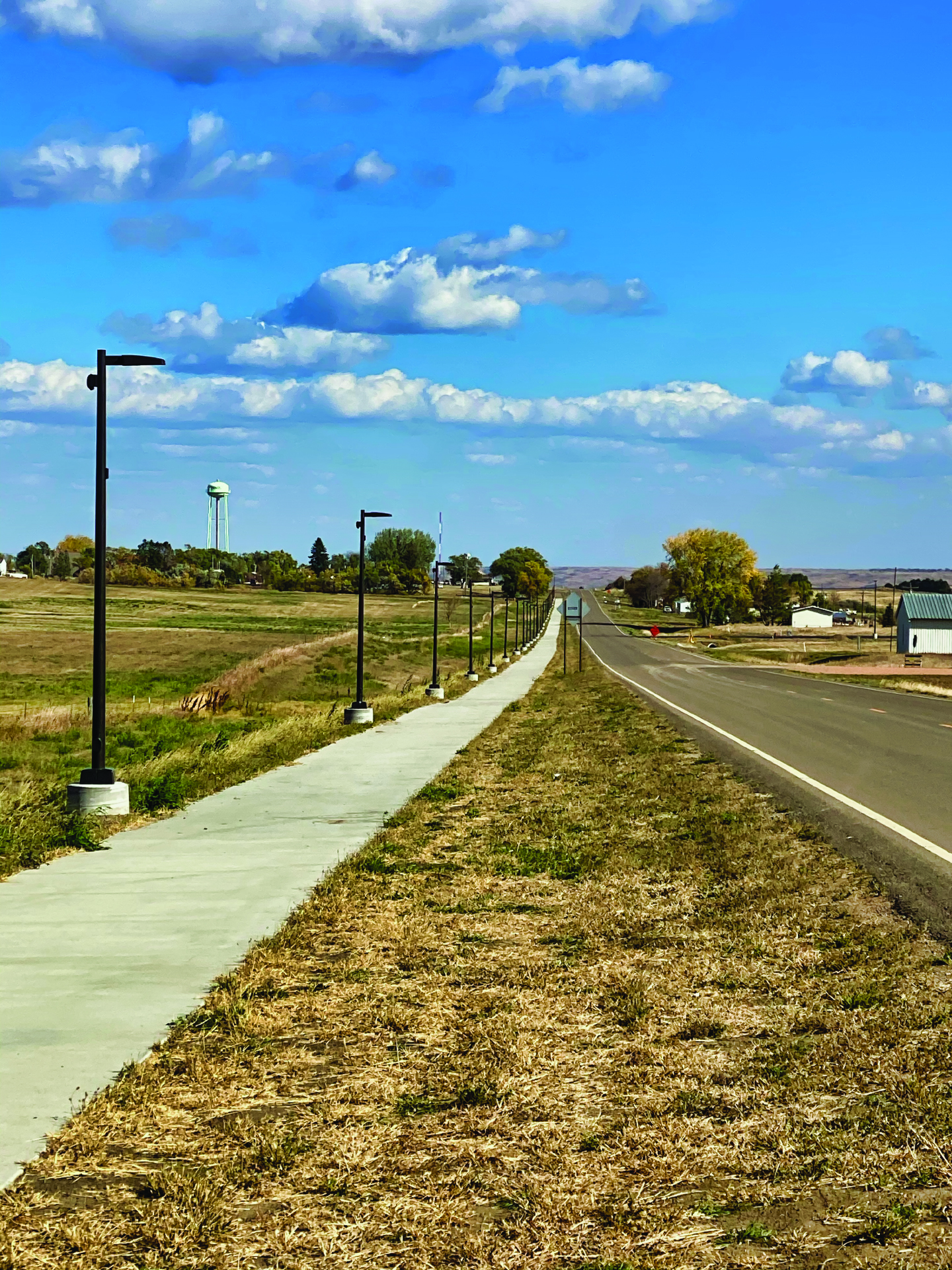 One mile of lights, underground wiring in Twin Buttes 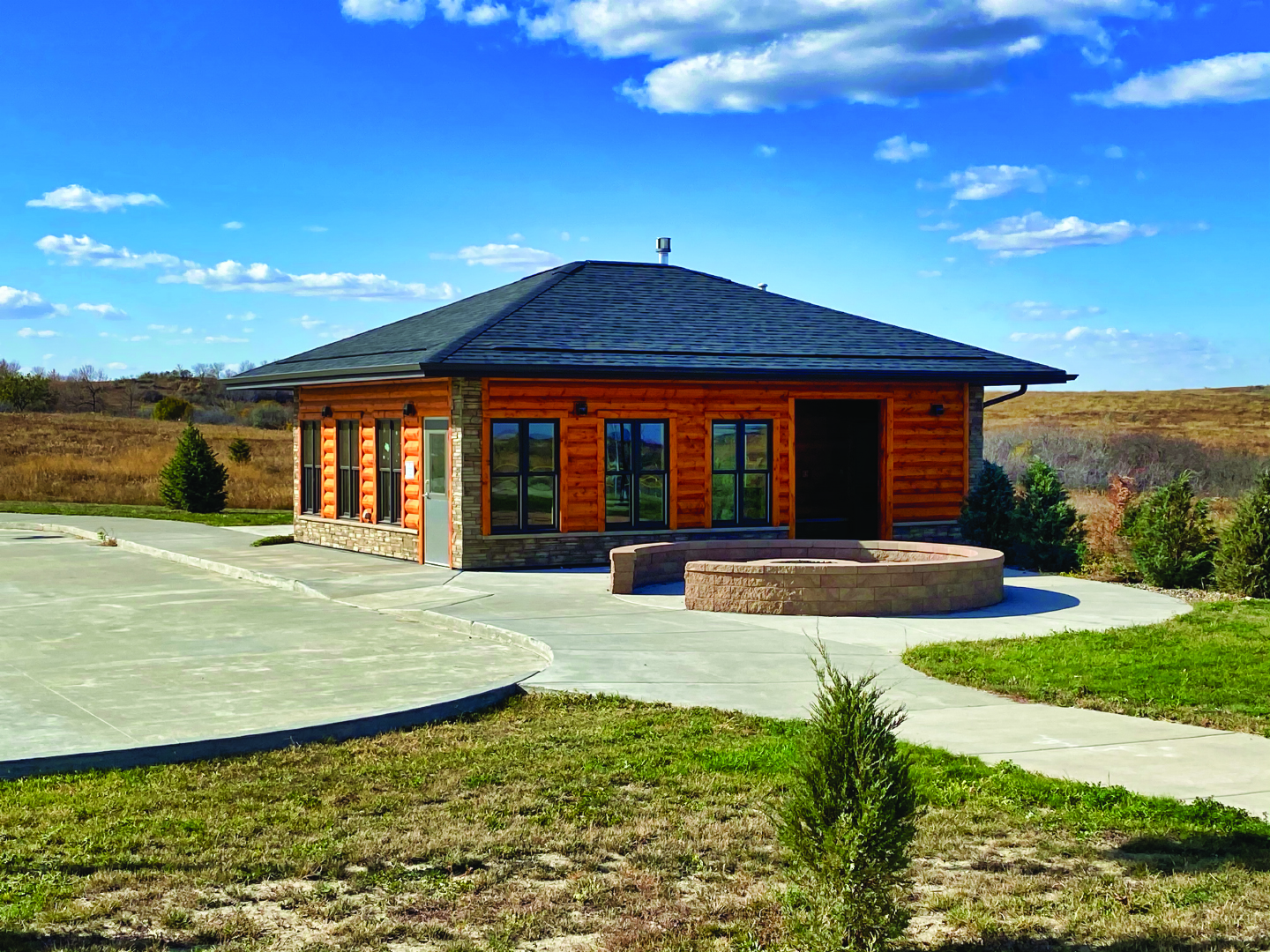 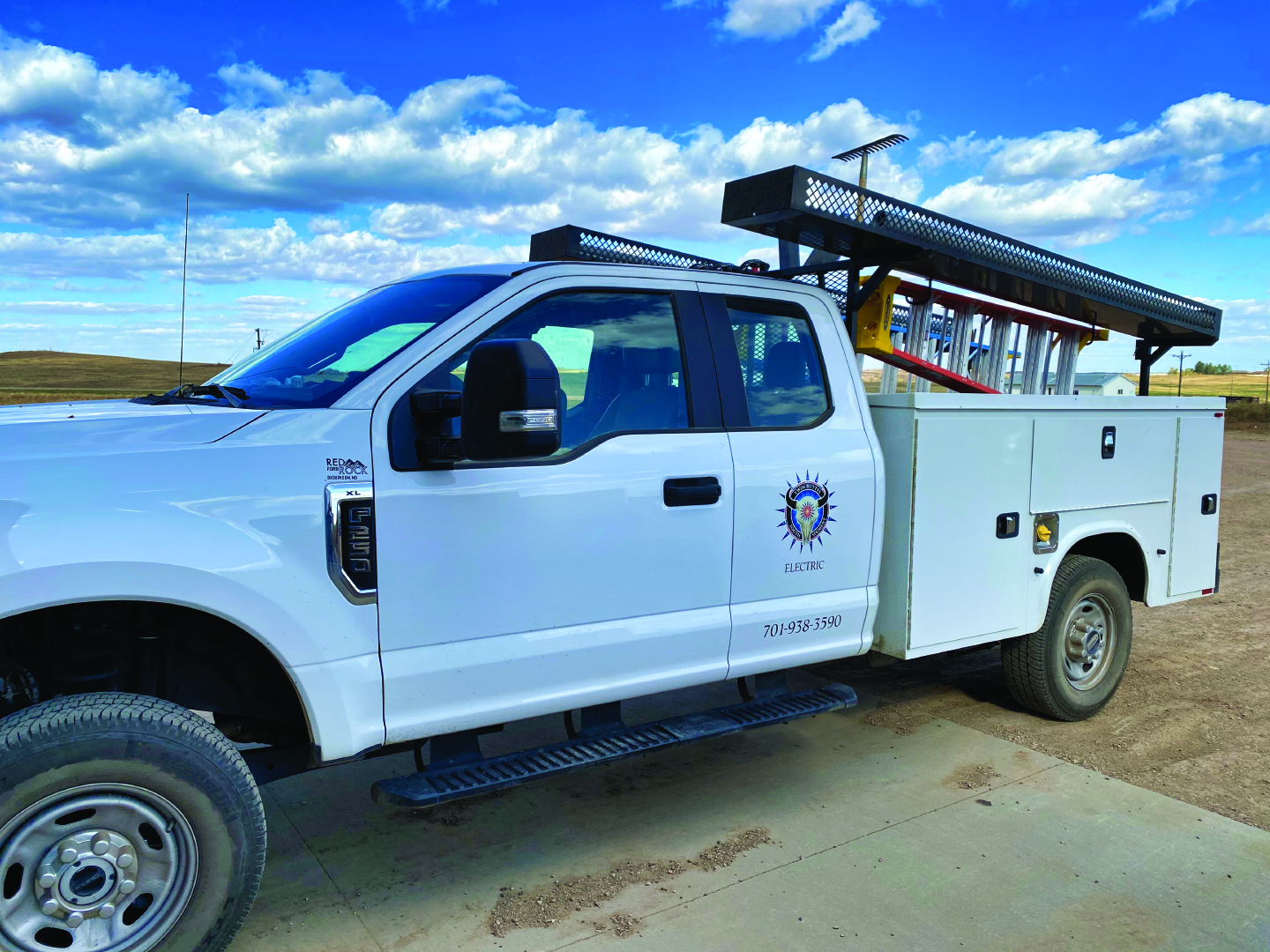 train them. We want the Segments to develop apprenticeship positions so that we can work with and train them to be Journeymen.”

It’s important that Tribal workers be recognized and designated by the North Dakota State Electrical Division as Apprentices and Journeymen Electricians, so the buildings are in compliance. When Herbel does a job, he is a Master Electrician so he can get from the state what is called an ‘Electrical Certification,’ and this has to be gotten in order to do work correctly and legitimately, and the work is recognized for state code, and all the Tribal codes needed in order to be legitimate.

“The Tribe is fortunate in that we were able to acquire someone like Derick (Herbel) with his background and licensing to come and commit to working with the Tribe in order to recruit our Tribal members and teach them as ‘Apprentices,’ to become ‘Journeymen.’” Burr said, “The Tribe could have gone out and found a Journeyman or two, but Mr. Herbel is really committed to helping young Native Americans learn this trade. You can take a Journeyman’s card today, and it is currently worth 45.00 an hour as this is what a licensed Journeyman earns in North Dakota or anywhere else in the country. You can take that same Journeyman card, and it is recognized with reciprocity in other states, those states which North Dakota also recognizes.”

Burr further stated, “This was one of the questions part of the community had asked, “What happens if we train up these kids, and then they leave?” Well, so what? They are Tribal kids, and if they want to leave and go and experience something else to work in the world, we have other positions. It is not just these four. We will keep bringing in Apprentices and teaching them their trade so that they can go out and work wherever they want to work. We get to stand behind them as they go out and make a prosperous place in this world.”

Derick Herbel’s background consists of wiring for 20 years, residential, commercial, and light industrial. He was born in North Dakota. As an Apprentice, he helped to put the lights in on Highway 23 to the bridge. In 2003, and as an Apprentice, he helped install wiring in the Northern Lights building. He also wired the Head Start building for North Segment. He also worked on the RTC building in Parshall in 2006 and 2007. He has done much work in the last five years in Twin Buttes and outside of Twin Buttes, and all around western North Dakota.