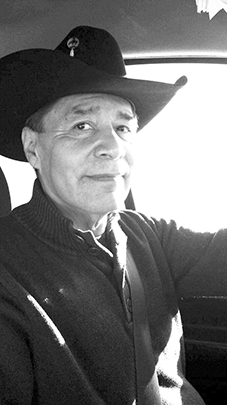 Kenneth Mark Jr. was born on July 10, 1954, in Minot, to Frances Necklace and Kenneth Mark Dragswolf, Sr. He was raised in Mandaree and New Town.  He moved to California where he completed high school and attended college.  He spent time living in California, Wyoming, and in New Town, ND.

While in California, he worked in law enforcement for the Los Angeles Police Department, where he was once awarded “Officer of the Year”.  In 1995, while living in Wyoming, he started Four Winds Security and Training Services.  A few years later he moved his company to New Town.

Kenneth was blessed with six children. He would tell stories and pass along their family’s oral history.  Kenneth loved to travel. He was artistic and enjoyed creating traditional native crafts.  He could draw, paint, sculpt, and was also good at woodworking.  He passed his artistic ability onto his children.