As for of the week of August 24th, over 80 million people have been tested for Covid-19 in the United States, and there have been roughly 180,000 deaths, proving we are by no means passed this pandemic. Our state statistics for the week are sitting at around 450,000 total tested, with 2,000 active cases currently, and a daily positive rate lingering right around 5%. Experts predict that this fall is going to be especially difficult with weather changes, kids going back to school, and the general population spending more time indoors. According to Chairman Fox, this is why it is very critical in our planning that we do something to stop ourselves from suffering. Stating that, we did do an awesome job within our Nation in the beginning, but with aggressive testing and the opening up of the outside, it has created a rapid upswing in regards to the virus, here on Fort Berthold. Chairman Fox expressed his gratitude towards the schools on our reservation and their agreement to start the school year with distance learning. In doing so, it gives us the ability to watch the data and see the trends in Covid-19 cases in regard to other schools in the state opening, before we decide how or if we will be going back to near normal  in-person school days here on Fort Berthold.

Although the majority of the people who test positive for the virus will not suffer death or spend time in the hospital, the problem becomes when the spread reaches the vulnerable. According to State statistics, there are over 1,000 active Covid-19 cases throughout North Dakota’s five reservations with 141 total positives on Fort Berthold. Within our reservation, the number of tests administered was over 4900 as of this week and of those, 36 tests are pending. Chairman Fox says, that although those numbers are still relatively low in comparison to other reservations, people still need to continue to follow protocols and procedures if they do test positive. Fort Berthold will continue to provide mass testing events every week as long as we are able. Also, we are still reminding everyone to keep following the three basic rules of hand washing, social distancing and wearing a mask.

In regard to federal assistance, Chairman Fox states, that it still remains inadequate and poor after losing up to 80% revenue from May through July. Thankfully, August has come up quite a bit and as the price of oil goes up, we will slowly start heading back into the right direction. As of now, he says, we are conservatively managing the revenue we do have and still have many projects currently being built. Of those, this includes a new administration building, new schools in Parshall and Mandaree, an Assisted Living Center for our Elders, a transitional living center in Bismarck which is now 60% done and an Interpretive and Cultural Center. Also, in the hopper, is a new dental clinic and diabetes center. Chairman Fox also mentioned the high costs of other programs that are provided to the people such as health insurance and drug treatment.

Chairman Fox discussed other goals he made 6 years ago when he first ran for his position as Chairman of the MHA Nation. Regarding the federal charges made against the present and former councilmen, as well as a tribal employee, it was and still is a goal to make things more transparent. Director of FBI, James Comey, was invited along with other Department of Interior and State Officials, as well as the U.S. Attorney’s Office and the Attorney General to sit down with our Tribal Government to discuss what could be done to fight the crime, violence, and drugs on our reservation. Chairman Fox stated, “I also made a strong point to tell the federal government to step it up when it comes to white collar crimes. The United States Government and our own Tribal Government play a role in that, to correct things, to build in protections and internal controls that can help prevent and stop these crimes. The cooperation with federal officials will continue this way, and at some point, in time, we will have a great improvement. Those concerns will be minimized, and that is the assurance I am giving.”

Chairman Fox ended the segment stating that, the mistakes of a few, does not make it the mistakes of everybody. The negativity out there is not helpful. Fox explained, “We have some tribal officials, council members and myself, that are working very hard and doing things by the people in the right way. We need that support from people, we need that encouragement because it is a tough job.” 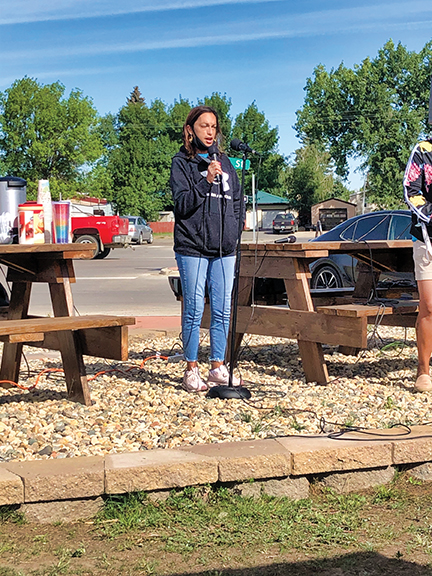 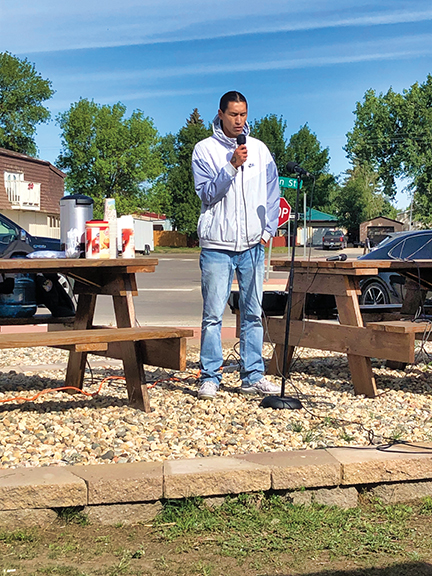