The new football field and sports complex at Parshall High School drew gasps of amazement from some fans last Friday evening because of how the state-of-the-art compares so well with some of the bigger colleges in the state. The Parshall/White Shield players also caused their fans to gasp with excitement with some of their amazing plays as the young football team managed to create some breath-taking moments for touchdowns in the second half. However, the Braves fell to the more experienced and bigger Ray/Powers Lake Outlaws team by the final score of 58-22.

The Braves lost their season opener on a beautiful night to play football or any outdoor activity. 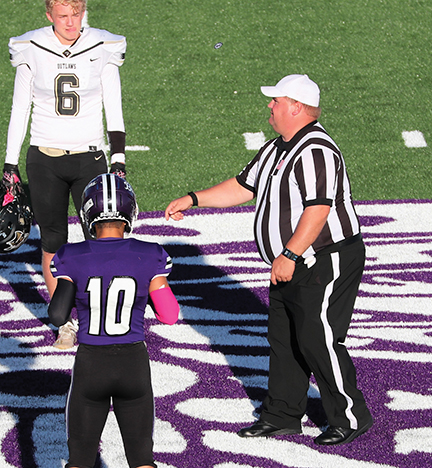 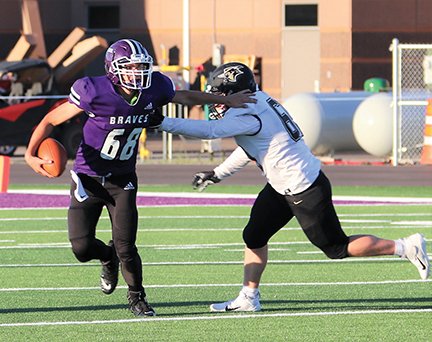 The first half was riddled with too many Braves penalties and that cost them plenty as the Outlaws racked up scores after Braves drives were stalled because of penalties. Quarterback Lawrence Polanco did his best to kick-start the Braves offense in the first half but he spent much of the first half eluding a relentless Outlaw pass rush. The huge line of the Outlaws was a big factor on both offense and defense and there was the outstanding play of their running backs.

“The penalties were bad for us in our first half and the drives we started. We had five penalties in our first drive and that killed us. I just think the kids were nervous and after that first half, they relaxed and there was only one penalty in the entire first half and that was a questionable grounding called on our quarterback,” said Braves coach Jay Clausen. “We learned from the game and we got a good group of boys who are working hard. We should get one of our bigger lineman back who should be back this next game. We need to concentrate on Divide County now. Every game, we have to prepare differently. These guys have a lot of heart and they gave it a hundred percent. They know they will get better and the game was a true test because (Ray/Powers Lake) is such a good team.”

The Braves first got a big run from Ezekiel Packineau who burst up the middle and did a couple of nifty moves to a long 53-yard touchdown run in the third quarter. The second touchdown for Parshall caused a huge continuous roar from the Braves fans in the grandstands. That was when Koda Deegan got free past the Outlaws line for a very long TD run with about six Outlaws nipping at his heels in what turned out to be a sprint race. Deegan was hit from behind but not before he already had broken into the end zone. The Deegan touchdown run was for 75 yards. The third touchdown run was provided by Braves quarterback Lawrence Polanco in the final quarter to add to the point total of the Braves. The excitement in the second half was in tune with the excitement that the athletes had playing in such a top-notch sports complex. More details about the new facility will be in next week’s story on the official ribbon cutting ceremony for the Parshall Braves Sports Complex. Parshall School Superintendent Shane Sagert was at the game and he was pleasantly pleased by all of the action and the positive comments he received about the new field and sports complex.

“It was a great turnout and see so many in the stands and have our athletes competing on the new sports complex. We invite everyone to our double header we are hosting and the ribbon cutting ceremony on Friday before our game with Divide County,” Sagert noted. 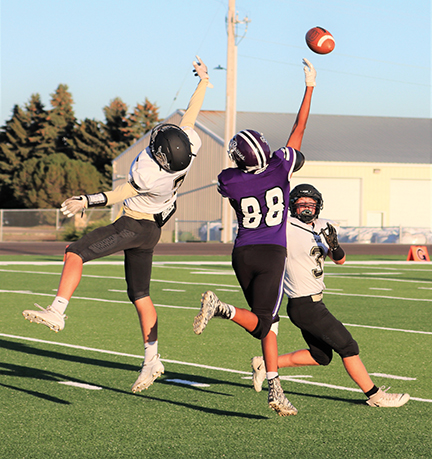 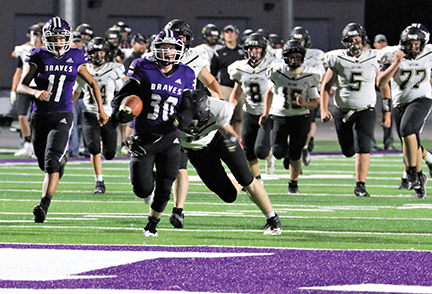