New Town Back to School Parade 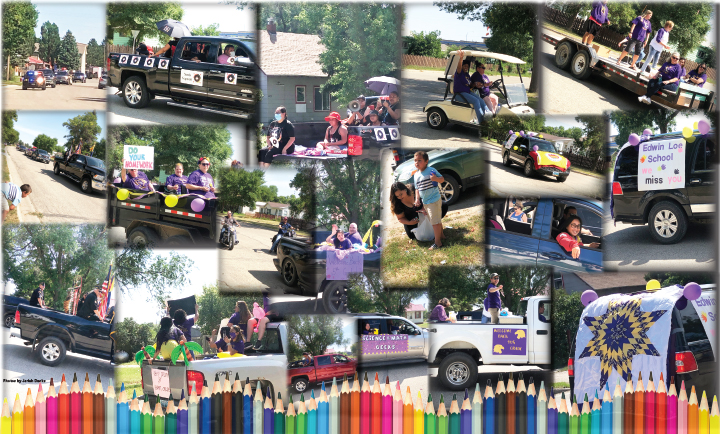 The parade organizers redirected the regular parade route, which typically winds through Main Street. Instead, the parade began and ended at the elementary school

New Town residents and children waited anxiously with bags to collect candy along the street sides of the newly designated route.

New Town Public Schools also held a parade at the end of the 2020 school year and during COVID, where teachers held signs with expressions of acknowledgment as to missing their students in the classroom.

New Town School District began distance learning on Wednesday, August 19th. This will continue for the first four weeks of the school year, as part of a distance learning directive approved and passed at a school board meeting on July 24th.

The parade was a demonstration for teachers and staff to show their support and appreciation for the students while abiding the abovementioned directive of social distancing measures.

The school board will meet again on September 8th to consider updated information and, at that time, will consider bringing students onto campus. 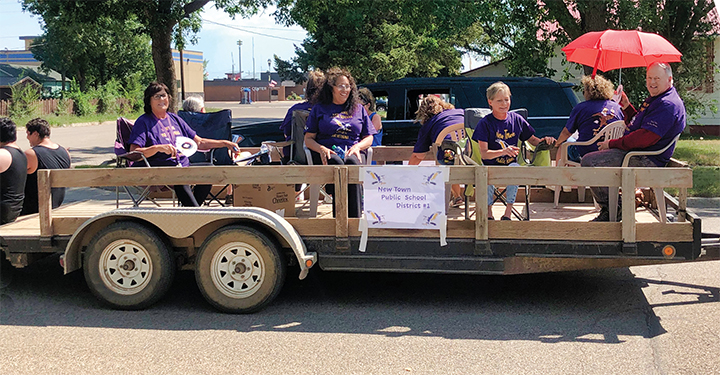