A Rocking Rodeo Thrills All

North Segment Rodeo is a Super Saturday of Excitement and Entertainment

There were many thrills and spills at the North Segment Rodeo held in New Town recently. The events slack competition during a long day of riding and roping and the performance portion that evening. The rodeo was part of the Northern Badlands Rodeo Association and gave the fans a lot of action.

In Team Roping, that event was won by Jesse Chase and Rope Three Irons who had a great time of 5.96. Third place was won by the team of Jaret Baker and Toby Delorme at 7.19. It was Jess Hall and Jess Chase combining to take 7th at 15.88. Mervin Packineau and Toby Delorme ended up with 9th place at 22.63. 10th place went to Royce Heart and Eskie Heart with a time of 23.53 and in 11th place with a qualifying time of 25.18 was the team of Jim Baker and Jaret Baker in a large field of team ropers.

The Ladies Barrel Racing champion for the rodeo was Shausta Blodgett who turned in a winning time of 16.070 and right behind her was Amber Crowley with 16.280 for second place. Leigh Foote took third with a time of 16.508. Fourth place was won by Jojo Fischer at 16.513 and fifth place went to Bailey Chase at 16.564.

Junior team roping champion buckles were Devin Bear Claw and Bailey Chase with a winning time of 18.31. A split second behind them was Maize Two Bears and Eskie Heart at 18.39 for second place. 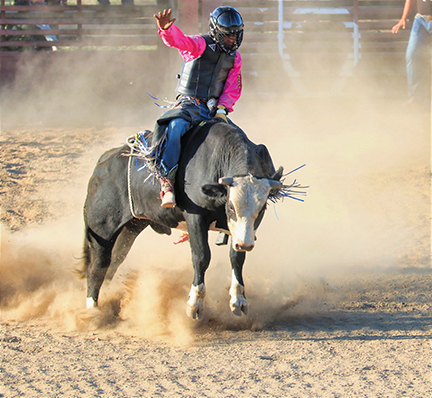 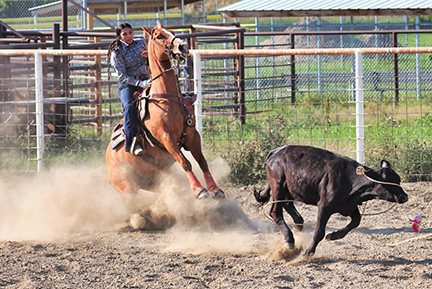 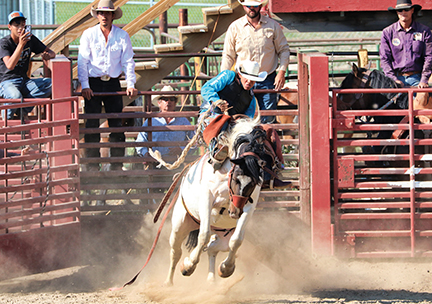 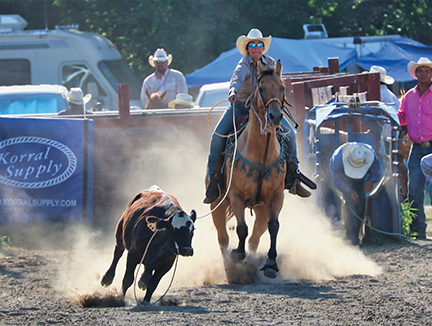 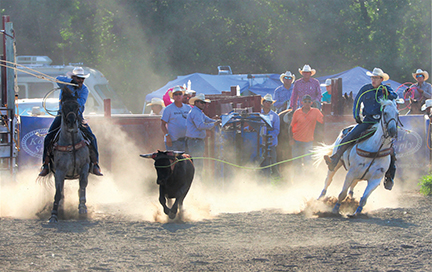 In Senior Breakaway, the co-champions were Tom Knight and Eric C Watson who both had a time of 2.41. Fourth place went to Mervin Packineau with a time of 3.98.

In Ladies Breakaway, the champion was Amber Crowley who had a time of 2.03 and second place went to Kayla Wickum at a time of 2.53. Third place was won by Maelee Heart at 3.23 and fourth place was captured by Kari Jo Lawrence with a time of 12.55.

The Junior Breakaway was won by 13-year-old Cruz Kurlee with a time of 3.93. His nearest roping rival that day was Logan Vocu who hit the horns in a time of 5.21 for second place. Third went to Maize Two Bears with a time of 7.19.

In the performance that night, Maize Two Bears won his first trophy buckle in bull riding with a qualifying time in the final event of Junior Bull Riding.