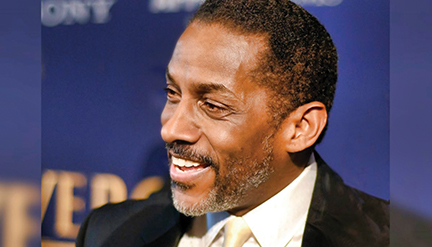 New Town – Cameron Arnett was scheduled to appear at New Town on the weekend of August 1st, for the promotion of his Christian-based movies; The Overcomer, and I Still believe. However, the State of North Dakota issued a high-risk travel warning for COVID19 and his plans to visit Four Bears and Williston were cancelled.

His wife and agent, BJ Arnett has since informed us he will visit as soon as the health and safety restrictions are lifted and at that time, he will continue as originally scheduled as a guest with KMHA 91.3 FM Four Bears Radio Host, Marva Pretends Eagle and conduct gospel teaching and scripture reading to our listeners and viewers.

We will keep readers updated as to when this visit will take place. In the meantime, we urge our readers to watch both of his movies, The Overcomer, and I Still believe which can be found on Prime Video and in Red Box Kiosks at local vendors and online.

We have included his phone interview below with KMHA 91.3 FM’s Radio Talent, Catharsis as we had originally planned for his August 1st touring appearance:

Arnett: Hi Will, how are you?

C: We are so pleased to have you call in. Your past television credits include NBC’s, Miami Vice, Fox’s Star Trek, The Next Generation; ABC’s, China Beach; Doogie Houser, MD; VHC – One Single Lady. He has transformed from that world of Hollywood into something else.

Arnett: “Several years ago when I was in California, they wanted me to do a partial body nudity in one of the television series that I had just gotten – so I had decided it was time to let it go, what God said to me was it was time to get out of the business and so I did. Twenty-five years later, after talking to different churches in Atlanta, I find myself back into the arena of filmmaking but on the Christian saying (inaudible). Since then, I have made about 22 different films in the last seven years, the last two being the Overcomer, and I Still Believe. God had just shown himself healthy. I didn’t know He was planting a seed back then, but He made it flourish now.

C: Speaking of ‘Overcomer‘ and ‘I Still Believe,’ that’s why you are in Williston this weekend, correct?

A: That’s correct, I will be at the Glory of the Lord’s Family Ministries this Sunday at 10:30, and I will be doing a leadership summit for them this Saturday, August 1st.

C: Are you going to be doing the sermon on Sunday then?

Arnett: I am, I will be speaking at the Church on Sunday.

C: So, you’re a Minister then as well?

Arnett: I am. Again, for the last 20 something years, I’ve been in pulpit ministry – the fact that God opened this door and decided this isn’t something that he wanted me to do was a surprise, but again, now that I’m in it fully, I understand exactly what he’s doing.

C: I’ve been speaking with Miss BJ, who is on your team and also happens to be your wife, correct?

Arnett: Without a doubt that’s really the one who’s on my team

C: That’s just it, that’s what I really wanted to bring up – it seems like your team is right there with you and it’s beautiful to see. You wrote a book, “A Good Man’s Child’s Woulda, Coulda; Shoulda Story,” give us a slight synopsis on that.

Arnett: A while ago, one of my sons asked me, “Dad, what would you have done differently” of course, this has been the age-old question that people have asked for eons, and it sparked my interest. I started talking to him, Let’s go ahead and write a book and actually answer not just for him but for anybody who is of his age and thereafter – the bottom line is as adults, we’ve made our mistakes, and we’ve learned so many things – especially being now in Christ, there’s so many things that I know now that I wouldn’t have done, so many things he’s taught me even in the last few years that I am implementing now. So I wrote a book about it – it’s an, “I wish I could’ve, would’ve, should’ve story” It’s to just make sure that parents covenant with their children in giving them a principle that governs life that makes sure they don’t make the same mistakes and that they end up having a better life than I did. 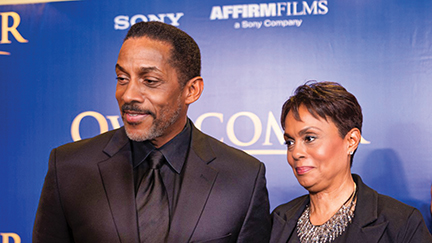 C: Where can I find the book?

C: So, is there a digital copy, as well?

Arnett: There is – you can get a digital copy off of Amazon

C: I noticed you guys are working on a project, a three-part project tell us about that.

Arnett: Yes it’s a trilogy called Mattie, and we’ve already shot the first installment – it’s streaming right now on mattiethediscovery.com – it’s A trilogy where my wife and I were both cast in the film, and the producers couldn’t finish it, and so the writer asked us to take it on – so we took it to the Lord, and he greenlighted it. It has turned out to be a phenomenal project and we’re very happy with it. Hopefully, after this whole COVID, whatever – we can move on to installment number two.

C: I noticed on the website, you’re asking the public for help with the other two?

Arnett: Yes, since people have seen the first one, everyone is chomping at the bit to see the second one, and they want to know how we can get involved and get behind it. We’ve opened it up to the Church and to anybody, to our friends and family, and people now are wanting to be part of the project. We’re excited about this, and we’re excited beyond what we would imagine, and we’re looking forward to what will be happening next.

C: that’s exciting, and I will be donating tomorrow. There is a donation button on that page. Go and donate and purchase the first installment.

Arnett: yes, on Mattiethediscovery.com, you can go ahead and purchase; you can stream it, rent it, or you can donate it – the whole thing.

Arnett: Right, I knew we were going to be doing Overcomer, but finding out we were doing ‘I Still Believe’ is just over the top, and we’re going to be at the theater at six-shooters show hall.

C: So you’re going to be joining our show here at KMHA with Gospel Time with Marva for a short period on Sunday and just wanted to let you know our staff is really looking forward to that and is really grateful your team had reached out to us – is there anything else you want to touch base on before we call this interview?

Arnett: I think the main thing is God is using film making to make people know he is in love with them and he is not angry with them so the opportunity to be outside of the forewarned in proclaiming the love of Christ to people is what it’s all about and so we pray that people will come out and rejoice with us as a God speaks the word and tells the family and shows the family that we are still family.

C: Where can we find you on social media?

Arnett: They can go to CameronArnett.com; they can find me under ‘Cameron Arnett the actor‘ on Facebook and Instagram.