New Town – The outdoors were never a better place to be, and the rodeo action was as good as it gets in New Town at the Xoshga Days Rodeo.

The rodeo had its usual events and many riders and ropers who each displayed horsemanship and athleticism. The day-long event took place on a hot, windy day, but the show went on with the team ropers, barrel racers, tie-down calf ropers, breakaway ropers, along with the bull and bronc riders. Thrilling moments were enjoyed not only by the rodeo participants, but all of the fans as well. Taking place at the New Town Rodeo Grounds, the Xoshga Days Rodeo was the inaugural rodeo with that new name. The rodeo had always been known as the Driver Family Rodeo, but it was renamed by the family and was put on by Delvin Driver Sr and Marvin Driver. 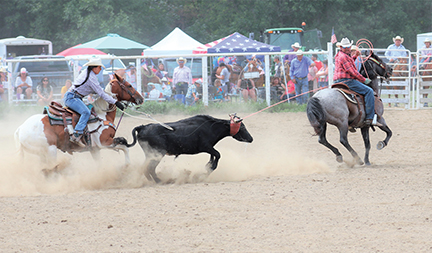 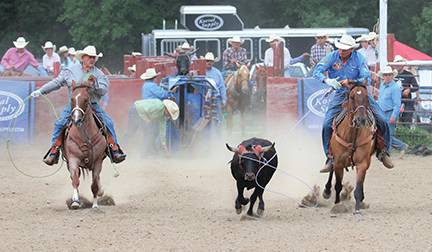 The history of the Hidatsa people and the group known as the Xo’Shga is one of survival and the strong will and pride of the Hidatsa. Most people know the Trail of Tears that followed the Indian Removal Act of 1830. The U.S. government – under the direction of President Andrew Jackson – forcibly removed tens of thousands of Natives from their ancestral homes, and thousands were murdered or died along the way west of the Mississippi River. Sadly, the Hidatsa were forced out and along their own trail of tears.

In 1869, the Xoshga Hidatsa people under the leadership of Crow Flies High and Bobtail Bull fled colonial persecution and lived along the Missouri River near present-day Williston. They wanted to live free and maintain a traditional lifestyle. The Xoshga were not discovered by the colonizers until 1894 when the government imprisoned and force-marched the Xoshga back to Ft. Berthold.

The Xoshga that survived the winter march settled in the Shell Creek area south of where New Town would be established. Every year, the Xoshga Riders do a memorial ride in honor of their brave and hardy ancestors. The Antelope Society remains a stronghold to preserve the language and culture of the Hidatsa and Xoshga.

The Xoshga Days Rodeo was a great tribute because the Hidatsa have always been known as ‘horse people.’

Randy Baker is an MHA Nation tribal member, and he was instrumental in helping organize the rodeo. It was a sanctioned rodeo under the Northern Badlands Indian Rodeo Region #4.

Area rodeo ropers and riders who did well and finished in the Top Ten in Senior Team Roping were Jim Baker, who teamed up with his partner, Eric C. Watson, to place third in team roping.

In barrel racing, Maylee Heart took third, Leigh Foote was 7th, and Brandee Brugh and her horse worked their way to a 10th place finish.

In the Ladies Breakaway; it was Eskie Heart who won the championship buckle, and she was followed by Shausta Blodgett of the Turtle Mountain Chippewa, Maylee Heart won 4th place. Jessee Vigen came in 6th. Bailey Chase 7th, Hailey Vigen 8th, Verna Hicks 9th, and Megan Danks was in the top ten for her efforts.

In Junior Breakaway, it was Bailey Chase with a third-place finish, Shannoah Danks with 4th place and Arena Delorme in 5th place, two riders from the local area, who placed well. Maize Two

“I feel that everyone enjoyed themselves, and the turnout was really good,” said Baker. 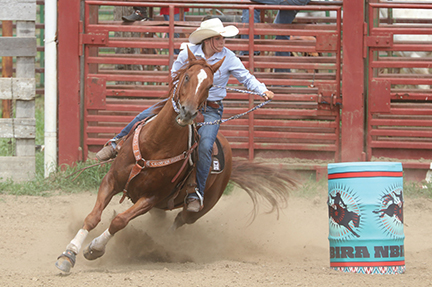 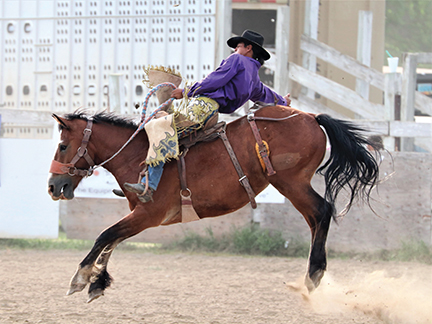 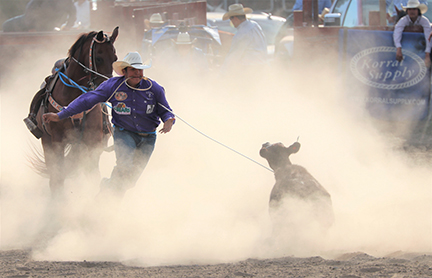 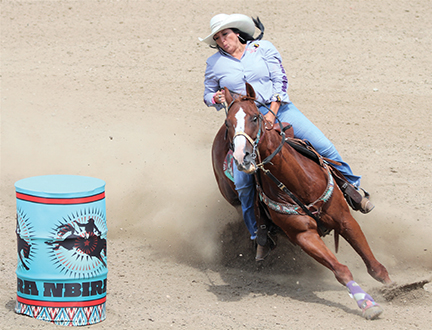 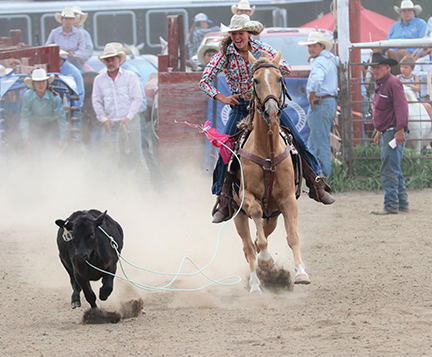 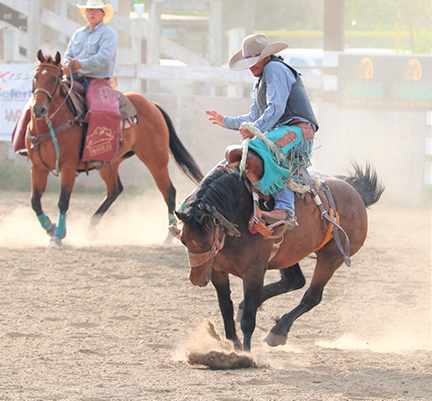