NEW TOWN, N.D. — Family members want answers, and Federal authorities are still trying to determine how Olivia Lone Bear died as well as who was driving the truck the night she died more than 2 years after her body was found in Lake Sakakawea, on the Fort Berthold Indian Reservation. Her body was later discovered on Jul 31, 2018. 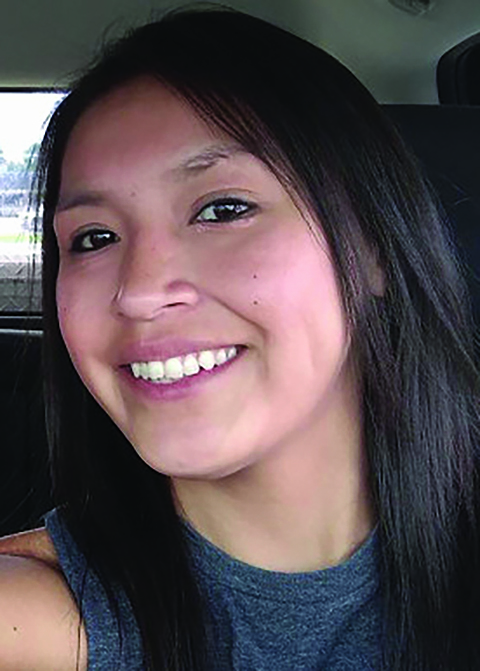 The 10,000 dollar reward is still in place for anyone with information leading to the conviction of the person(s) responsible for her death.

Olivia Lone Bear, 32, was reported missing to the Three Affiliated Tribes Police Department on Oct 27, 2017, two days after she was last seen driving a teal-colored truck, she is reported to have borrowed from a friend in New Town.

Two years later, in Nov of 2019, it was reported authorities had released new details about the case after briefing family members of the mother of five who went missing. Unsealed search warrants indicated murder or manslaughter are not ruled out as causes. Suspicious circumstances surround her disappearance as affidavits reveal she was buckled around the waist into the passenger seat of the truck when she was found. A witness told investigators that one of the last text messages he received from her said she had been to a bonfire and was going “mudding” — a practice of off-road driving usually conducted near rivers or swamps. The next message from Lone Bear read, “Good-Bye!”

None of the people interviewed by investigators identified anyone who went to a bonfire or went “mudding” with Lone Bear, according to the affidavit.

In late July 2018, Lissa Yellowbird – Chase, a volunteer of this search, member of the MHA Tribe and proponent for ‘Our Missing and Murdered Indigenous Women’ rigged up her boat equipped with sonar and found the truck Olivia was driving, submerged in 21 feet of water, 400 feet from shore in Sanish Bay on Lake Sakakawea, about 1½ miles from her home near New Town.

Lone Bear’s body was recovered from within the truck after it was pulled from the lake.

Our newspaper staff spoke with Missouri FBI Special Agent, Kevin Smith, this week regarding the progress of the case and its likelihood of being solved soon, and Smith reiterated, “Please remember, we need people to come forward about anything that happened that day. We are hoping with this time that has passed; people have a fresh approach to thinking back about this case. Anything they can remember as to the event or details before or after, believe me, no detail is too small.”

Lone Bear’s cause of death was ruled undetermined after an autopsy, according to information released by the office of Drew Wrigley, U.S. Attorney for North Dakota in 2018. Medical personnel did not find “definitive traumatic, natural or toxicological causes for her death,” according to the statement. A medical examiner also could not determine whether she had drowned, according to federal search warrants unsealed in November of 2019.

According to an NBC News article dated Dec 11, 2017, again, two nights before she was reported missing (Oct 27, 2017), Olivia went to the local Sportsman’s Bar with friends. According to a release by the Three Affiliated Tribes Police Department (TATPD), Olivia was last seen leaving the bar in the Chevrolet Silverado 2500 HD LT with the North Dakota license plate 839-BRC; Matthew Lone Bear (Olivia’s brother and advocate for change in police and law enforcement  investigation policy in sovereign jurisdictions) said he was asked not to comment on whether she was alone when she left, because it’s an open and active investigation.

Matthew says it seems that Olivia did come home after leaving Sportsman’s, though. He told Dateline News that family members later found her cell phone, wallet, and money at her home on the Fort Berthold Indian Reservation. In the home, the family also found the items of clothing Olivia was last seen wearing.

After not responding to phone calls for two days, Olivia was reported missing to authorities by family members.

According to the Bismarck Tribune, two years after her disappearance in November of 2019, Special Agent Wrigley reported, “We’re at a potentially critical point in the investigation.” Wrigley further added, “Anyone with information out there, maybe they thought that it wasn’t important before, or maybe they had been reluctant to come forward until now, and I would say to them that now is the time.”

Search warrants indicate investigators have sought Facebook and OnStar data in the case, along with evidence from the truck.

There is an online clip documentary published from the BBC:  https://www.bbc.com/news/av/world-us-canada-47739703/what-happened-to-olivia-lone-bear

Native American women have been victimized at high rates of violence for decades. The Savanna’s Act or #MMIW Act reforms law enforcement and justice protocols appropriate to address missing and murdered Native women, and for other purposes. An initial version of the bill passed the Senate on December 6, 2018.

Savanna’s Act is named for 22-year-old Savanna LaFontaine-Greywind, who went missing while pregnant in 2017. Her body was found in a North Dakota river.