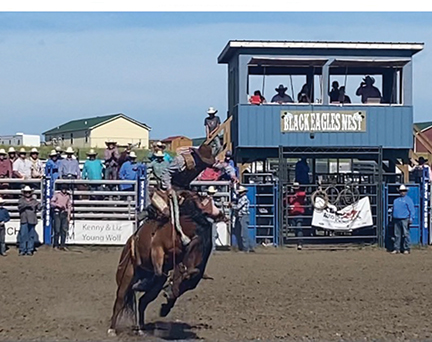 MANDAREE, ND – July 5th drew a large crowd of eager bronc and bull-riding enthusiasts to the little town of Mandaree from all parts of the nation, “We have got about all 50 states covered  here,” announced Kami Kling working 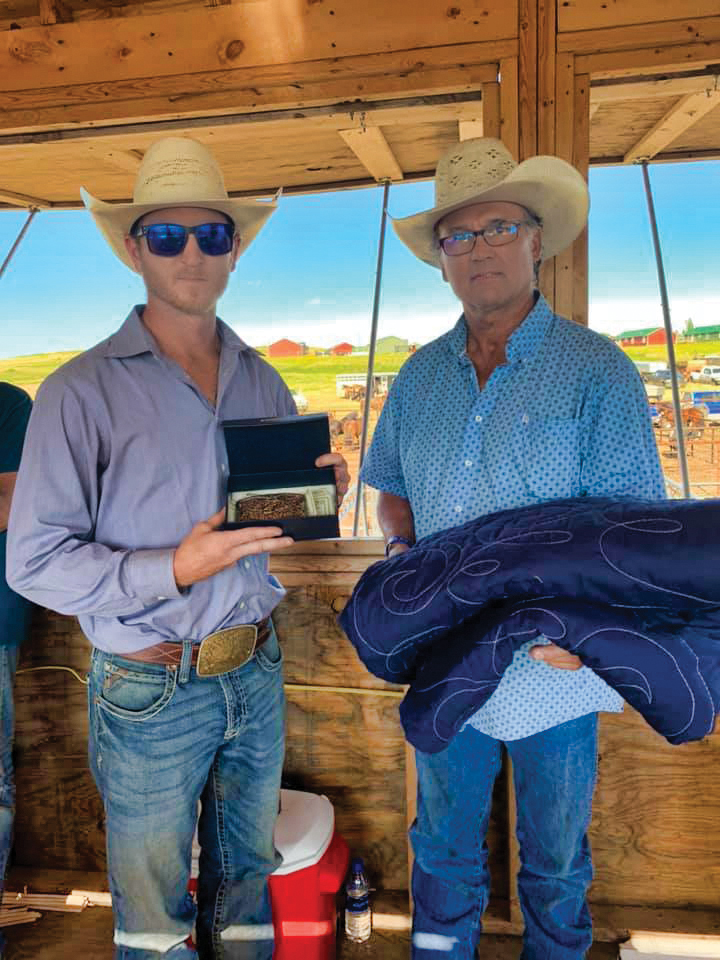 alongside Lloyd ‘Charlie’ Vigen, President of the Mandaree Rodeo Committee, from the ‘Black Eagle’s Nest’ Grandstand at the ‘On The Slant’ Arena on Sunday afternoon. This followed a weekend filled with parades, Indian Relays, and a fantastic firework display and dancing to celebrate Independence Day on the Western Segment of Fort Berthold Indian Reservation (see also story and photos submitted by Logan Davis).

“Are you ready for this Rodeo, Fans?” Kling yelled over the loudspeaker followed immediately by hoots, hollers and clapping along with a final, “Let’s dance!” before Cody “Hot sauce” Demoss of Louisiana scored a winning 89 points in the final championship round thereafter, becoming a new leader with an 82 on his first saddle bronc ride leading him into the final round to steal the purse.

“The Bulls are really bucking,” Kling’s announcement was a considerable understatement since many tough riding cowboys came away under points with at times, and as always is the argument, questionable timing on their ground reach; Jake Smith, Laselle, CO, rode “Brindle Bill” and after a few short seconds was stomped by the beast with Kling’s immediate commentary: ”If you would have had the angle I had, you would have seen that bull and thank God for that protective gear that they wear – that bull stepped right on his head, and I could hear the kicking from up here that he took … He took a heck of a shot there! If you don’t think Cowboys are tough and this isn’t the toughest sport on earth, then you obviously aren’t watching what’s going on in here.” 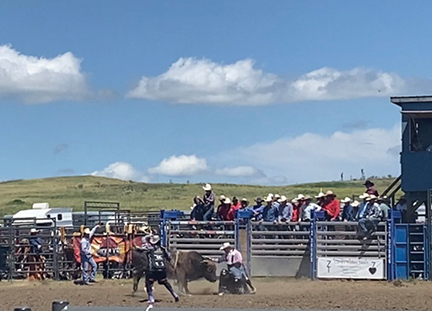 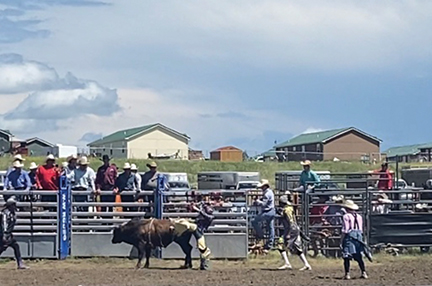 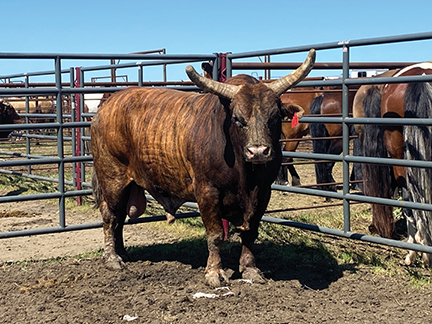 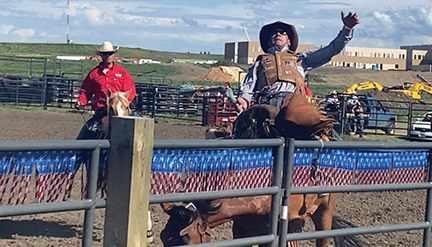 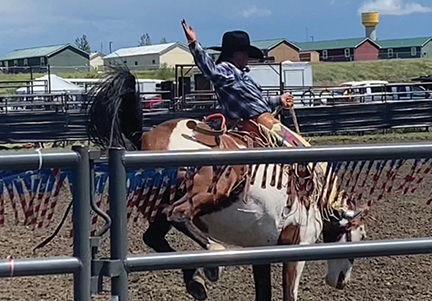 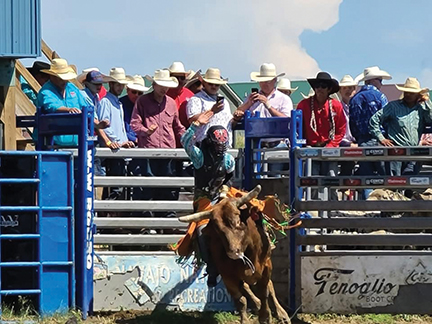 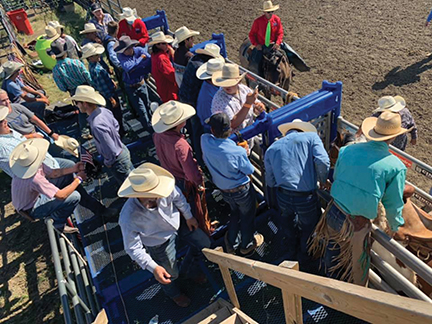 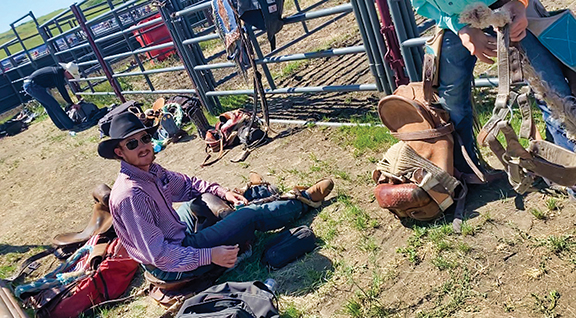 On another shootout, Tucker Murtens, Veblen, SD, rode “Rent-A-Cop,” a large black bull for a short few seconds before he was flung to the skies for an abrupt landing but not long before Rent-A-Cop (“That bull looks rodeo don’t he?” – Kling) was charging the stands and spectators were warned, ‘If you got kids close to the arena, keep them back please.”

Tim Wolford, NDRA’s National Bullfighter of the year, was at every rescue to pull a cowboy away from the stomping, steaming beasts of burden. Rockin’ YB Bulls, Oakdale-Coulee Buckers, K & K Bucking Bulls, AJ Krasco Bulls, Vigen Bucking Stock, Moss Brocker Stock, and Klings-Headings Rodeo provided stock for use at the event.

Lane Wilkins was the final short round cowboy and got no score for an early ending again, the “Bulls [were] really bucking!”

A tribute to Chuck Hale and his family as they put up extra money for the ‘High Points Ride’ of the day as well as a ‘Buckle Presentation.’

On the ‘Chute out’ (Saddle Broncs):

The Bull Rider finalists split the purse as no man was left standing.

Kling announced the Mandaree Rodeo Committee and Kling’s-Headings Rodeo joined together for this first round of rodeos in Mandaree, and according to the turn-out this weekend, we should be seeing bigger name riders coming this way on a regular basis.