All five tribal chairs discussed the ways they are working to protect their tribal homelands in the face of these attacks — the Mashpee Wampanoag are fighting to reestablish their Reservation, and the Tohono O’odham Nation are seeking retribution for their sacred sites that were destroyed by the Customs and Border Patrol. All Nations present reflected on the challenges in navigating these attacks on sovereignty during a global pandemic, which has disproportionately affected Native communities.

Chairman Fox presented the MHA Nation’s fight to reaffirm its mineral rights beneath the Missouri River on the Fort Berthold Reservation. On May 23, the Department of the Interior issued a false M-opinion claiming the State of North Dakota holds the rights to the riverbed and underlying minerals on the Reservation.

“The opinion basically said the Tribe does not own the Missouri Riverbed that passes through our tribal nation, and reverses 80 years of precedent set — two prior M-opinions, as well as other federal acts,” Chairman Fox said. “There’s drilling being done under our riverbed, much of it illegally — those royalties are taken and maintained by escrow accounts that are maintained by the oil companies… [with] this latest M-opinion, the state’s coming in and taking it away.”

Now, after over 80 years of precedent, the State is laying claim to the Riverbed within the Reservation. According to Chairman Fox, “The reason they did this, plain and simple, it’s greed.”

This taking is occurring despite the royalties the State of North Dakota is receiving from drilling on former MHA lands that were taken from the Nation over time. “We once possessed 13 million acres under the Fort Laramie Treaty of 1851. We’re now down to a million acres,” Chairman Fox said.

Oil and gas royalties have been a major asset to MHA Nation over the past decade in aiding its ability to reestablish self-sufficiency. “Over the last 10 years, we have been using these assets to rebuild our nation, reestablish our economy, build schools, work on medical services, provide insurance for our people, provide burial funds,” Chairman Fox said. “We can no longer build those things if they’re going to take millions [hundreds of thousands] of dollars sitting in escrow.”

As Chairman Fox stated, the Federal Government has “basically given away our trust assets.”

Furthermore, Chairman Fox called on attendees to get involved. “We need people to say, ‘reverse this opinion, go back to the precedent set for 80 years,’ and then we can get things done. Let your representatives know we will not allow this to happen.” 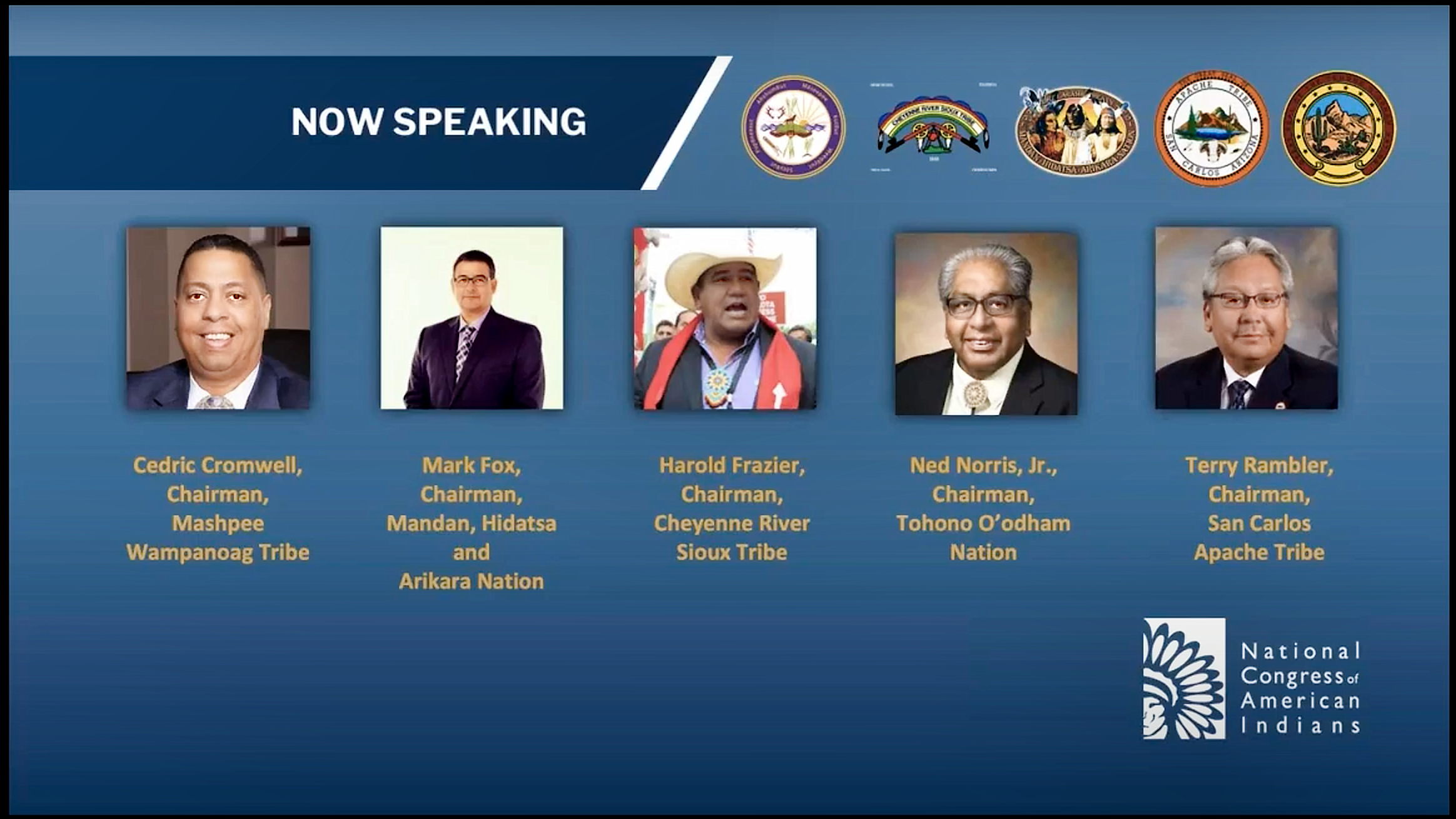