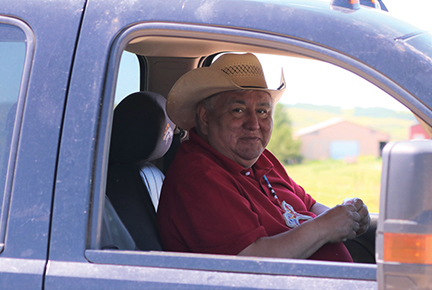 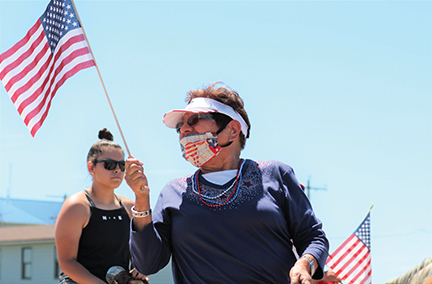 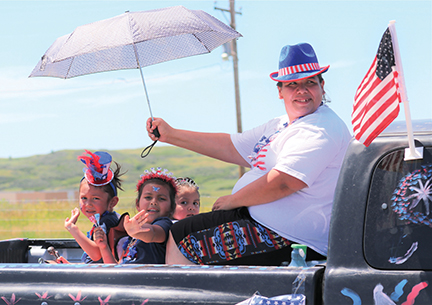 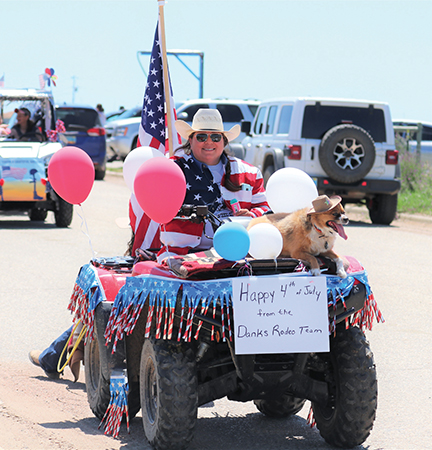 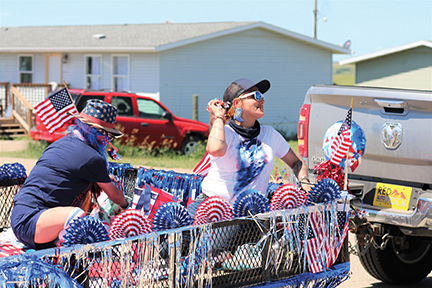 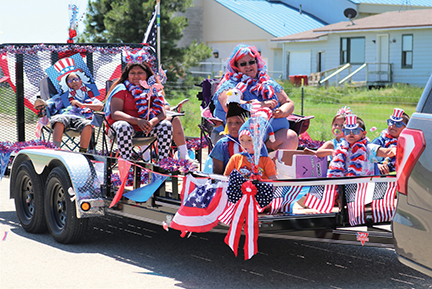 The heat did not stop the many events that took place on the Fourth of July in Mandaree. The 2020 Bakken Days Parade had colorful and creative floats, and of course – a lot of candy for the kids flying out into the streets along the parade route. The parade was the start of a very busy day for celebrations and the people who attended all enjoyed the excitement of the day. United States flags and a lot of red, white and blue was all over the community of Mandaree during the many events and throughout the day. Saturday’s Fourth of July celebration was a success in every way because of the hard work of many West Segment volunteers and employees.  The Mandaree celebration that takes place every Fourth of July which has been commonly referred to ‘Bakken Days’ and it allowed the community to showcase the community fervor and the amazing talents of the people from the West Segment and MHA Nation.

Following the parade on Saturday, there were Indian Relays and other races that took place at the track west of the On A Slant Rodeo Arena. There were pony races and individual races that preceded the much-anticipated relays that took up the better part of the afternoon. Immediately after the relays and races, the many spectators all gathered east of the Mandaree pow wow grounds to watch the mud runs which was a welcome relief from the hot sun for the ones who took part in the event, whether that was on foot or in a vehicle.

There was also a classic car show and a Best Rez Car competition that day.

When the sun went down, it was time for dancing and fireworks. There were a number of contestants who competed in what was called the Street Clothes Dance ranging from tiny tots to elders. Councilman Randy Phelan enjoyed seeing the community come together and have fun together in family-friendly events and getting a chance to visit. The fireworks display that evening was provided by the West Segment office and it capped off a great day for the celebration and all of the people – both young and elder. 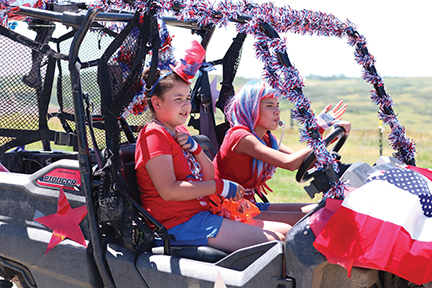